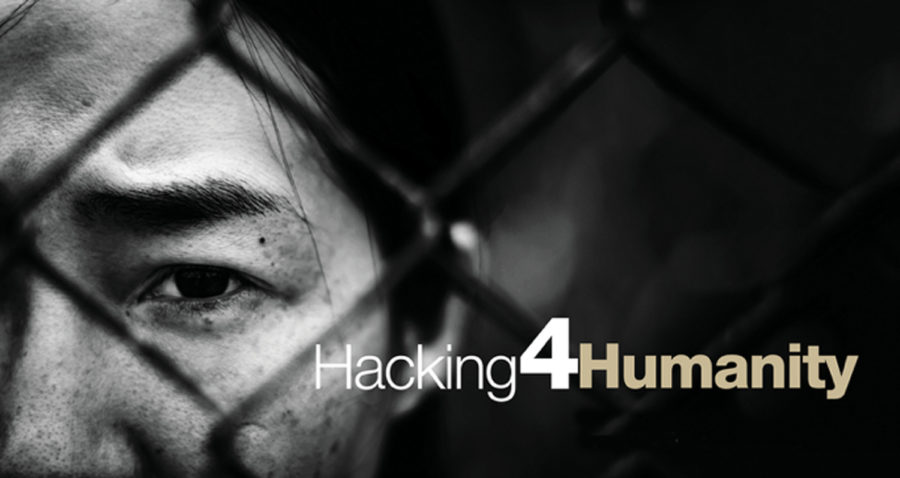 “Hacking4Humanity” is a 24-hour event where students work individually or in teams to build new technologies. The event has been met with controversy from some groups in Pittsburgh.

Organizers of Friday’s “Hacking4Humanity” challenge hope it will be the first of many at Pitt as students take on the problem of human trafficking. But some community groups have taken issue with the methods the event will use.

Hacking4Humanity is a hackathon, a 24-hour event where students will work individually or in teams to build new technologies. Other schools have held ones aimed at solving health-care issues to providing inspiring insights from big data to just “making cool stuff.” The theme for this event, hosted by the University of Pittsburgh Institute for Cyber Law, Policy, and Security, is human trafficking. Students will work in groups to build software or hardware prototypes of their conceptual solutions to the problem of human trafficking.

Those objecting say the event fails to address issues commonly related to efforts to reduce human trafficking, like increased policing of and violence toward consenting sex workers.

Beth Schwanke, the executive director of Pitt Cyber, said the event has two goals — building technology that addresses the problem of trafficking and bringing together students to think about how technology can help solve societal issues.

“We’d be thrilled if a workable prototype came out of the hackathon,” Schwanke said in an email, “but we’re also excited to be encouraging cross-disciplinary collaboration and encouraging participants to think about how tech can, and can’t, tackle big social problems.”

But some Pittsburgh organizations believe the event will cause more problems than it will solve.

The Sex Workers Outreach Project of Pittsburgh published an open letter signed by the Pitt Progressives and several other Pittsburgh organizations. The letter calls for the University to cancel the event on the grounds that it promotes creating technology that could disproportionately harm sex workers.

“These tools are not being sold to social service agencies,” Sage said. “They’re being sold to the police. Surveillance and criminalization of the sex trade don’t help anyone.”

In particular, she said, sex workers are being prosecuted more heavily and removed from social media platforms that had previously served as safe spaces.

“Their work is being more heavily criminalized, there’s a lot of sting operations, they’re being pushed off of platforms that were keeping them safe,” she said. “It’s a really huge safety concern.”

The term “sex worker” can apply to a wide range of occupations, and Sage said one of the major issues with these laws is that police have difficulty discerning between those who are victims are trafficking and those who are consenting to perform the acts they do.

While phone sex, stripping and certain other forms of sex work are legal, not all of the occupations that can be called such are legal. Prostitution, for example, is illegal in most of the United States. While technologies created in Hacking4Humanity are unlikely to be developed beyond ideas and general process to the point where they can be implemented, they can theoretically be used to prosecute sex workers, even though that isn’t what the tools were developed for.

Like the hackathon, laws that attempt to fight trafficking have been prone to criticism. FOSTA-SESTA was a bill voted into law by Congress last year that intended to target platforms that support sex trafficking. Some have argued that measures like FOSTA-SESTA are being misused because though they intend to reduce trafficking, they can harm consenting sex workers, and sometimes even cause an increase in trafficking.

Schwanke said the event would make efforts to make this important distinction and provide resources that would allow students to get informed about the topic.

“We’re mindful of the unintended consequences of technology,” Schwanke said. “The hackathon participants are being guided by background papers developed by GSPIA students that explore these issues. The prototypes developed by students will be judged in part on their consideration and limitation of impact on non-relevant populations and we have taken care in selecting mentors for the hackathon that will provide students with guidance on ethical development of technology.”

Jason Ficorilli, a junior information science student who sits on the steering committee of Pitt Progressives, said this is a step in the right direction, but what the event really needs to do is talk to those communities that are being affected by the policies or technologies that are being used.

“Whenever you attack some kind of social issue, I think it’s important to consult with the people who are affected by it to see if your intervention is wanted,” Ficorilli said. “We saw that members of this community didn’t want it.”

While the University has not published a response, it did send a letter back to SWOP, Sage said.

“We did get a letter back from the organizers,” Sage said. “What they said is they are not looking to do any harm to the sex work community and that part of the judging criteria is that it targets the intended group.”

But Sage is still troubled that the University is asking students to tackle the issue.

“There’s really no clear way to do that, and I’m concerned about the fact that as a University that they’re asking undergrads, as well as grad students, who don’t have a grasp of the politics of all this to somehow come up with technology that’s only going to target one group and not the other,” Sage said.