What are the odds: Friday March Madness 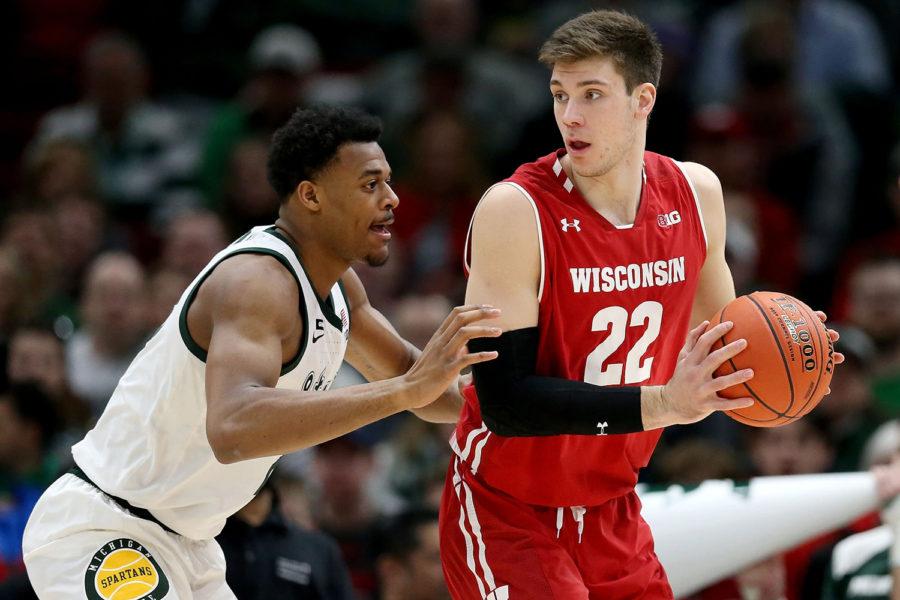 Ethan Happ (22) of the Wisconsin Badgers.

Before spring break, I went 4-2 in some NBA picks, bringing my season record to 33-21. I’ve been on a hot streak, and hope to continue that this weekend during the best sporting event of the year — the NCAA Men’s Division I Basketball Tournament. Will Duke and projected No. 1 NBA Draft pick Zion Williamson take home the National Championship, or will the annual “One Shining Moment” song play after the confetti falls for a different winner?

The first weekend of the tournament is always a spectacle, filled with upsets and exciting games — and it’s the best weekend to gamble, with games on all day Thursday through Sunday. Let the Madness begin.

Analysis: Two teams that struggled this season during conference play will face off in the South Region 1st Round. The Ole Miss Rebels finished 10-8 in SEC games, while Oklahoma went 7-11 in the Big 12. Both teams have signature wins against top 25 teams — Ole Miss beat No. 14 Auburn twice in the regular season, and Oklahoma beat No. 17 Kansas on March 5. Junior guard Breein Tyree leads Mississippi in scoring at 18.2 points per game. He’s known for his elite athleticism, often finishing with powerful dunks.

Trae Young, the eventual No. 5 pick in the 2018 NBA Draft, led the Sooners in the tournament last season. With Young now shooting long threes in the NBA, senior guard Christian James has stepped up to lead Oklahoma in scoring with 14.4 points per game. He improved nearly every statistical category this season from last. But the SEC was definitely a more competitive conference this season, and that should give Ole Miss the edge.

Bet: Ole Miss covers and bet the under.

Analysis: Surprising to many, the UC Irvine Anteaters — yes, you read that right, the Anteaters — come into March Madness with one of the longest active win streaks at 16 consecutive games. It’s only the school’s second appearance in the NCAA Tournament, after losing to Louisville 57-55 in 2015.

UCI’s opponent, Kansas State, will likely be without star forward Dean Wade who injured his right foot March 9. Wade averaged 12.9 points and 6.2 rebounds per game this year, helping the Wildcats end rival Kansas’s reign of 14 straight Big 12 regular season titles. Kansas State finished with a 14-4 conference record, earning a share of the Big 12 title with Texas Tech. The Wildcats may struggle against the tough defense that UC Irvine brings — the Anteaters only allow 63.3 points per game, good for 19th in all of Division I. Mid-major teams that dominate their conference are the ones to keep an eye for when picking upsets, and UCI went 15-1 in the Big West. There’s a reason Obama picked them in his annual bracket.

Bet: UC Irvine will pull the upset by covering the spread and bet the over.

Just in the nick of time: My brackets have never been my one shining moment, but here we go again. You can check out my #MarchMadness picks here: https://t.co/c3bjNrIo4w pic.twitter.com/EcCUdnZjun

Analysis: Needing to win the Pac-12 Tournament to qualify for the NCAA Tournament, Oregon rattled off eight straight wins entering the tournament, including a 68-48 win over Washington in the Pac-12 Championship. Thanks to the stellar play of junior point guard Payton Pritchard, who won Pac-12 Tournament MVP, the Ducks have upset hopes on their mind. First-year forward Louis King leads Oregon in scoring with 13.1 points per game, and the former McDonald’s All-American is ready for the big stage. Oregon head coach Dana Altman brought the Ducks to the Final Four in 2017 before losing to eventual National Champion UNC.

Wisconsin is back in the NCAA Tournament after missing out last season, which ended the Badgers’ 19-year streak. Senior Ethan Happ averaged 17.5 points and 10.1 rebounds this season and has started all 138 games in his Wisconsin career. Getting an NCAA Tournament win would add to his illustrious career, but Oregon’s speed and athleticism will be difficult for the Badgers to overcome.

Bet: Oregon covers the spread and bet the over.

Analysis: Duke is the No. 1 overall seed for a reason. The return of Zion Williamson propelled the Blue Devils over rival North Carolina in the ACC semifinals and then Florida State in the ACC Tournament Championship game. There were talks of Williamson not returning to play after his ripped sneaker incident, but he’s back and Las Vegas noticed. Duke has the best odds to win the National Championship (2-1) since the 2014-15 Kentucky team that was undefeated until a Final Four loss. The Blue Devils are nearly everyone’s pick to win it all, and they deserve it after proving they’re nearly unstoppable at full health.

North Dakota State beat North Carolina Central 78-74 in its First Four game on Wednesday night. The Bison finished third in the Summit League regular season, but qualified for the NCAA Tournament by winning the conference tournament over Omaha 73-63. Playing against Duke and their roster filled with NBA talent is a once in a lifetime opportunity for North Dakota State. It’s unlikely they follow UMBC’s footsteps and upset a No. 1 seed, like what happened to Virginia last season, especially because Zion Williamson will be playing in his home state of South Carolina. The hometown fans in Columbia could motivate Williamson even more.

Bet: Duke covers and bet the over.