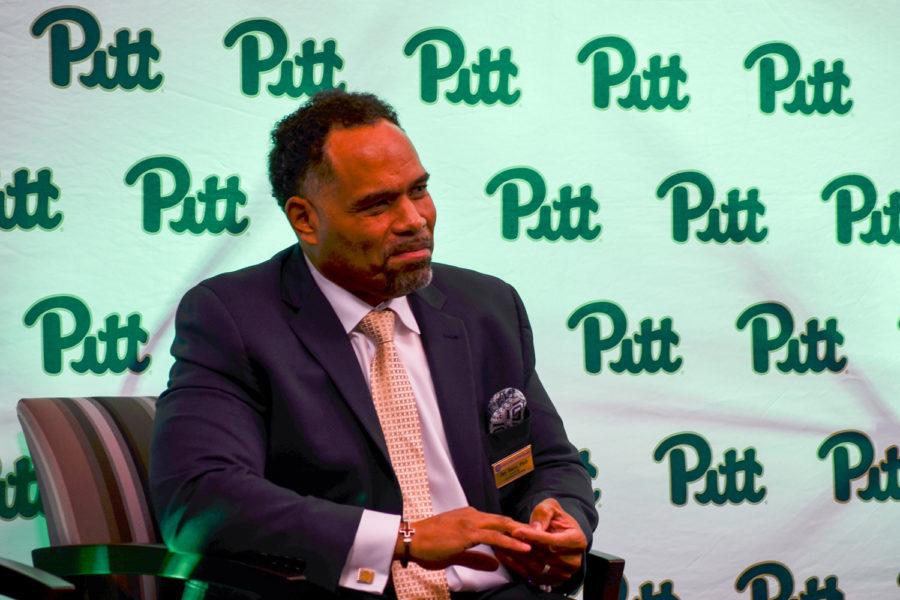 For the first time since being hired in January 2019, Pitt’s new Counseling Center Director Jay Darr made a public appearance at a Town Hall Thursday night, where he used the opportunity to address student concerns and discuss changes he’s already made to the center.

“Everyone comes to the Counseling Center for different reasons,” Darr said. “The most common are anxiety and depression, but whatever the issue is, it’s our job to be receptive to students’ needs.”

To start the Town Hall, SGB President Maggie Kennedy and RSA President Sam Smallwood asked Darr a series of questions their respective organizations gathered after surveying the student body about their mental health concerns on campus. Many, according to Kennedy and Smallwood, hoped the Center would add more staff to help combat students’ growing need for mental health care on campus.

“The key phrase is ‘clinical necessity,’” Darr said. “We may not have the resources to serve all your needs, but we can and will direct you to those specialists who can.”

Darr emphasized the importance of maintaining a short-term model. He said, “long-term therapy is not an ideal situation.” But some students, including sophomore marketing major Sarah McCafferty who frequents the counseling center, said mental health is a chronic issue that demands long-term treatment right on campus.

“I understand that the Center is sometimes starved for resources, but most people who deal with mental health issues struggle for a long period of their life,” she said.

McCafferty also raised concerns about communication between counselors and patients. She said more than one of her appointments had been rescheduled or canceled due to counselors penciling in the wrong date. And for group therapy sessions, many were canceled simply because her group members failed to show up.

“My counselor told me before break that [my counseling sessions] switched from weekly to bi-weekly to accommodate an influx of students,” McCafferty said. “I feel a little disrespected. It seems like the administration is just shifting access between students, anything to avoid hiring more people.”

Darr apologized to McCafferty. He said the Center is actively exploring alternative ways to communicate with students, including an app to notify students about appointments.

Dean Kenyon Bonner said one of the Center’s main initiatives was not just to inform more students about appointments and various services, but to bring the Counseling Center right to students — putting therapists and psychiatrists in University residence halls.

“We can’t hire our way out of this situation. No amount of counselors will eliminate student need,” Bonner said. “But we can extend the reach of our current staff.”

Part of extending that reach involves eliminating roadblocks to seeing a counselor in the first place, Darr said. Before Darr served as the Center’s director, he said, there was more than one method used in the “screening and intake” process. Darr said the Center has streamlined the paperwork so students need only fill out one set of forms to receive a care package.

“That’s part of our strategy to eliminate wait times,” Darr said. “If we can process students’ information faster and demystify the process, we can help more students.”

But Kennedy said many students who manage to sit down with a counselor still feel concerned it’s an ill-fitting set-up.

“A lot of students have expressed concern that the Counseling Center doesn’t have a diverse enough staff to identify with students’ struggles,” she said.

Darr said, unfortunately, the counseling profession simply isn’t diverse. But he wants the Center to take steps to ensure every student feels represented when they walk through the doors of Nordenberg Hall. The first step, he said, is using inclusive language in paperwork.

“Small things like including everyone’s gender identity on the form you fill out to receive a care package,” Darr said. “We’re also working on including pictures of our staff on our website so students who are of a certain race or gender can feel comfortable.”

Bonner said the University is developing search committees to identify more diverse candidates to hire for the Counseling Center. He said diversity and inclusion training, which is mandatory for all counselors, plays a huge role in ensuring caregivers treat all patients with respect, regardless of their identity.

Part of that process includes hearing student concerns through student leaders like Eric Macadangdang, the Wellness Chair of SGB who serves on Pitt’s mental health task force. Part of Macadangdang’s job, he said, is to field student concerns about the Counseling Center, and he wants to make sure students’ voices are heard as much as possible.

“I wonder what you’re doing to bring students to the table to give them voice rather than just have admins make decisions behind closed doors,” Macadangdang said.

Darr did not outline a specific policy to incorporate students’ voices into the Center’s decision-making, but he emphasized the importance of listening to students’ concerns.

“I think we should create some sort of larger student group to discuss concerns about mental health on campus,” Macadangdang said. “I, as the wellness chair, could really bridge the divide between the administration and students’ wishes for mental health policy on campus.”

But Macadangdang said hosting events like the one last night, where students could air their grievances about the Counseling Center and pose questions to the director was a great first step in improving communication between students and administration about mental health.

“Mental health is [an issue for] a lot of students when they come into a new environment like college,” Macadangdang said. “I hope with our new Counseling Center director, more programming and more collaborations like we’re doing with this event, we can truly make students’ mental health a top priority at Pitt.”