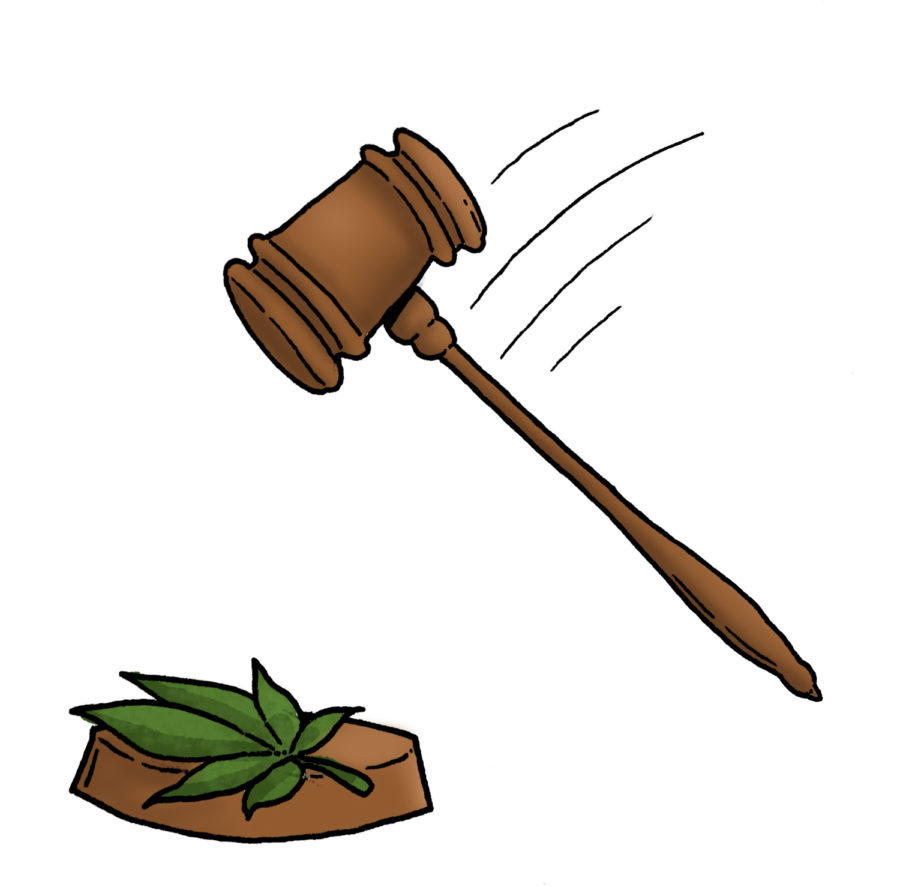 In a world where even presidential candidates are comfortable talking about their experiences with marijuana, it seems recreational and medicinal marijuana use is no longer such a taboo subject.

A 2018 study from the Pew Research Center found 62 percent of Americans support the legalization of marijuana, a 200 percent increase from 2000, when only 31 percent supported legalization. While the public’s growing support and Pittsburgh’s decision to decriminalize marijuana in 2015 mark progress in reducing stigma surrounding cannabis use, there is still inequality regarding who is being targeted for using it.

On March 18, Democratic Sens. Daylin Leach and Sharif Street proposed Pennsylvania Senate Bill 350, an extremely progressive cannabis legalization bill. This is just one bill in a series of calls for the legalization of marijuana in the state, with a similar bill proposed in the house in September 2018 by Rep. Jake Wheatley. In the push for meaningfully combating racist practices, creating legal opportunities for medicinal and recreational marijuana users and bolstering the state’s economy, approving SB 350 is an instrumental move.

The movement to legalize marijuana makes sense, as cannabis isn’t the “devil’s lettuce” my fifth-grade Drug Abuse Resistance Education program warned me about. Marijuana is regularly used to treat chronic pain, addiction, depression, social anxiety and post-traumatic stress disorder and even to subdue the side effects of chemotherapy.

Pittsburgh took the first step toward amending the flawed justice system surrounding marijuana in 2015 when the City Council passed a decriminalization ordinance.

Decriminalization does not mean that cannabis use is legal, but rather that law enforcement officers can choose to issue citations to individuals suspected of offenses, rather than arresting them.

Decriminalization has not stopped the unequal treatment the bill was aimed to reduce, especially for black men and women. Of Allegheny county’s 2,102 cases of misdemeanor possession of less than 30 grams of marijuana in 2016 and 2017, 51 percent of defendants were black. This is a staggering number considering only 13 percent of the population is black, yet white and black Americans tend to use the drug at similar rates.

As expected, the number of arrests for marijuana possession dropped by 160 arrests in 2016. But surprisingly, the number jumped right back up to more than 700 in 2017, eventually surpassing 2015’s total. Ryan Deto, a staff writer at the Pittsburgh City Paper, explained that part of the reason decriminalization was ineffective was its non-compulsory nature.

“Without comprehensive data available, Pittsburgh marijuana-reform advocates aren’t sure exactly why the arrests rose in 2017,” Deto said. “However, they say some actions left the door open for officers to ignore the ordinance, which could be a factor, along with others, in the rise of arrests. Advocates are also upset that the ordinance has had virtually no effect on shrinking the disproportionate gap in which black and white people are arrested for marijuana possession.”

Rather than giving officers the option of issuing reduced consequences, Leach and Street’s bill aims to make tangible changes in the criminal justice system. SB 350 commits to expunging convictions for possession charges less than one ounce, including commuting prison sentences for those currently serving time. Sen. Street explained on Instagram that this bill doesn’t simply look forward, but aims to amend the injustices currently plaguing the justice system.

“Restorative justice must be a part of any effort to legalize the use of cannabis anywhere,” Street said. “An end to the prohibition of cannabis in Pennsylvania is overdue. The economic imperatives for our commonwealth are too great as is our moral mandate to correct the damage that disparate enforcement of our Marijuana Laws has done throughout numerous communities in Philadelphia and across the commonwealth.”

Pennsylvania spends about $500 million annually to arrest, prosecute and monitor marijuana-based crimes, impacting roughly 25,000 people every year. The state is misusing funds they cannot afford to lose and missing out on tax revenue that could bolster infrastructure. SB 350 proposes allocating the revenue from taxes on cannabis to public education subsidies. Failing to legalize marijuana is simply ignoring an economic opportunity that could truly make an impact.

Beyond correcting previous issues, Sens. Leach and Street propose a liberal approach to the legalization of cannabis in the state. There is no hard cap on business licenses, meaning anyone who meets the regulatory standards and has the funds to buy into the cannabis business can apply for a license to grow or distribute marijuana. While public consumption would still be prohibited, licensed lounges would provide a legal space for social consumption.

As it stands, Pennsylvania’s marijuana laws give police officers too much leeway for unequal enforcement. Officers are able to act upon internal biases and persecute black people more harshly than their white counterparts. SB 350 sets a clear procedure for the treatment of individuals who consume marijuana rather than relying on officers to decide whether or not to punish a person for infractions.

As the only way to meaningfully respond to social justice issues and take advantage of the economic opportunities a growing cannabis industry offers, legalization is critical. Senate Bill 350 offers a tangible, logical and innovative way to rectify previous missteps and move toward a more prosperous future for all Pennsylvanians.