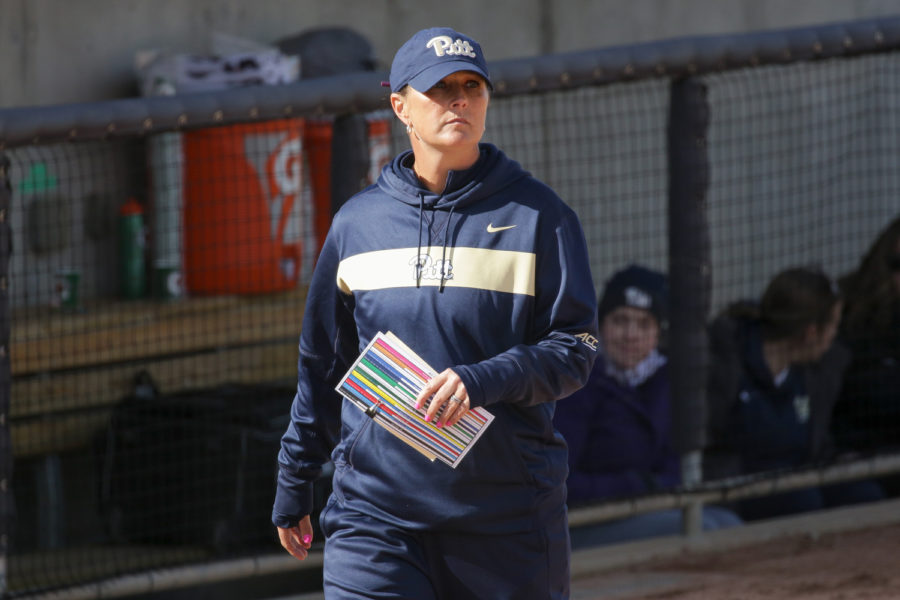 This past summer was one of change for both Pitt softball and baseball. Both programs brought in new head coaches in an attempt to solidify the programs as contenders in conferences that traditionally provide stiff competition. But despite strong foundations to build upon, both coaches have struggled to pick up wins in the opening months of their tenures. Pitt fans will have to be patient if they want to see results.

Jodi Hermanek, formerly the head softball coach at Ohio University, was named to the head position of Pitt’s program in August 2018 after former head coach Holly Aprile left for the same job at Louisville.

Hermanek’s resumé is just as impressive as it is long. In 14 seasons as head coach at Ohio and Southern Utah University, she amassed 397 wins, four conference tournament titles, three regular season conference titles, four NCAA tournament appearances and is the winningest coach in Ohio University history.

Despite a successful four-year run that featured three 30-win seasons, an ACC Coastal division championship and the program’s first NCAA tournament berth, Pitt softball was still struggling to find success in postseason softball. That’s where Hermanek’s experience building a perennial contender at Ohio and Southern Utah was supposed to impact Pitt softball the most.

Hermanek inherited a hungry, veteran-laden squad that, despite losing valuable contributors on offense and on the mound, returned a solid defense and 2018 All ACC selection in senior infielder Olivia Gray.

Entering this season, Hermanek seemingly had all the tools needed to lead Pitt to another successful season. But the Panthers are off to an abysmal 4-25 start, already exceeding their total losses from last season by seven games. The Panthers have suffered injuries to a number of key starters, which has thrown some young and inexperienced players into the fire early.

The Panthers’ pitching staff has taken the brunt of those setbacks. First-year Abby Edwards has had to shoulder much of the load for an undermanned staff. Edwards has already appeared in 18 games this season and pitched 58.2 innings, but has struggled. She currently holds a 5.61 earned run average and has struck out only 14 batters compared to 34 walks.

Defense and pitching are two aspects the Panthers hoped to hang their hat on once again after strong performances from those units in 2018. But the Panthers currently rank dead last in the ACC in team ERA and are 10 out of 12 teams in fielding percentage.

The bottom line is that what worked for the Panthers in 2018 is not working for them in 2019. They aren’t hitting for power, nor are they defending or pitching at as high a level as they were when they won a Coastal Division championship a year ago.

Much of those struggles can be attributed to injuries and having to force inexperienced players into new roles, but that ties into another problem that started long before their first game –– they need to find their identity.

The Panthers clearly relied on their pitching and defense to carry an offense that could be inconsistent at times last year. This year, no phase of the Panthers’ game is accounting for or covering another. With a new coaching staff, that’s understandable. Adjusting to new coaches and expectations can be difficult, but for a team with as much returning talent as the Panthers, the sudden decline is somewhat inexplicable. But with more than a month left, there is still time for Hermanek to turn things around.

As for Pitt baseball, it was left in a more precarious situation than the softball program. After the Panthers fell to Louisville in the ACC tournament and missed out on the NCAA Tournament for the 23rd straight year, head coach Joe Jordano resigned after 21 seasons at the helm.

Bell brought plenty of high-level experience from some of the nation’s top programs. He has coached teams to the College World Series four times, including twice at his last job in Tallahassee, where, in addition to being the associate head coach, he was also the pitching coach for the powerhouse Seminoles.

Bell had to embrace a new challenge when he accepted the job at Pitt. In the last six seasons, Pitt has finished with a winning record. But compared to Florida State’s eight ACC championships and a 43-year NCAA Tournament appearance streak, it was clear that Bell was in for a rude awakening.

Baseball has not fared much more fortunately than its counterparts on the softball field in the young season. Pitt’s record currently sits at 7-15 overall and 1-8 in the conference play.

It appears that Bell’s heralded experience as a pitching coach has not yet rubbed off on his staff so far. The Panthers once again occupy the cellar of the conference in ERA, hits allowed and runs allowed. And like in softball, the Panther offense has struggled. They rank last in home runs and runs scored, and second-to-last in batting average.

For baseball, the source of their struggles are more easily identifiable. The Panthers lost multiple key contributors from their 2018 squad. Infielders Frank Maldonado and Liam Sabino, Pitt’s two biggest offensive contributors from a season ago, were lost to graduation and the draft, respectively. Matt Pidich, 2018 team leader in ERA, was also drafted and signed by the Cincinnati Reds.

Bell, unlike Hermanek, is building his program largely from the ground up and will need time before he can find the kind of success he was accustomed to at Florida State. It will be an adjustment, given where Bell came from, and there is no quick fix. Building Pitt baseball into a successful program requires the kind of player development that takes multiple seasons to yield results.

There is still time for both of these programs to turn things around, but early returns are not promising. Plus, both teams are already in the thick of ACC play, where they will face their most challenging competition. However, while these struggles are concerning, it’s unreasonable to judge any coach on their first season, let alone their first 30 games. Both Hermanek and Bell have impressive resumés, but have found their new jobs to present obstacles that will take time to overcome.