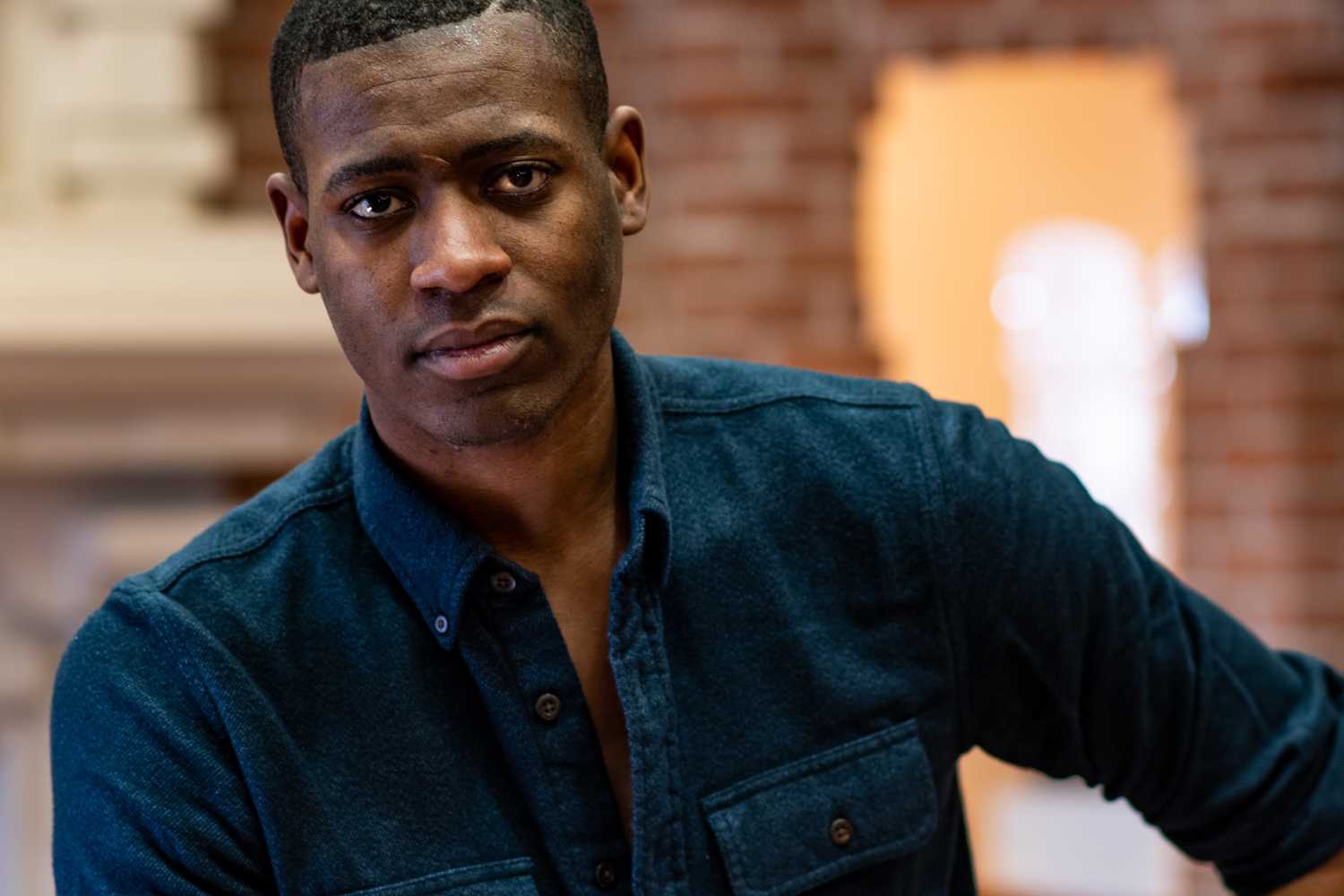 On the bus rides home from his college classes, scenes would pop into Teophiel, or Teo, Weston’s head from TV shows and movies. These scenes would become so real for him that he would “fall into the moment” and start performing a character right on the spot.

“I wanted to make sure [the interest in performing] was real and it wasn’t just a phase, it was something I should consider doing,” Weston said. “I was like, ‘I know this was crazy, I don’t want to be doing this around people,’ and they’ll be like, ‘What’s going on with that guy? He’s off.’”

“When we have real emotions, in our head it’s less dramatic and it’s so real it becomes something that someone can feel,” Weston said.

“When we have real emotions, in our head it’s less dramatic and it’s so real it becomes something that someone can feel,” Weston said.

Weston grew up in Gainesville, Florida, in a large, diverse family, living with both his immediate and extended family. Weston initially attended the University of South Florida, but he was going to school without studying a subject he was passionate about.

“I guess the financial clock hit for me around 19 or 20,” Weston said. “I felt the need, like you need to do something with your life.”

Weston’s father had gotten a job in Pittsburgh at Highmark after he graduated from high school, and when Weston decided he wanted to transfer from USF, he went to stay with his father for the time being.

His first semester at Pitt, the fall of 2016, was not easy. Biology “tore him apart” while calculus “did him in.” But the following semester, seeing that Pitt offered introduction to theater classes, he decided to pull from his elementary-school acting experience.

“I figured I need to put this energy somewhere, so that led me to taking Introduction to Theater,” he said.

Weston, now a senior communication major, strayed away from studying theater arts because he felt he was more of an on-camera actor than a theater actor, but still finds what he took from the class valuable. According to Weston, one of the most important things he learned and continues to develop over time in his short film and television projects is how he connects with individuals. He discovers different ways to interact and feel the various emotions that aren’t his own.

“I like the process of finding things that are so distant from me and really forcing myself to see things from their point of view,” Weston said. “I think with a lot of these characters, I come in with a viewpoint that it’s not the fact that I don’t have those traits, they’re just the traits that didn’t develop in me, so it’s like growing seeds of these different personalities over time to carry out these roles on screen.”

Weston spends his time getting into character, making sure he goes through his personal process to get his performance down.

“Knowing that I can fail horribly — to some people, that’s terrifying — but to me, it’s so motivational,” he said. “If I don’t do the proper process and the proper development for my character, I’m going to look like a fool on screen. I need to make sure I come ready to deliver.”

“Knowing that I can fail horribly — to some people, that’s terrifying — but to me, it’s so motivational,” he said.

Early on in his career, Weston starred in the short web series “Halftime,” produced by former Pittsburgh local Matt Demblowski, which chronicles the antics of football players during the 12 minutes they have during a halftime period of the game. This is where Weston first met Brenden Peifer, a senior communication and English writing major, who played a quarterback in the series.

Peifer enjoyed working with Weston on the series, and recalled times when they and the cast would tell jokes and old stories about sports they played in high school while they were waiting to get started on rehearsals.

“Teo is a firecracker. He can lighten up any room,” Peifer said. “He was just a blast to be around. He’s so incredibly personable that when I first met him, that was the impression I got, this guy can talk to anybody.”

Even though Peifer and Weston haven’t taken any classes together, Peifer still got along well with him and spoke positively about his experience working with him.

“We’re definitely friendly acquaintances and I think even in a relationship like that, like he’s definitely a really caring guy and he’s happy to hear other people doing well, so you want him to succeed just as much, you know?” he said.

Weston faced many new challenges in each of his acting experiences, including his most recent work in a film called “Don’t Listen,” which is still in post-production and hasn’t yet been released. In it, Weston plays the lead character Jake, a barista with schizophrenia who does art in his free time. Conflict arises when an old flame of his pops back up into his life, causing the voices in his head to take over.

“I think this is the first time I had being the lead role in a short film, and knowing that everything relies on you, you need to come ready to go because you affect the whole flow of the set,” Weston said.

Weston explained when he was in an extra role, he was in the background, leaving little pressure on him to hold up a scene or co-stars. He had much more weight on his shoulders as the lead in this film.

“Knowing that you need to embody and fill this character through and through, and how you come in is how you will affect your peers and your castmates’ interaction with you,” he said. “I remember one of the setup times taking almost an hour and a half, but when the hour and a half has passed and they're saying like, speed, sound, action, you need to be ready to go on that point.”

Brad Ryba, the director of “Don’t Listen,” was impressed by Weston and his dedication to his craft. According to Ryba, Weston’s confidence in taking charge of his interpretation of the lead character was one of the main things that landed Weston the role.

“There were several times during the auditions, and also when we were in post-production going over some of the takes, he would have these little mannerisms, whether it's like a facial tic or just the way he would kind of posture himself when he was saying certain lines,” Ryba said. “That's how [Jake] should look, and it gave me the sense that Teo thought beyond just how he was going to read the lines. He really embodied the character.”

Jake is an artist, so Ryba and his team commissioned a professional to create drawings in Jake’s sketchbook. At one point upon looking at the sketchbook, Ryba came to find sections of the book filled with doodles that weren’t commissioned from the professional artist. When Ryba asked Weston about it, Weston revealed that he had drawn them, showing even though he was not a sketchbook artist, he worked to get into the headspace of the character who was.

In addition to acting, Weston impressed Ryba with his dedication to the whole of the film process.

“We cast him for his acting ability, not exactly for his artistic talent — although Jake is an artist,” Ryba said. “If one of the grips needed help on something, [Weston] would stop what he was doing and say, ‘Hey, can I help you with that?’ if he wasn’t being used in the scene at that time. I’ve never really seen that quite often in an actor, to have an interest in the project to the point where they’re like, ‘How else can I help?’”

These on-set experiences have given Weston an opportunity to explore what it means to be an actor, in conjunction with what he learns in the classroom.

“[Being on set] gives you that experience and repetition you need to be able to employ those techniques and help you to really fall into character to the point where you're not watching acting, you’re just watching someone live,” Weston said.