What are the odds: March Madness Sweet 16 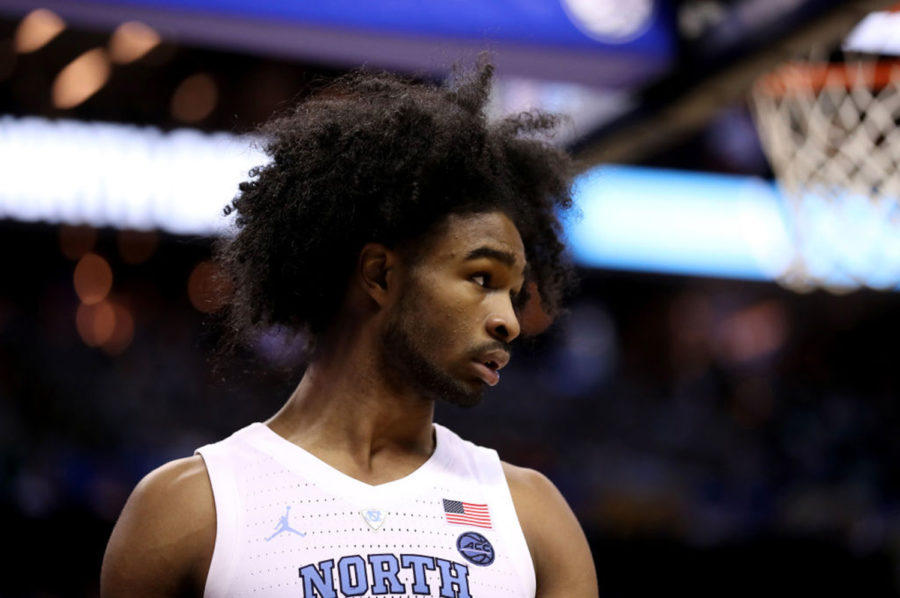 Coby White (2) of the North Carolina Tar Heels looks on against the Duke Blue Devils during their game in the semifinals of the 2019 Men's ACC Basketball Tournament at Spectrum Center on March 15, 2019 in Charlotte, North Carolina.

The first weekend of the NCAA men’s basketball tournament passed without many major upsets, save for No. 12 seed Oregon, the only team not seeded No. 1-5 remaining. I went an even 4-4 in my picks last week, bringing my season record to 37-25. I’m hoping for some exciting games during the Sweet Sixteen this weekend with plenty of good options to bet on.

By the end of the weekend, we’ll know who’s playing in the Final Four, but first come some Sweet Sixteen games on Friday night. All four of the games on Friday are the top four seeds from the regions, potentially making for great-quality games.

Analysis: One of the more impressive runs this NCAA tournament that may be getting overlooked is that of the LSU Tigers. Yes, they won the SEC Regular Season Championship, but they’ve been without head coach Will Wade since March 8, when he was suspended indefinitely for an alleged recruiting scandal recorded on an FBI wiretap. Interim coach Tony Benford has led the Tigers to wins over Yale and Maryland, thanks to great plays from sophomore guard Tremont Waters and first-year big man Naz Reid. The two have put on a show so far, including tons of fast-break dunks — as LSU thrives in transition.

The Michigan State Spartans are in their 14th Sweet Sixteen under head coach Tom Izzo, but has struggled to move on in recent years. Led by junior guard Cassius Winston, the Spartans won the Big Ten Championship over Michigan 65-60. Winston has averaged 18.9 points per game this season, but will have a tough matchup with LSU’s guard tandem of Waters and Javonte Smart.

Bet: Take LSU to cover and bet the under.

Analysis: The Tigers are known for their fast-paced style of play, and they used it to their advantage when they beat No. 4 seed Kansas 89-75 last weekend. The Tigers are no strangers to upsets, as they destroyed Tennessee 84-64 in the SEC Tournament Championship. Senior guard Bryce Brown leads Auburn with 15.9 points per game, but he might struggle against the depth of North Carolina.

The North Carolina Tar Heels are off to a strong start in the NCAA Tournament, beating both Iona and Washington easily. The duo of first-year guard Coby White — 16.1 points per game — and former Pitt guard Cameron Johnson — 16.9 points per game — has led the Tar Heel offense with great shooting, while senior forward Luke Maye has dominated on the glass, averaging 10.6 rebounds per game. UNC looks dominant thus far and is prepared to make its third Final Four in the past four seasons.

Bet: UNC covers and take the under.

Analysis: Duke avoided one of the biggest upsets in NCAA tournament history when it beat UCF 77-76 in the second round. UCF’s 7-foot-6 center, Tacko Fall, was very disruptive to a Duke team without a true interior presence. But the Blue Devils got Fall in foul trouble, and he spent extended periods on the bench before fouling out in the final seconds. A projected top-five pick in the NBA draft, RJ Barrett, secured an offense rebound and a putback bucket to give Duke the win as Fall watched from the bench. It was a close call for the number-one overall seed, but Duke is ready for an ACC battle with revenge on its mind.

The Virginia Tech Hokies upset Duke 77-72 on Feb. 26 at home, and are ready to do it all over again. They’ll have senior guard Ty Outlaw back for this matchup, whose availability was doubtful after being charged for marijuana possession. Outlaw averages 8.7 points per game and shoots a team-best 45.6 percent from three. The size and versatility of junior forward Kerry Blackshear Jr. will be a matchup problem against Duke. The big man has averaged 14.9 points per game and 7.3 rebounds for the Hokies this season. If he can have a strong game, Virginia Tech could beat its conference rival once again.

Bet: Virginia Tech covers the spread, bet the under.

Analysis: After an easy opening-round win against Albenine Christian, the Kentucky Wildcats held on for a 62-56 win over Wofford in the second round. Sophomore forward and leading scorer PJ Washington hasn’t played in the NCAA tournament yet due to a foot injury. It’s unlikely he will play in the Sweet Sixteen. Instead, the Wildcats will rely on big man Reid Travis’ rebounding and guard Tyler Herro’s 3-point shooting. Kentucky’s young, but this talented roster now has to prove just how good they are against a tough Houston team.

The Houston Cougars are led by veteran coach Kelvin Sampson and allow only 60.8 points per game — good for sixth in all of Division I. It’ll take a strong defensive performance to limit all of Kentucky’s offensive firepower. The Cougars’ leading scorer, senior guard Corey Davis Jr., averages 17.1 points per game. He scored 26 points in a first-round win over Georgia State and followed it up with 21 points against Ohio State in the second round. If Houston can keep the Wildcats off the glass, the Cougars are in prime position to pull the upset.

Bet: Kentucky should cover and bet the over in this one.