Food pantry for students to open in Oakland 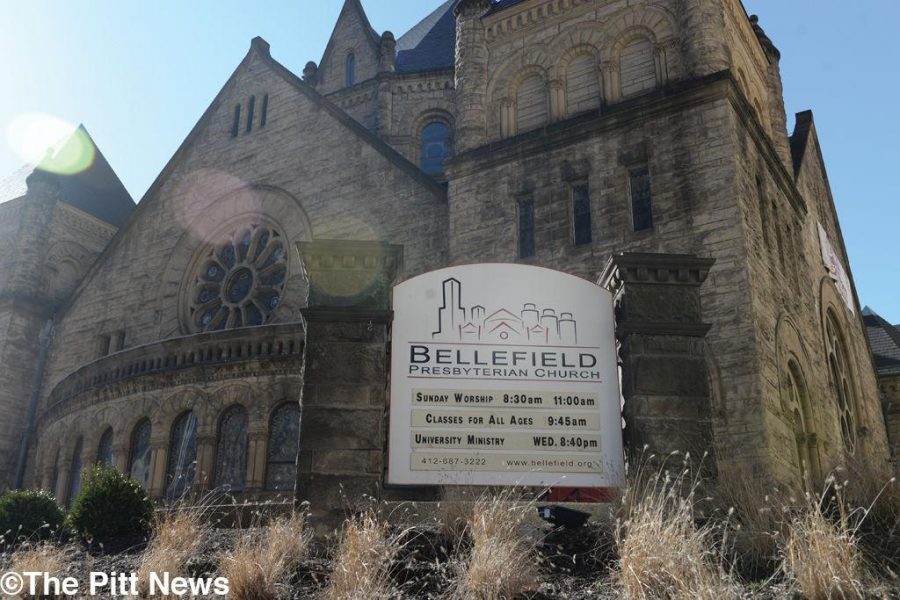 Pitt students may soon be going to church — to pick up groceries.

Some time this month, PittServes — a division of Student Affairs that connects students with service opportunities — will, along with Bellefield Presbyterian Church, open a food pantry for students and community members who may not be able to afford nutritious food for themselves. It will be located in the Bellefield Presbyterian Church, according to PittServes Director Misti McKeehen. The pantry will follow a “self-shop” model, so students can sign in, self-certify their needs and select the items that they like.

PittServes is establishing the pantry, McKeehen said, because it identified a need to tackle food insecurity on campus.

“During a conversation between administrators and graduating seniors, there was discussion surrounding students who were not able to afford reliable access to healthy food options,” she said.

Starting in July, an AmeriCorps VISTA member — who was awarded to the Office of PittServes to complete a year of service — will serve as the food pantry coordinator. The VISTA member will recruit and train volunteers to address food insecurity both on campus and externally, McKeehen said.

Food insecurity, according to the U.S. Department of Agriculture, exists when someone does not have consistent access to adequate food for at least some time throughout a given year.

A 2015 study in the Community College Journal of Research and Practice found that food-insecure students are more likely to have lower GPAs than students who report that they are food secure. In 2014, researchers at the University of Oregon found that 59 percent of students are food insecure.

While volunteering at the Oakland Community Food Pantry last summer, Lauren Gillespie researched the possibility of opening a food pantry for students on Pitt’s campus. Gillespie, a junior majoring in supply chain management, was conducting the research for PittServes as part of an internship.

“It was an eye-opening experience to be able to serve people who are in need of an extra hand,” Gillespie said in an e-mail.

Through her research, which profiled food pantries at other universities in the country, Gillespie discovered varying levels of provisions at those universities. For instance, she found that $10 meal vouchers exist at George Mason University, while the University of Mississippi’s well-established food bank has strong support from the University.

As it turned out, Gillespie found students were among the individuals who needed the extra hand.

“This experience helped fuel my research into having a food pantry on Pitt’s campus specifically for students,” she said.

Following her research, PittServes decided to open the pantry to address food insecurity on campus.

The SGB Wellness Committee has also supported the food pantry startup with advertising and planning sessions. The pantry will also provide students with more than a meal, according Jasmine Butler, the committee’s chairwoman.

“It will give students an opportunity to feel secure and nourished while trying to succeed in their academics,” Butler said in an e-mail.

Butler said she expects the pantry will have a positive reception on campus.

“I think there has been a great need for a food pantry at Pitt, and I am glad we can finally directly address food insecurity on our campus,” she said.

A 2013 British Medical Journal study found that it costs $550 more per year to choose nutritious options over unhealthy foods. That can create a huge dent in a college student’s budget, Gillespie said.

Gillespie’s research mirrored the results of these studies, and she concluded that food insecurity is common on college campuses.

The first food bank for college students was established at Michigan State University in 1993. According to Nate Smith-Tyge, the MSU food pantry’s director, the pantry demonstrated that it can help students be successful.

“The biggest impact that we see are the students that tell us that the food bank has helped relieve a stressor in their lives,” he said. “That has ramifications for things like completion rates, time for achieving their degrees. It has a ripple effect.”

Penn State University also runs a food bank for students, called the Lion’s Pantry. The pantry’s purpose, according to its website, is to “help supplement any Penn State student’s food budget by providing them with a weekly assortment of goods that are donated by community members and corporate partners.”

Smith-Tyge said this ripple effect goes beyond the stereotypical view of students eating ramen noodles so they can buy more beer.

“This is actually [about] students facing food insecurity,” he said.