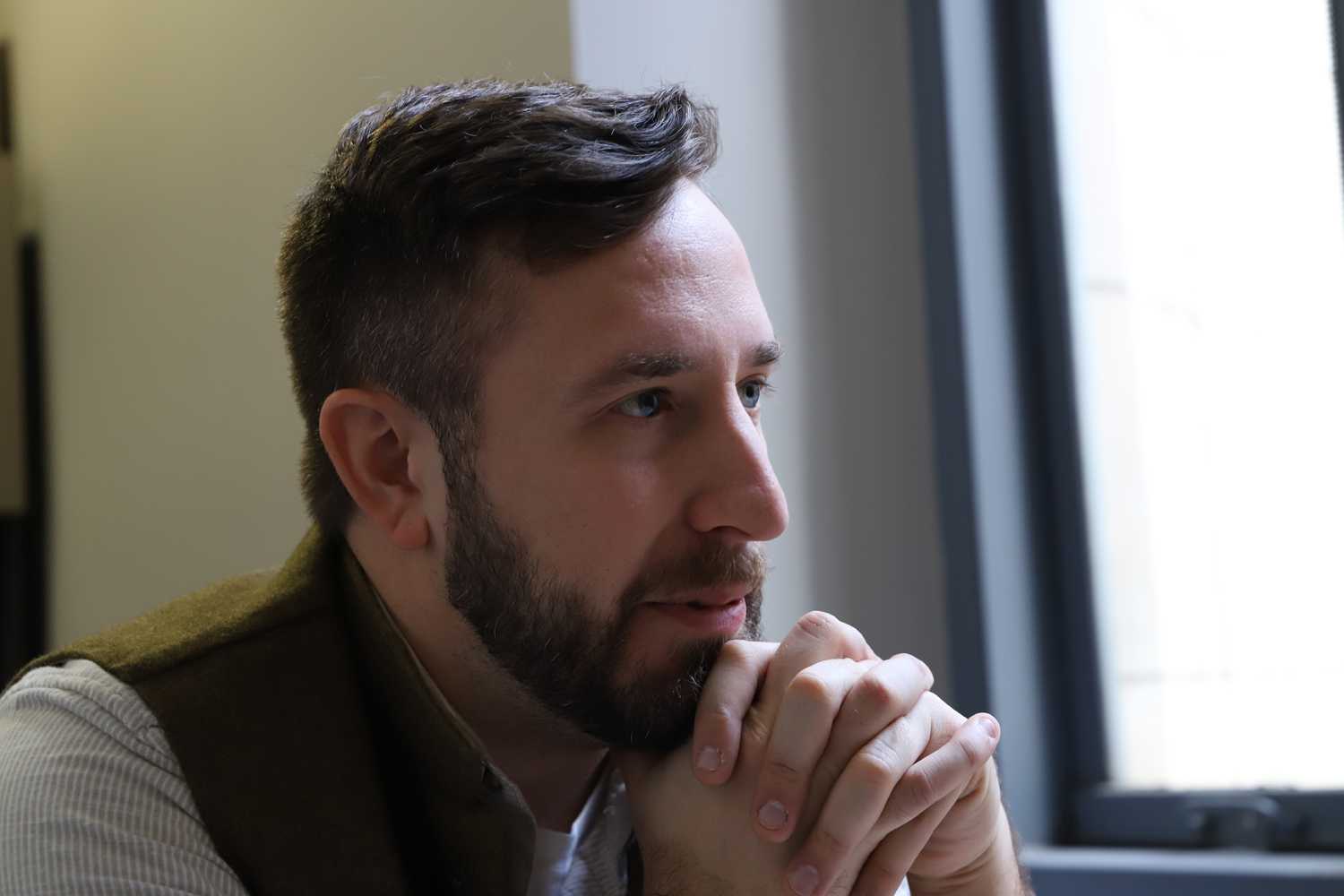 If you passed him on the street, you probably wouldn’t guess that this brown-haired, well-dressed faculty member could say he’s been an international criminal.

But Frank G. Karioris, a visiting lecturer in the gender, sexuality and women’s studies program, can. Wisconsin-native Karioris landed his job at Pitt last year after abruptly leaving his former job at the American University of Central Asia in Kyrgyzstan.

“I had upset some people by critiquing an activity that our university did,” Karioris said. “It was Diversity Week, universities all around the world have this. Our theme that year was Cinderella. Now, it’s already a really sexist and classist parable, but it got so much worse, they made it so bad.”

Karioris criticized the sexism and ethnonationalism in the university’s choice of theme. In April of last year, after some university officials were upset by the criticism, the Kyrgyz secret police — colloquially known by locals as the KGB — were called in.

By chance, Karioris was out of the country when the Kyrgyz secret police showed up at his apartment building to interrogate him. The police interviewed his colleagues at the university and told them that Karioris was going to be charged with inciting ethnic conflict because of his critique.

“The charge was accusing me of creating the racism by pointing it out,” Karioris said. “It’s one of those backward-running things, it doesn’t exist until someone said it exists, and by calling it what it is, you’ve created it. You’ve brought it into existence.”

After the secret police began investigating him, Karioris never returned to Kyrgyzstan, opting to stay in his native Milwaukee in the interim. All of his belongings remained in his apartment until a friend in a neighboring country flew in and packed some of Karioris’ belongings in a single bag. Later on, he found out that charges were never filed.

“I’m the director of the Center for Critical Gender Studies there, it’s part of my job to say something is sexist,” he said. “It’s literally part of the position to be the one being like, ‘We need to do things better because that is sexist.’”

Around the same time, a position opened up in the GSWS program at Pitt, and Karioris was looking for a job. The department was looking for someone to replace Todd Reeser, who is currently at a senior residential fellowship in Lyon, France. Pitt was looking for a professor who could cover Reeser’s class on masculinities, which aligned closely with Karioris’ interests.

Despite never having been to Pittsburgh, Karioris applied for the job at Pitt in May of last year. Last August, after he accepted the position, he moved from Milwaukee to Pittsburgh.

“Frank brings lots of value to Pitt, given his teaching experience outside of the U.S. and his research on masculinity, sexuality and higher education,” Beaulieu wrote in an email. “I recognized his deep appreciation for the practice of education, and intellectual exchange more broadly, right away.”

“Frank brings lots of value to Pitt, given his teaching experience outside of the U.S. and his research on masculinity, sexuality and higher education,” Beaulieu wrote in an email. “I recognized his deep appreciation for the practice of education, and intellectual exchange more broadly, right away.”

In addition to his teaching position at Pitt, Karioris released a book at the end of 2018, titled “An Education in Sexuality and Sociality: Heteronormativity on Campus.” The book, based on his doctorate dissertation, explores how educational institutions implicitly expect heteronormative relations between students.

“My current work, some of it builds on that,” Karioris said. “I’m doing work related to masculinity and neoliberalism and also work that talks about those things in relation to bride kidnapping in Kyrgyzstan — which is exactly what it sounds like, someone’s kidnapped, like, legitimately kidnapped — talking about that and how it relates to economic issues.”

Sharon Kelly, a visiting instructor in the GSWS program, said she was very impressed with Karioris’ wide range of projects.

Earlier in life, Karioris planned on becoming a high school history teacher. He obtained his bachelor’s degree at Marquette University, majoring in history, education and social studies. But halfway through his master’s degree in social development at the University of Sussex in England, he discovered a lot of his academic interests aligned with gender.

“Midway through my master’s, I suddenly turned to my friend Dan and I said, ‘Dan, did you know I’m doing a lot of work on gender issues?’ and he said, ‘That’s all we talk about, Frank, we only talk about gender, obviously that’s just true,’” Karioris said. “It was kind of one of those things where it didn’t really click for me until after the fact. So then I decided to go apply for Ph.D.s in that field to develop that further.”

After completing his master’s program in the United Kingdom, he moved to Hungary to pursue his doctorate in comparative gender studies with a specialization in sociology and social anthropology. After he finished, he was hired at American University of Central Asia in Bishkek, Kyrgyzstan.

“If you ask me in 20 years, ‘What are you really proud of?’ that will definitely be something I am very thrilled about, having played a role in working on the curriculum, and putting it together and founding the program,” Karioris said. “In May or June, not quite a year ago, we graduated our first student.”

When Karioris was working as a professor of sociology and anthropology at AUCA, some students approached him and the president of the university to ask if a program on gender could be formed at the university. Karioris worked hard for eight months to help found the first university gender program in all of central Asia.

“If you ask me in 20 years, ‘What are you really proud of?’ that will definitely be something I am very thrilled about, having played a role in working on the curriculum, and putting it together and founding the program,” Karioris said. “In May or June, not quite a year ago, we graduated our first student.”

Currently, Karioris is putting together a special topics class, focusing on empire and colonialism. He plans to have students take ownership of a book from a preselected list and have them figure out how to teach the book to the rest of the class. By featuring an academic book and a narrative book each class period, he hopes to instill a more holistic view of the world on his students.

“How we approach these topics is different in poetry than it is an academic book,” he said. “When we bring these things together, we’re able to see the world in a very different way."