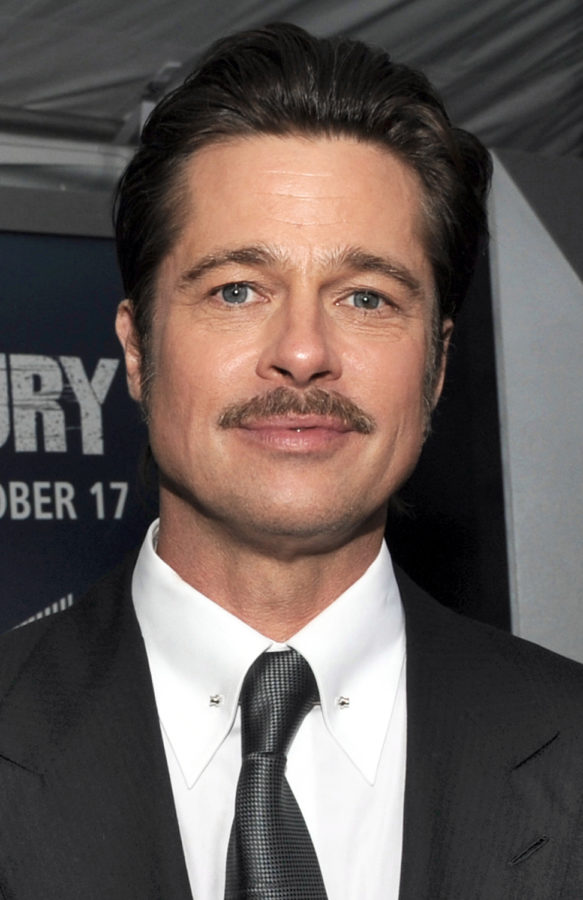 It is unlikely, but not impossible, that Brad Pitt will run for President.

By The Brad Pitt News Staff

Here at the University of Brad Pitt-sburgh, we adore our lord and savior, Brad Pitt. We believe all of his films deserve A+ ratings, but for today’s special April Fools’ Day edition, we are rounding up our favorite films done by the god himself. From “Fight Club” to “Moneyball,” we all have our No. 1 favorite film from our beloved Brad Pitt.

There are some roles that define an actor’s career and some that are completely forgettable. Brad Pitt’s performance in “Happy Feet Two” falls under the former category.

Pitt voiced the character of Will the Krill, not to be confused with Bill the Krill, who was voiced by Matt Damon. Will is an existential krill who learns that he is only one in a swarm of krill who look exactly like him and that his only point in life is to be the lunch of other ocean creatures. Will decides to move up the food chain and “chew on something that has a face” instead of living his life in constant fear of being eaten.

Pitt’s character goes on a journey of self-realization that is both thoughtful and provocative. “Happy Feet Two” proves that, just like Will, Brad Pitt is truly “one in a krillion.”

I bet you didn’t know that Brad Pitt was in this movie. I know, sometimes it can be easy to mistake Ryan Reynolds for Brad Pitt, as they are both People’s “Sexiest Man Alive” award winners, but Brad Pitt does indeed make an appearance in “Deadpool 2” — for about 4 seconds.

He makes a cameo as The Vanisher, and all he does is die. Brad Pitt is so accomplished and so loved within our culture that he only needs to be in a film for a matter of seconds, and then BAM — that film is an international box office hit. He has created such an unstoppable career that even a death scene, such as the one in “Deadpool 2,” is memorable. Many other celebrities made cameos in this film, such as Matt Damon. Matt Damon is another actor often compared to Brad Pitt, but I must say Damon does not compare to Brad Pitt, even in these small cameos.

Honestly, if you’re going to create an arrogant parody of a superhero who eventually suffers an existential crisis, leading him to take up his true passion (music), then Brad Pitt has to be the one to play him. Pitt may not have been able to portray Metro Man physically in this underrated DreamWorks production, but his vocal range is what really captures the transformation of a showy superhero into a mediocre, yet passionate and reflective artist.

The range Pitt displays in this animated feature is impressive. The booming, gallant timbre Pitt uses during his character’s back-and-forth with the resident titular super villain at the start contrasts mightily with the soft dulcet tones he speaks in after coming to terms with what he really wants in life. “Megamind” definitely did not get the attention it deserved when it was released in 2010, so those who have not yet experienced Pitt’s husky tenor attributed to a Superman-Elvis hybrid with great character development need to find and watch this film ASAP.

“Sinbad: Legend of the Seven Seas”

I didn’t even know that the illustrious Brad Pitt starred in this underrated 2003 DreamWorks film that I’d grown up loving. In my defense, Pitt completely blends into the character and even now, having seen more of his work, I wouldn’t be able to say that he was in it just by his vocal acting. Pitt, in his first voice-acting role, brought his usual A game as lead character Sinbad and seamlessly brings him to life.

Pitt wonderfully illuminates Sinbad’s emotional journey throughout the film — from an arrogant, brash and dishonest pirate who couldn’t care less about the consequences of his actions to a humble, selfless and truthful hero who is willing to own up to his faults and give his own life to save his friend’s. With only his voice, Pitt conveys genuine presence and heart — something plenty of actors can seem to miss when taking on voice roles. This only goes to show that even when you can’t see his entire physical performance, Brad Pitt, like Sinbad, is the stuff of legends.