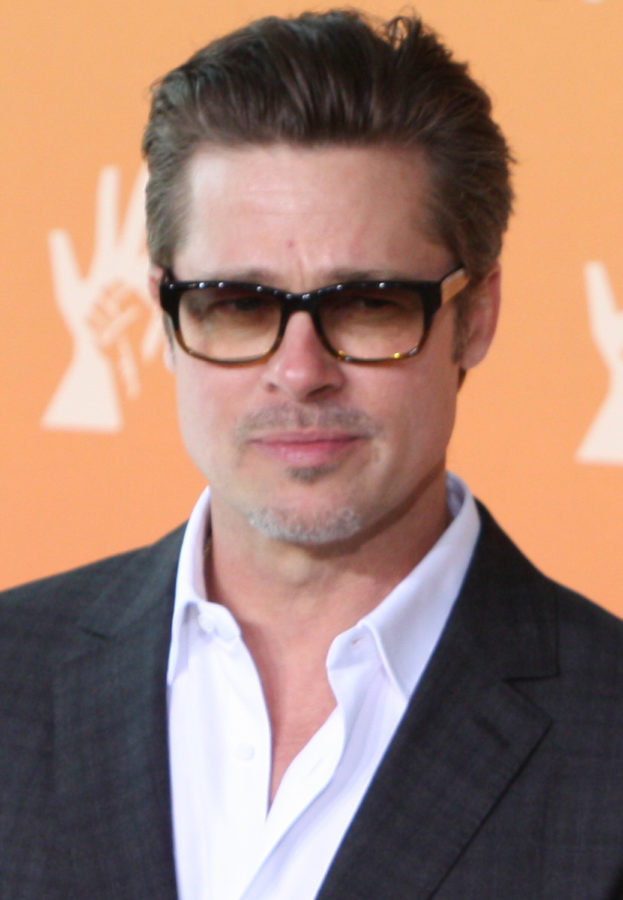 Actor Brad Pitt has decided to focus on his children amid his ongoing divorce proceedings with actress Angelina Jolie.

Amidst ongoing divorce proceedings, veteran actor Brad Pitt has taken a step back from the spotlight to focus on his children.

After a 10-year relationship and two years of marriage with actress Angelina Jolie, Jolie filed for divorce from Pitt in 2016. The actress, who starred in Disney’s “Maleficent,” cited irreconcilable differences and requested full custody of the pair’s six children in legal documents.

The filings came five days after an alleged physical altercation between an inebriated Pitt and the couple’s oldest son, Maddox Jolie-Pitt, then age 15. The altercation took place on Sept. 14 in a private aircraft traveling from Nice, France, to the family’s home in Los Angeles County.

Due to the nature of the allegations, the FBI and the Los Angeles Department of Children and Family Services began investigating Pitt. In a statement to Reuters, Laura Eimiller, a spokeswoman for FBI’s Los Angeles field office, said that they would not be filing any charges against Pitt.

“In response to allegations made following a flight within the special aircraft jurisdiction of the United States which landed in Los Angeles carrying Mr. Brad Pitt and his children, the FBI has conducted a review of the circumstances and will not pursue further investigation,” said Eimiller.

In addition to Maddox, who was adopted from Cambodia at 7 months old, the couple also have Zahara, age 14, adopted from Ethiopia; Pax, age 15, adopted from Vietnam; and three biological children: Shiloh, age 12, and twins Knox and Vivienne, age 10.

“If the minor children remain closed down to their father and depending on the circumstances surrounding this condition, it may result in a reduction of the time they spend with [Jolie] and may result in the Court ordering primary physical custody to [Pitt],” the documents said.

Under California law regarding age and custody agreements, Maddox Jolie-Pitt, now 17, is allowed to decide how much time he chooses to spend with his father.

Jolie’s lawyer, Samantha Bley DeJean, told US Weekly the custody agreement was signed by both parties in November.

“The agreement, which is based on the recommendations of the child custody evaluator, eliminates the need for a trial,” Bley DeJean said. “The filing and details of the agreement are confidential to protect the best interests of the children.”

Permanent custody arrangements will not be in place until the former couple officially divorces. As of recently, Pitt and Jolie had not yet finalized their divorce as they were still making arrangements on the split of their joint properties.

In an interview with GQ, Pitt revealed that he had been consuming too much alcohol during his relationship with Jolie, and he had become sober following their split.“I had to step away for a minute. And truthfully I could drink a Russian under the table with his own vodka. I was a professional. I was good,” Pitt said. “Don’t want to live that way anymore.”

In pursuit of a new creative outlet, Pitt told GQ he had been spending a significant amount of time at the studio of his friend, sculptor Thomas Houseago.

“I’m making everything. I’m working with clay, plaster, rebar, wood. Just trying to learn the materials. You know, I surprise myself,” Pitt said. “But it’s a very, very lonely occupation. There’s a lot of manual labor, which is good for me right now. A lot of lugging clay around, chopping and moving and cleaning up after yourself. But I surprise myself.”

Additionally, Pitt said he was starting to venture into listening to R&B music, noting in particular Frank Ocean’s music and Marvin Gaye’s “Here, My Dear” album.

“For me this period has been about looking at my weaknesses and failures and owning my side of the street,” he said. “You know, I just started therapy. I love it, I love it.”

Currently, Pitt is promoting his upcoming movie, “Once Upon a Time in Hollywood,” written and directed by Quentin Tarantino. Set in Hollywood in the summer of 1969, a turning point for the entertainment industry, Pitt stars as Cliff Booth, the best friend and stunt double to Leonardo DiCaprio’s Rick Dalton, a washed-up TV star.

While the main characters are fictional, Margot Robbie portrays Sharon Tate, the pregnant actress who was killed by followers of cult leader Charles Manson. The Manson family murders will serve as a backdrop to Booth and Dalton’s narrative.

The movie, filmed last summer, marks the first film that Pitt is starring in after his marriage with Jolie fell apart. Pitt said he chose to put his career on the back burner and focus on his children first following the split.

“Kids are so delicate,” Pitt said in his GQ interview. “They absorb everything. They need to have their hand held and things explained. They need to be listened to. When I get in that busy work mode, I’m not hearing. I want to be better at that.”