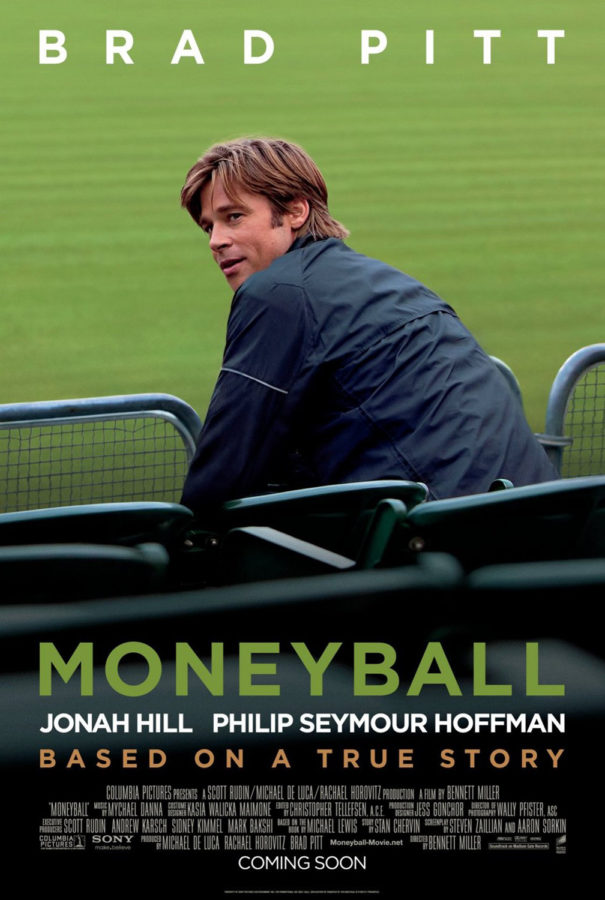 “Moneyball” is one of the greatest sports movies ever made, according to sports editor Trent Leonard.

William Bradley Pitt, the namesake of our University and the man better known to the public as “Brad Pitt,” has enjoyed a highly successful career as both an actor and producer. Since his breakthrough in the early ’90s, Pitt’s roles have ranged from vampire to crazy scientist to sex symbol to war hero.

For our purposes, though, we’re going to take a look at Pitt’s best sports movies, or anytime he played a character who performed anything slightly resembling a sport. Whether flashing his sword skills or brazenly managing a baseball franchise, Pitt has carved out a respectable niche for himself in the fictional athletic industry.

Not only is this Pitt’s best sports-related role — and one of the most acclaimed roles he’s ever played in general — but his Oscar-nominated performance as actor and producer has led many to list “Moneyball” as one of the greatest sports movies ever. Pitt plays Billy Beane, the real-life general manager of the 2002 Oakland Athletics who used unorthodox advanced analytics to assemble an MLB playoff team while working on a low budget.

Now, I don’t know much about the real-life Beane. I’m sure he’s a very interesting, intelligent guy. But I doubt that he’s even one-tenth as entertaining or confident as Pitt’s portrayal in the movie. Pitt captivates in every scene he’s in, depicting Beane as a swaggering, uncompromising force of sarcastic wisdom and one-liners.

Sure, Pitt benefits from an incredible cast around him, from Jonah Hill as his screen sidekick to veteran screenwriter Aaron Sorkin creating his distinct rapid-fire dialogue. But Pitt’s trademark brashness takes lines like “I hate losing more than I even wanna win” and “There are rich teams and there are poor teams. Then, there’s 50 feet of crap. And then there’s us” to their maximum potential.

“Moneyball” isn’t listed as a comedy. But the funniest movies tend to be those that find their humor naturally, and in that sense, “Moneyball” is hilarious. Pitt’s antics include: roasting a room full of veteran scouts, berating his team after walking in a post-loss locker room party and trading away Oakland’s best player because he wanted the manager to insert someone else into the lineup. As an actor, Pitt rarely crosses over into the sports genre. But this role makes us wish we could see him do it more often.

The movie “Fight Club” is many things. On its deepest levels, it’s an exploration of manhood, a critique of capitalism and a proponent for counter-culture. But when you strip away the symbolism and thematic elements, it’s mostly a movie about a group of guys — led by Pitt playing the character Tyler Durden — who use fighting as an outlet to relieve the stress of their mundane lives.

And if we’re talking about fighting in the athletic sense, well then Pitt’s Durden is pretty damn good at it, even if — spoiler alert — he’s not actually a real person. Durden is really just an unconscious, insomniatic projection of the unnamed narrator’s own oppressed persona, but we don’t know this until the very end of the movie. All we see is Pitt impressively kicking ass using his bare fists in cement-floored basements. His success in these fights and general passion for violence spawns other fight clubs all across the nation.

In real-life, Durden’s relentless hand-to-hand combat techniques might have earned him a spot in the Ultimate Fighting Championship. He shows the ability to launch devastating attacks like peak Conor McGregor, and in one scene shows that he can take a punch like peak Muhammad Ali, letting a club owner beat the tar out of him before launching a surprise counter-attack. Now that’s what I call rope-a-dope.

“Troy” definitely isn’t a sports movie, unless you count the ancient Greek pastime of military conquest as a sport. But you know what is a sport? Fencing. Fencing involves swords, and possibly no person — real or fictional — has ever been as smooth and dominant with a sword in his hands as Pitt playing the near-invincible “Iliad” warrior Achilles.

We see how much of a beast Achilles is in the very first fight scene, when he kills the opposing army’s best soldier in all of about 10 seconds, then stares down their ranks and talks smack. Only Pitt could portray this character with all the confidence of a mythological hero and all the pettiness of a middle-schooler. He’s a true rogue soldier, beefing with his king throughout the film (“Imagine a king who fights his own battles. Wouldn’t that be a sight?”) and spurning typical burial customs after wiping out the Trojans’ best man Hector (he parades his corpse around the city walls while staring down Hector’s entire onlooking family).

All things considered, Achilles is easily the most physically dominant character Pitt has ever played, and would win a battle of athletic competition versus any other role from his filmography.

In this Coen Brothers’ dark comedy, Pitt plays a supporting role as a dimwitted personal trainer named Chad Feldheimer who discovers a CD that he believes to have sensitive government information. This is an against-type role for Pitt where he strictly provides comedic relief, and it’s also the only film aside from “Moneyball” where his character explicitly works in an athletic field (he also plays an Irish boxer in the 2000 film “Snatch,” but I never saw that one).

As a dutiful employee for the local gym Hardbodies, Feldheimer can always be seen sporting his gym uniform, riding a bike and drinking water. Despite his extremely low intelligence, Feldheimer’s passion for fitness and staying hydrated makes him a great role model for young athletes everywhere. Unfortunately, in typical Coen Brothers’ fashion, Feldheimer is shot in the head during the film’s second act.

Where are there any sports in this romantic-comedy-espionage film, you might ask? Aside from Mr. Smith’s effective combat techniques, there’s a scene about an hour and a half into the movie where Pitt’s John and wife Jane, played by his real-life wife Angelina Jolie, are on the run from a group of assassins. To signify his everyman sensibilities, John grabs a golf club out of his minivan and gives one of the enemy goons a couple half-hearted whacks before tossing the club off to the side and using a grenade to blow him up instead.

This brief scene can be seen as a microcosm of Pitt’s entire acting career. His casting away of the golf club symbolizes his general spurning of sports roles, while his choosing of the grenade shows his preference for portraying military characters like he did in “Inglourious Basterds,” “Fury” and “War Machine,” to name a few. But as he’s shown in all these listed movies, Pitt does an awesome job when asked to play any sort of sports-related character. We can only hope that Pitt’s upcoming role in this summer’s “Once Upon a Time in Hollywood” will put his athletic talents on full display.