TEDxPitt 2019: On serendipity and sustainability (Part 1) 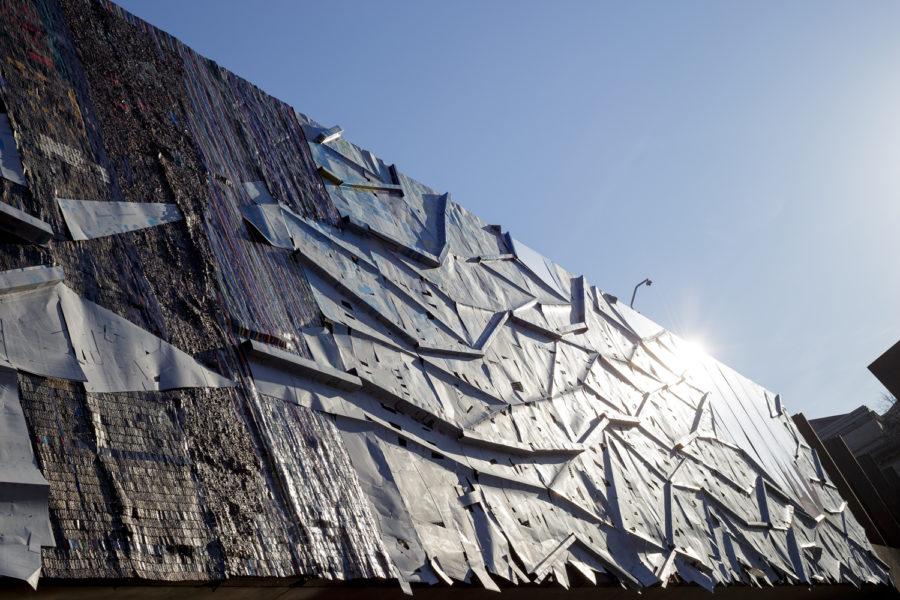 “Three Angles” art installation outside the Carnegie Museum of Art.

Brian Burley walked onto the stage on the second floor of the O’Hara Student Center on Sunday with a purple rose adorning his lapel, simultaneously recognizing his uncle’s diagnosis with pancreatic cancer and the death of Antwon Rose II.

“Purple was the color the family designated that we would use in order to continuously remember his name and remember his fight for justice,” Burley said.

Burley was the first of eight speakers at Sunday’s TEDx University of Pittsburgh talks, an annual event hosted by the TEDx student organization on campus, which hosts independent TED-like live seminars and conferences. This year’s theme was internal ignition, and speakers touched on their personal experiences and their drive — ignition — that kept them motivated throughout their lives.

Burley, a Pittsburgh native, focused on his book he released in 2017 called “YNGBLKPGH,” or Young Black Pittsburgh, titled after his organization of the same name. This book contains profiles of young black people in the Pittsburgh area and seeks to make their stories known to the public. He was inspired to write the book after a study released by the Pittsburgh Foundation showed that 86% of non-sports-related stories written about black men in Pittsburgh focused on crime.

His book has sold more than 3,000 copies since its release, and he said it has changed the way its readers think about race.

“When you choose to act, you can change the circumstances of your entire situation and of those around you,” Burley said.

Bannon discussed the lucky experiences throughout her life that led to her becoming the executive director of the nonprofit Cribs for Kids, an organization that provides cribs to families in the states surrounding Pennsylvania.

Bannon said she had a comfortable life with a well-paying job in 1989 prior to the founding what was then known as SIDS of PA, which sought to reduce the incidence of sudden infant death syndrome. When offered the chance to head the organization, she took the opportunity immediately, as her younger brother had died in 1975 from SIDS — something that greatly affected her mother, whose words stuck with her.

“Her exact words were, ‘No parent should ever have to bury a child,’” Bannon said.

Since then, the organization has undergone a name change to its current title, Cribs for Kids, and its budget has grown from $13,000 to more than $7 million. And the organization’s mission had a measurable impact on the area, she said, as the SIDS incidence rate declined in Allegheny County by more than 50% in the first eight years.

She attributes much of her success to “serendipity.” For example, she happened to meet someone who offered her a $1-a-month lease on a warehouse space to store the organization’s cribs, something that was vital early in the organization’s life. And it’s this serendipity that kept her going throughout the process.

“What I’ve learned over the past 30 years is that the harder I worked, and the more I kept my ignition front and center in my psyche, the more I experienced serendipity,” she said.

CB Bhattacharya, chair of sustainability and ethics at Katz School of Business

Bhattacharya, a professor in the Katz School of Business, proposed a plan companies could follow to improve sustainability practices. He said through his research and travels, he’s noticed that companies understand they need to act sustainably but that their actual policies do not reflect this understanding.

“When it comes to practicing and not just preaching sustainability, most of the companies fall short,” Bhattacharya said.

He delineated three major segments of the plan: incubation, launching and entrenchment. Incubation focuses on developing the domain of a company’s sustainability ownership, something that allows it to identify specific goals during the launching step. Finally, entrenchment allows sustainable practices to become habitual, making sustainability second nature to the companies.

He said companies must ask themselves what their purpose is in order to actually practice sustainability ownership.

Smith gave an art history lecture at this year’s TEDxPitt, focusing on the ignition of a renowned Ghanaian artist, El Anatsui, who has had a significant career in Nigeria. One of Anatsui’s works, “Three Angles,” is currently displayed outside the Carnegie Museum of Art as a multimedia expression of history and change. Smith said Anatsui’s work hints at a constant inspiration that drove him to continue creating artwork, with consistent motifs from his native Ghana and techniques that depict physical movement in the art.

This article covers the first half of the Sunday TEDxPitt talks. The second half will appear tomorrow.