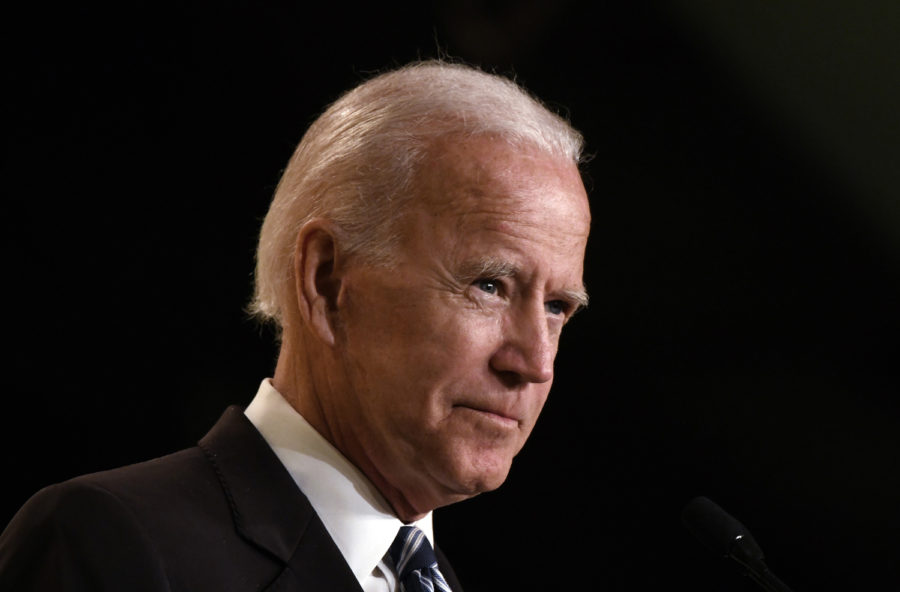 Joe Biden isn’t new to the political scene, but the sexual harassment allegations against him are.

Former Nevada assemblyperson Lucy Flores accused Biden on March 29 of touching and kissing her inappropriately at a campaign event in 2014. On Monday, a second woman, Amy Lappos, accused Biden of doing the same to her.

“He put his hand around my neck and pulled me in to rub noses with me,” Lappos said in an interview with the Hartford Courant. “When he was pulling me in, I thought he was going to kiss me on the mouth.”

Though Biden hasn’t officially announced his 2020 campaign for president, it is likely he will enter the race soon. He’s currently the Democratic Party’s projected front-runner, according to recent polls. In the past, Democrats have taken allegations seriously, but they appear to be taking Biden’s quite nonchalantly.

Alyssa Milano, an active voice in the #MeToo movement, voiced her support for Biden in a tweet on Monday. After the Harvey Weinstein allegations in 2016, she relaunched the #MeToo movement as a hashtag, encouraging women to come forward and tell their stories.

“I am proud to call Joe Biden a friend,” she wrote. “He has been a leader and a champion on fighting violence against women for many years, and I have been fortunate to accompany him to events with survivors where he has listened to their stories, empathized with them, and comforted them.”

But Biden shouldn’t get a Get Out of Jail Free card because he’s a Democrat, though that’s exactly what some people backing him up seem to be doing. Just because Biden played a major role in the founding of It’s On Us, a campaign aiming to curb campus sexual assault, doesn’t mean that he isn’t capable of putting women in uncomfortable situations. Just because he’s “Uncle Joe” doesn’t mean a woman should be comfortable with a man of political power putting his hands on her neck and rubbing noses with her.

Ultimately, it isn’t up to others to decide what is painful and traumatizing for a woman and what is not. The allegations deserve to be met with the same seriousness as called for in previous ones. In its essence, the #MeToo movement is about believing those who come forward about their experiences. While none of the alleged interactions were intensely violent or sexual in nature, a man still allegedly invaded a woman’s space.

In her statement, Flores even expressed her fear of the negative repercussions associated with her coming forward.

“For years I feared my experience would be dismissed,” Flores said. “Biden will be Biden. Boys will be boys. I worried about the doubts, the threats, the insults, and the minimization. ‘It’s not that big of a deal. He touched her, so what?’ The immediate passing of judgement and the questioning of motives. ‘Why now? Why so long after? She just wants attention.’”

But it isn’t our job to evaluate Biden’s intentions. The bottom line is that two women are accusing him of putting them in a state of immense discomfort. We owe the women who made the allegations against Biden the same respect we give all other victims of assault and harassment who come forward.