Davis and Ellison plan to transfer from men’s basketball program 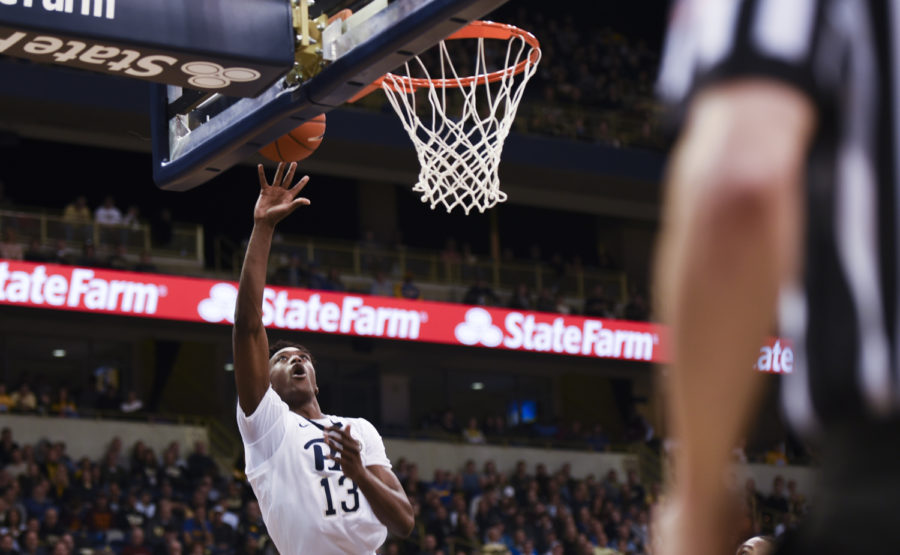 Sophomore guard Khameron Davis (13) and junior forward Malik Ellison (3) will transfer at the end of this semester.

After transferring to Pitt from St. John’s after the 2017 season, Ellison was forced to sit out the following year due to NCAA transfer rules. Ellison was named captain of this year’s Panther team and averaged 5.8 points, 3.8 rebounds and 1.2 assists per game in 31 games. He expects to graduate this spring before departing, according to a University release.

Davis announced his plans to transfer on Monday afternoon. Davis, who still has two seasons of eligibility remaining after he transfers, averaged 3.3 points and 2.6 rebounds per game in his two seasons at Pitt while shooting 35% from 3-point range.

Davis and Ellison join Shamiel Stevenson and Peace Ilegomah, who also transferred from Pitt midseason after their playing time dwindled as the season progressed.

The Panthers now have three open roster spots, which Capel and his staff are actively looking to fill by way of high school recruits and transfers.

Neither Ellison nor Davis have released any details on potential transfer destinations.