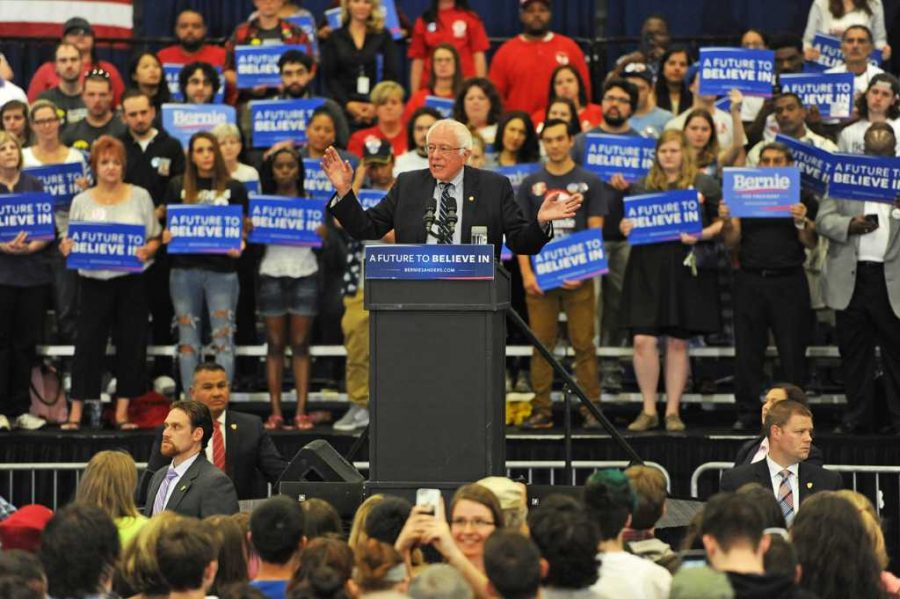 Sen. Bernie Sanders held a rally inside the Fitzgerald Field House before the 2016 Pennsylvania primary.

The already crowded race for the 2020 Democratic primary is about to get its first Pitt stop with a visit from Sen. Bernie Sanders (I-Vt.), who will hold a rally this Sunday in Oakland.

The Sanders campaign announced the rally, which is scheduled to take place Sunday at 5 p.m. in Schenley Plaza, on Monday. Sanders is slated to deliver a message focused on trade, health care and labor.

Since entering the presidential race in February, Sanders has held fairly steady at second place in most national polls behind frontrunner and former Vice President Joe Biden. Biden, who in the past week has faced accusations that he inappropriately touched numerous women, has yet to officially declare a bid for the nomination.

A self-identified Democratic socialist, Sanders won his Senate seat as an independent candidate but caucuses with the Democrats. His visit to Pittsburgh is part of a tour of Pennsylvania, Michigan and Wisconsin.

Sanders previously visited Pitt in April 2016 to drum up support for his first bid for the Democratic nomination, when he won the primaries in Michigan and Wisconsin, but lost Pennsylvania to eventual Democratic nominee Hillary Clinton.

All three states voted for the Democratic candidate for president in previous decades, but President Donald Trump won them in the 2016 presidential election. The Democratic senatorial and gubernatorial candidates won in each of those states in the 2018 midterm elections.