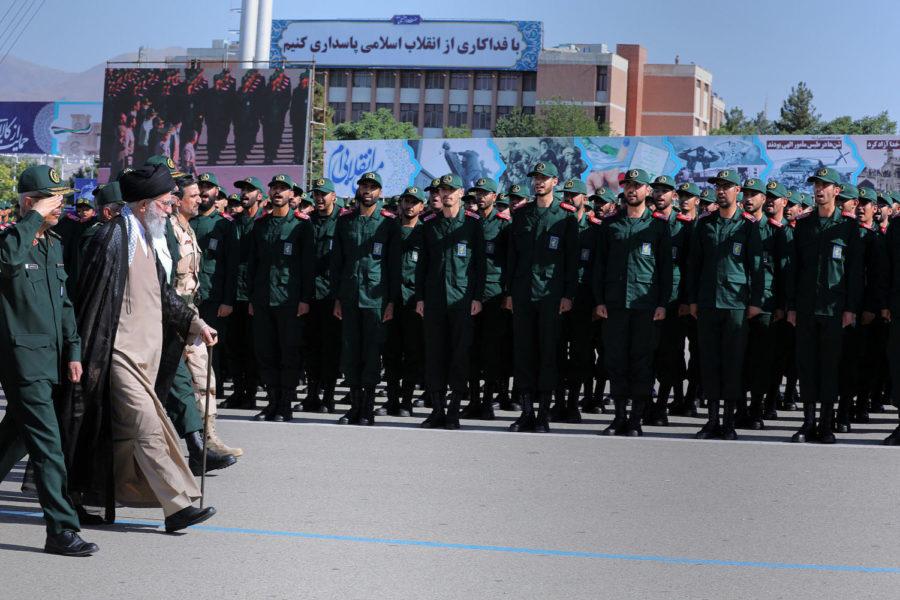 The Trump administration designated Iran’s Revolutionary Guard Corps a “foreign terrorist organization” on Monday, a move aimed at further isolating Tehran that could end up complicating U.S. alliances with Iraq and Lebanon. “We will continue to increase financial pressure and raise the costs on the Iranian regime for its support of terrorist activity until it abandons its malign and outlaw behavior,” President Donald Trump said in a statement.

The Islamic Revolutionary Guard Corps, created after Iran’s 1979 revolution to support the regime, is deeply embedded in the country’s economy and is already under heavy sanctions. Iran’s government has been on the U.S.’s list of state sponsors of terror since 1984, and the Guard’s elite Quds Force has also been branded a terrorist group.

The U.S. has been seeking new ways to ramp up pressure on Iran since Trump quit the multinational deal negotiated under the Obama administration that sought to constrain the country’s nuclear program.

But the administration had previously held off the terrorist designation, in part because it will pose difficulties for U.S. officials dealing with Iraq and Lebanon, where political parties and militias have close ties to the Guard. The designation means U.S. officials and troops could be prohibited from dealing with officials in Iraq or Lebanon who can be linked to the organization.

Iranian officials say the Guard isn’t a separate entity but a vital institution that helps protect Iran from external threats and ensure its national security and sovereignty.

In anticipation of the move, Iranian Foreign Minister Javad Zarif warned of unspecified consequences for U.S. forces in the Middle East. He portrayed the move as an election-eve gift to Israeli Prime Minister Benjamin Netanyahu.

Trump “should know better than to be conned into another US disaster,” Zarif tweeted on Sunday.