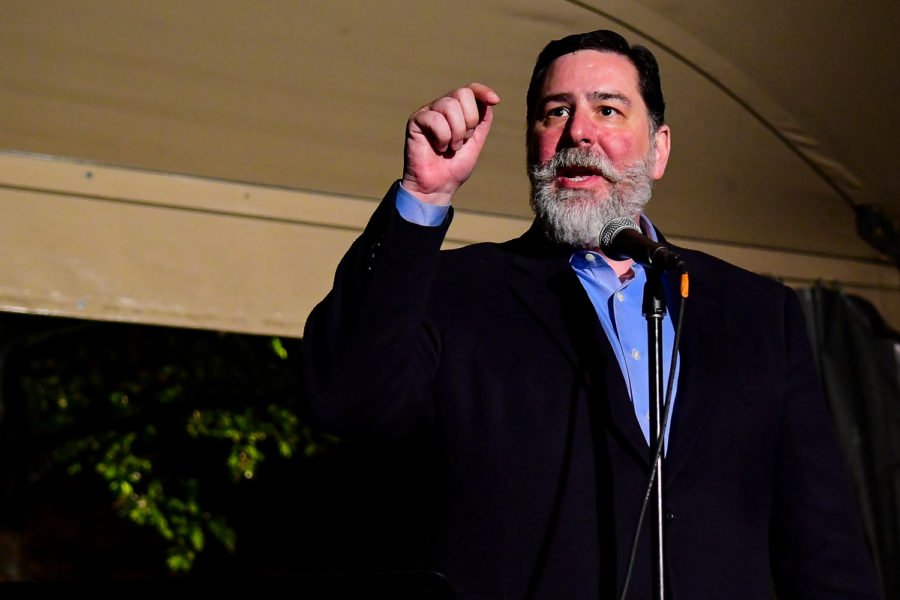 The legislation, cosponsored by councilmembers Corey O’Connor and Erika Strassburger, was approved by the City Council in a 6-3 vote last Tuesday and takes several approaches to restricting gun usage within City limits. The legislation was drafted partly in response to last October’s shooting massacre at Squirrel Hill’s Tree of Life Synagogue that left 11 dead.

The highest-profile measure is a ban on the usage of certain assault and semi-automatic weapons, such as the AR-15 assault rifle, and large-capacity magazines. The bill was scaled back from a full possession ban in an attempt to skirt around a state law preventing cities from restricting gun ownership. Any violation of the new usage ban carries a fine of up to $1,000.

The final legislation also introduces extreme-risk protection orders to the City, which allow for weapons to be temporarily seized through a court order from individuals deemed to pose an “extreme risk” to themselves or others.

Peduto said as a result of inaction at higher levels of government, Pittsburgh’s elected officials felt it was necessary to enact gun control regulation on a local level.

“If Washington and Harrisburg refuse to recognize this is a public health emergency and refuse to stand up to gun manufacturers, then we must take action to challenge laws and protect our people,” Peduto said in a press release.

After the bills were signed into law, several Pittsburghers immediately filed a civil lawsuit against the mayor and the City. A 35-page complaint filed in Allegheny County Court of Common Pleas argues the legislation was pre-empted by a state law prohibiting cities from regulating “ownership, possession, transfer or transportation” of guns or ammunition, and seeks a permanent injunction against the City.

“Pittsburgh’s ban on carrying loaded standard-capacity magazines in public has a chilling effect on plaintiff’s exercise of their right under Pennsylvania law to possess these magazines and to carry them in public for self-defense,” the complaint said.

Peduto told the Pittsburgh Tribune-Review the gun control organization Everytown for Gun Safety, founded by former New York Mayor Michael Bloomberg, would represent the City at no cost. In a February interview with CityLab, Peduto argued the state pre-emption law restricts the ability of cities to ensure domestic tranquility as guaranteed in the Constitution.