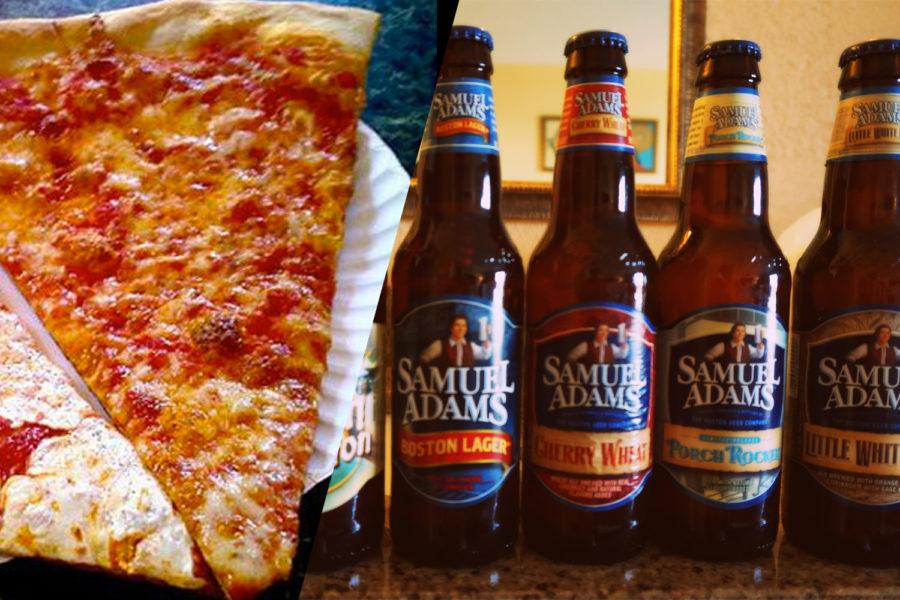 I haven’t yet had the pleasure of tasting Prantl’s Burnt Almond Torte, but it’s apparently carved out quite a name for itself within the dessert industry. This local delicacy consists of an airy cake base with a thin layer of custard in the middle, frosted with buttercream and covered in candied almonds and sugar flakes. Its reputation has spread far beyond Prantl’s original Shadyside location — the torte was named “Best Cake in America” by the HuffPost in 2014 and “Best Cake in Pennsylvania” by the Food Network in 2018.

“As we were looking to create a space in Pittsburgh, we kept hearing about the Burnt Almond Torte. We had just started testing out some dessert inspired sours, and they have been some of our most successful releases,” Platform Beer Co. Vice President of Sales Matt Subel said in a press release. “We have gotten a lot of great feedback about Torte already, so for now, Pittsburgh and Cleveland can put their differences aside and just enjoy a really great drink together … at least until football season starts — then it’s back to normal.”

Prantl’s unlikely partnership with a Cleveland-based brewing company got me thinking — what other rival fan bases could benefit from quelling their differences over an ice-cold brew? Here are some of the unlikeliest combinations that could make an alcoholic peace offering to the other:

When you think American sports rivalries, Yankees-Red Sox is one of the first that comes to mind. Since their first meeting in 1901, these two Atlantic Coast MLB teams have always had it out for each other. Boston, then known as the Americans, dominated the first leg of the rivalry until prized slugger Babe Ruth was dealt to New York in 1919. This became known as the “Curse of the Bambino,” and fortunes switched over to the Yankees, who went on to win an MLB-record 27 World Series while Boston embarked on an 86-year title drought.

The Red Sox got the last — or most recent — laugh in this storied rivalry by winning the World Series in 2018. But instead of rubbing it in Yanks fans’ faces, this would be the perfect opportunity for Red Sox fandom to extend an olive branch in the form of a hometown beer with a New York twist.

There are plenty of breweries in Boston and ample pizzerias in New York. However, I can think of no better representation from each side than to have Samuel Adams join forces with famed Greenwich Village eatery Joe’s Pizza to create a New York pizza-style Boston Lager.

Listen, I don’t know how the brewing process works. I don’t claim to be a beer aficionado. But if it’s possible to make a cake-flavored ale — or other odd mash-ups like bacon-flavored ice cream, for that matter — then I don’t see why this couldn’t happen. It would be a fitting way for Bostonians and New Yorkers to both enjoy something they hold near and dear to their hearts. So, technology, make it happen.

These are just a few of the defining features on each side of the Bears and the Packers, the NFL’s longest and most storied rivalry. No two teams have played each other more, and the all-time series has almost been an even draw, with Green Bay holding the slight advantage with a 97-95-6 record. They’ve combined to put 65 players in the Hall of Fame (34 for Chicago and 31 for Green Bay) and have competed against each other in the same division since 1933.

Maybe it has something to do with the fact that their teams compete in the barren, frozen tundra of the American Midwest, but Green Bay and Chicago fans always seem particularly cranky toward one another. They need to loosen up, and I’ve got just the concoction — a lager that combines the pride of Wisconsin with the panache of Chicago.

Pabst was established in Milwaukee in 1844, leading the pack of its renowned beer scene that led the city’s baseball team to be named the Brewers. Green Bay is two hours north, but I’m assuming Pabst is still its elixir of choice. As for Chicago, the city is known for its deep-dish pizza and hot dogs loaded with mustard, onions, relish, pickles, peppers and tomatoes on a sesame seed bun. They say two negatives make a positive — maybe a cheap beer infused with the flavors of a questionably dressed hot dog is just the thing these rival fans need to see eye to eye.

These two teams don’t care for each other one bit, and that sentiment typically extends to their hometown fans. Ask Philadelphians, and they’ll decry Penguins fans as intolerable braggarts who never pass up an opportunity to bring up their city’s rich sports history. Ask Pittsburghers, and they’ll point out that this is the same fan base that once threw snowballs at Santa Claus, and seems to boo its own team whenever the going gets the slightest bit tough.

The Primanti’s sandwich — meat, cheese, coleslaw, tomatoes and French fries all crammed between two slices of Italian bread — is the definitive Pittsburgh cuisine, with its first restaurant popping up in the City’s Strip District in 1933. Locations have now spread all over the east coast, but the sandwich will always be a true Pittsburgh dish. Yuengling, on the other hand, is America’s oldest brewery and holds its headquarters in Pottsville, about an hour and a half north of Philadelphia. But any Pitt student knows that’s well within “just outside of Philly” range, so we’ll consider it a Philly special.

This NHL postseason, the Penguins will be competing for their third Stanley Cup in four seasons. Meanwhile, Flyer fans have to settle for twiddling their thumbs all April and May, as Philadelphia missed out on a playoff berth. Primanti’s, you know what to do — reach out to Yuengling to craft a beer with all the bitterness of a Philly fan and all the flavor of a Primanti’s sandwich. Maybe after tossing back a couple cold ones, these fan bases will learn to get along.