This story is part of a series high school students at Nazareth Prep completed to learn the basics of journalism. 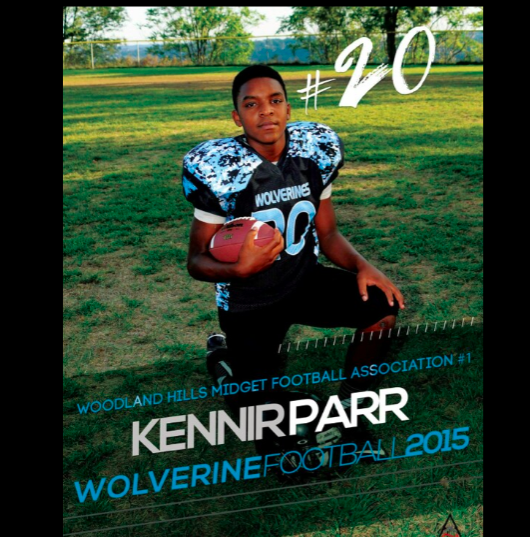 By Justice Williams and Amarie Sinabulya

Before his death in 2016, Kennir Parr, a 14-year-old Woodland Hills High School student, made the people around him feel like they had his undivided attention. His friend Mondale King has fond memories of playing paintball and going to water parks with Parr — but what he remembers most is Parr’s heart.

“If you asked him how he’s doing or what he’s been up to, he wouldn’t talk about just himself,” King said in a text message. “He always found a way to mention his mom, dad and all of his siblings.”

Parr was an avid baseball and football player, and wore number 20 on both teams. He was accomplished, but King said he never let the success get to his head.

“He always had a positive mindset about anything that came forth his way, and worked very hard to be better than everyone,” King said. “But [he] never showed it because he walked with his head high, was very humble, and never bragged about what he accomplished. He just continued to work hard at everything and accomplish any goal that he had.”

“I want people to know that he was a straight-A student,” Glenn said. “ He was in no drama and was a real hard worker when it came to sports. Kennir was a person to look up to, he was positive, athletic and had a great football impact on the community.”

As the years go by it becomes harder for his friends and family. Each year on his birthday and the anniversary of his death, people should celebrate for him. Most of all, we should remember our friend Kennir Parr, who always had a positive impact on his community.