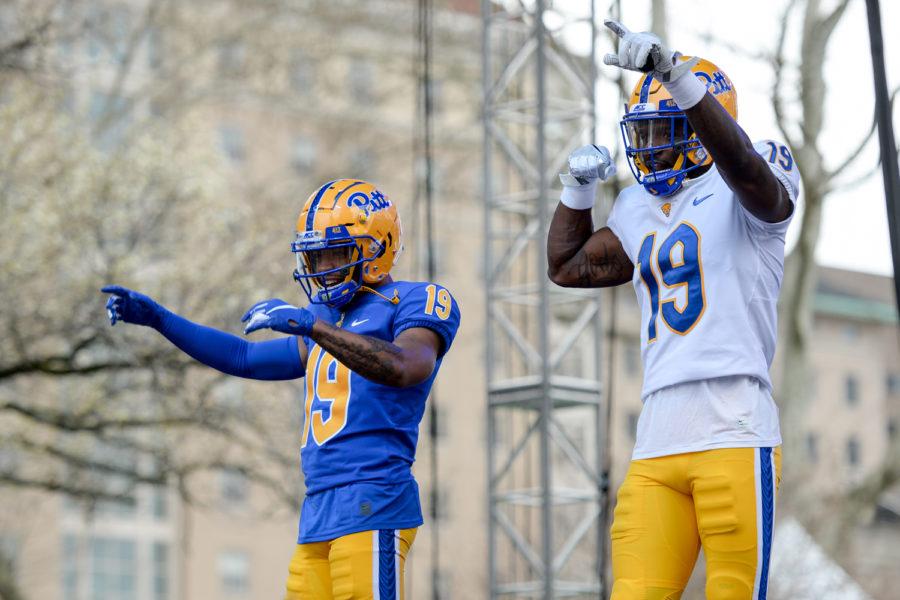 The "412" on the redesigned Pitt football helmets has become a subject of controversy.

Pittsburgh is so proud of its 412 area code that April 12 has become a city-wide holiday. But when the number made its way onto Pitt’s new football helmets in a redesign unveiled last Sunday, local retailer Shop412 was quick to protest.

According to a tweet from Pitt defensive back Damar Hamlin, “412” was taken off Pitt’s helmets this week in response to a complaint from Shop412.

“It was a Happy #412Day until i found out that @Shop412 made us take the ‘412’ area code off our visors..” Hamlin said in the Friday afternoon tweet. “i guess it’s not really about the city.”

The redesign for the football helmets features a gold “412” on the visor in Pitt’s new Cathedral of Learning-based font, a design which bears no obvious resemblance to the Shop412 logo. A picture Hamlin posted with the tweet showed a helmet from which the number had apparently been removed.

The brand responded to Hamlin’s tweet after less than 15 minutes, saying it was “working with Pitt on a deal for authentic 412 x Pitt.”

We are and have been working with Pitt on a deal for authentic 412 x Pitt. https://t.co/2NLEWYA8T8

According to U.S. Trademark and Patent Office records, Shop412 has held “412” as a trademark since 2012. The brand registered the digits as a wordmark, meaning it holds the rights to the text itself — not just in the form of its logo.

The controversy prompted viral outrage and memes from Panthers fans on Twitter, some of whom jokingly wondered if they would start having to pay just to make a call to a 412 number.

Ahead of Saturday’s annual Blue-Gold spring game, Pitt Football tweeted, “Perfect day for football in the 412.”

Perfect day for football in the 412.#H2P pic.twitter.com/GPnTPQ5LCX

Even Pitt athletic director Heather Lyke acknowledged the drama at a press conference before the game’s start.