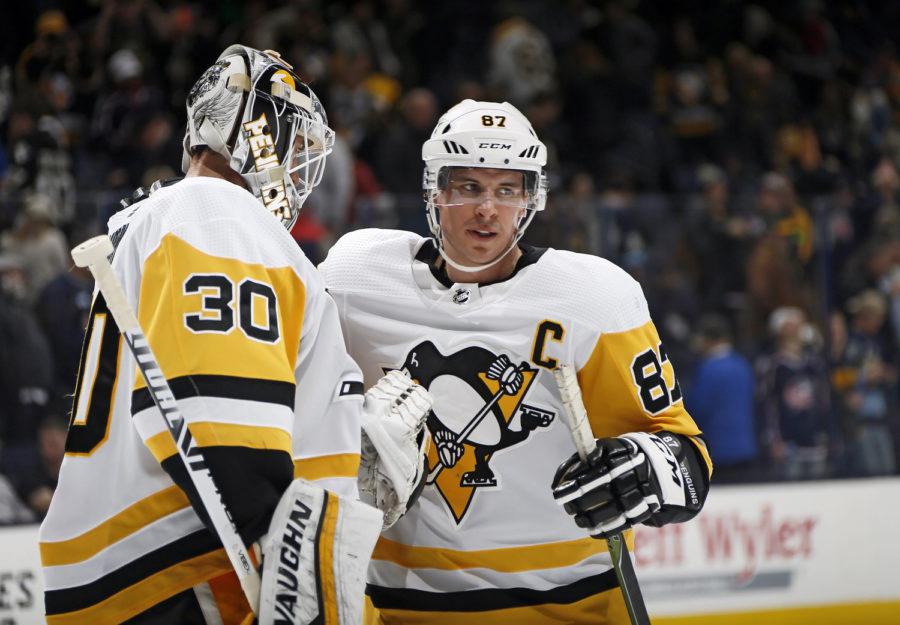 A four-game reverse sweep is a feat that only four teams in NHL history have managed to pull off. Two of those have occured within the last decade — one by the Philadelphia Flyers against the Boston Bruins in the 2010 Eastern Conference Semifinals and another by the Los Angeles Kings in the first round in 2014 against the San Jose Sharks. Both of those teams went on to the Stanley Cup Finals and the Kings won a championship.

The Pittsburgh Penguins will look to become the fifth team to pull off such a feat this week. The Penguins currently face a 3-0 deficit in their first-round series against the New York Islanders and will fight for their season in a fourth game against the Islanders at 7:30 p.m. today at PPG Paints Arena.

The reason the Penguins find themselves in this hole is not hard to figure out — each time, they have been bested by the Islanders’ use of the neutral-zone trap defense, a strategy that has given the team fits in each of the last three postseasons.

The Penguins were pushed to a Game 7 by the vastly inferior Ottawa Senators by virtue of this tactic in 2017. The team employing the trap clogs up the neutral zone with defensive positioning and sticks in the passing lanes, not allowing the team with possession of the puck to carry it into the offensive zone. The objective of the trap is to force the other team to dump the puck in deep, where it can quickly be recovered by the defense.

Even though the Senators did not manage to complete their upset, the template was provided. Barry Trotz, former head coach of the Washington Capitals, used the same strategy to beat the Penguins in six games on the way to raising the cup in 2018.

Trotz is now the head coach of the Islanders and he seems to finally have Pittsburgh’s number, having once again employed the tactic to astounding success.

The reason the trap works so well against a team like Pittsburgh is because of its offensive prowess. Players like Sidney Crosby, Evgeni Malkin, Jake Guentzel and Phil Kessel are so used to being in control by virtue of their immense talents that this grinding, physical style of play wears at them.

Even when Pittsburgh manages to get through the neutral zone, it isn’t met with success. The Islanders’ disciplined defensive play pushes the puck to the outside, away from the slot and the goalie where most scoring chances come from, until they are able to recover the puck.

Because of the Islanders’ stifling defensive play, the Penguins have moved their defensemen in order to manufacture scoring chances. Having a defenseman out of his normal position gives the Islanders an open window to escape down the ice on a breakaway.

The trap is impossible to play against once a team is down because of the way it tires out opponents. Once the Penguins are down, they are more likely to take risks and pinch again, playing right into the Islanders’ hands.

Even so, the Penguins scored first in both games two and three. They were unable to hold the lead for long, though, giving up the tying goal less than three minutes later in game two and 26 seconds later in Game 3.

This is an issue that has plagued the Penguins for several years for a number of reasons, whether it is defensive lapses or a false sense of security for the team. One noteworthy example of this came in Game 7 against the Senators in 2017. Chris Kunitz scored the opening goal for the Penguins midway through the second period, and 20 seconds later, Ottawa forward Mark Stone tied the game. In the third period, Justin Schultz scored what could have been the game-winner, but the Senators again managed to tie it less than three minutes later.

Part of the blame falls on head coach Mike Sullivan. The top line of Jared McCann, Crosby and Guentzel lit up the score sheets down the stretch, but after McCann suffered an injury and the rest of the Penguins’ lines weren’t scoring well, Sullivan tried him on the second and third lines in an attempt to get the offense going.

In the critical Game 3, Sullivan put Dominik Simon, who has scored just one goal in his last 32 games, on the top line in an attempt to get Crosby and Guentzel going. He chose to do this instead of using McCann, who already has an established rapport with the other players.

This mistake was spotlighted in the closing seconds of the first period on Sunday when Guentzel, Crosby and Simon were on a three-on-one breakaway with a chance to tie the game up. Guentzel, rushing down the left-wing side, passed it to Simon, who would have had a shot at a wide-open net, but his stick wasn’t on the ice. Instead, the puck bounced off his skates and the Islanders were out of danger.

Even though Crosby said he would “love to be a part of a team that comes back from [a three-game deficit]” following Game 3, it seems like it is too little, too late for the Penguins.

The Penguins beat the trap in 2017 with extended offensive zone time. They were able to spell their own players when needed, while locking tired Ottawa skaters in their own zone by continuous passing and pressure.

While they have been on the brink of doing so several times this series — Garrett Wilson’s goal in Game 3 came as a result of this exact scenario, right on the heels of a power play — winning four straight playoff games is such a difficult task that the Penguins’ season appears to be all but over.