The Pitt News • May 3, 2019 • https://pittnews.com/article/147823/news/grad-students-vote-against-unionization-organizers-reissue-call-for-new-election/ 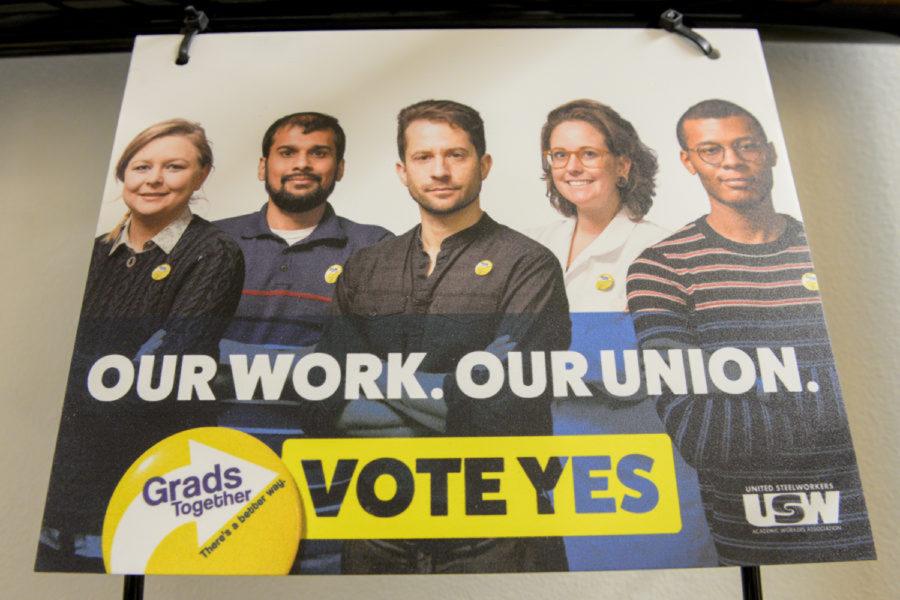 By Jon Moss and Neena Hagen

The Pennsylvania Labor Relations Board officially declared Friday morning that the majority of graduate students at Pitt voted against unionization in the April 15-18 election.

The graduate student organizers’ bid to form a union fell just short, with a vote of 712 to 675 against unionization — a margin of 37.

The PLRB initially deemed the election results inconclusive last Friday since it still had to determine the eligibility of 153 challenge ballots — and if eligible add them to the vote tally — which could have affected the election’s outcome.

But after the University and the United Steelworkers — the union assisting graduate student organizers’ unionization effort — reviewed the list of challenge ballots, both sides agreed that “there were not enough eligible ballots to change the outcome of the election,” Pitt spokesperson Joe Miksch said. As a result, no challenge ballots were opened.

Organizers, unconvinced by the final vote, are now calling for a new election. The Steelworkers filed an objection with the PLRB Thursday afternoon accusing Pitt of “unfair labor practices” during the election process.

In a Thursday press release, organizers alleged that the University’s election watchers kept a tally of graduate students who voted in the union election. Organizers said they observed watchers asking voters to show their IDs and spell their names, so they could mark off voters in a list sent to university administrators.

“Organizers believe these coercive tactics were intended to intimidate voters and potential voters,” the release said.

Miksch firmly denied the allegations and said the University followed processes and procedures set by the PLRB.

“The claims made by the United Steelworkers — that the administration set out to intimidate and coerce potential voters — are absurd, irresponsible and false,” Miksch said. “On the contrary, Pitt has encouraged all eligible graduate students to get informed and exercise their right to vote and remains dedicated to supporting all students and their success, regardless of their views on unionization.”

But Jess Broomell, a Steelworkers spokesperson, said the union is not considering the results final until the PLRB rules on their objection.

PLRB deputy communications director Lindsay Bracale echoed Brommell’s statement, saying the the results won’t be finalized until the board rules on organizers’ objections.

PLRB administrator Dennis Bachy declined to say when the board would rule on the Steelworkers’ objections, but said they hope to make a decision “as quickly as possible.”

In the meantime, Broomell said, graduate student union organizers are still out in the field “actively organizing.”