The Pitt News • May 14, 2019 • https://pittnews.com/article/148006/opinions/editorial-alyssa-milanos-proposed-sex-strike-isnt-empowering/ 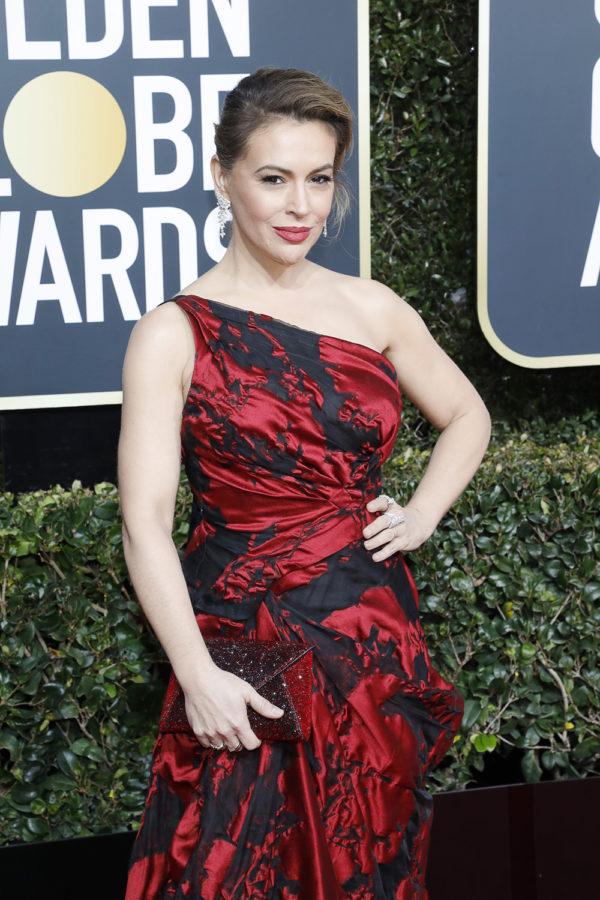 Alyssa Milano arrives for the 76th Golden Globe Awards at the Beverly Hilton Hotel in Beverly Hills, Calif., on Jan. 6.

Alyssa Milano, one of the original leaders of the #MeToo movement, recently called for a sex strike via Twitter in order to protest strict abortion legislature that has been passing in various states, including Georgia, Alabama and Ohio.

“Our reproductive rights are being erased,” Milano wrote. “Until women have legal control over our own bodies we just cannot risk pregnancy. JOIN ME by not having sex until we get bodily autonomy back. I’m calling for a #SexStrike. Pass it on.”

Though Milano likely has good intentions, a sex strike isn’t an empowering or effective way for women to protest abortion laws.

A fundamental aspect of female empowerment is the idea that women can do what they desire with their bodies. Encouraging them to withhold sex as an act of empowerment or even protest seems contradictory to Milano’s platform. The idea of a sex strike frames sex as a favor performed by women, something that should be used as leverage in order to negotiate with men.

We should be teaching women that sex is to be an equal exchange between both men and women, not something that can be used as a weapon or a reward. As the Feminist Movement evolved in the late 1960s, women began fighting for their own sexual liberation. Women began challenging traditional sexual roles in a movement known as the Sexual Revolution. These women built their platform on the fact that like men, they too enjoyed sex and had sexual desires. Milano’s suggested sex strike goes against the values of the feminist movement — something that she has spent years voicing her support for.

As part of Milano’s defense, she noted instances in which sex strikes have been highly effective for political reform. She cited how Iroquois women in the 1600s withheld sex to stop unregulated warfare. Liberian women used a sex strike to demand the end of a civil war in 2003, according to CBS.

But times have changed since the 1600s, and cultural views on sex and gender roles differ. Women are now seen as worthy beyond their sexual and reproductive capabilities in many societies, though not all. In modern day Liberia, women face brutal gender violence from the state, communities and their own families, sometimes. The rate of female genital mutilation is steadily rising, and in schools, girls and women are being forced to have sex with male teachers in order to pass classes.

In a developed country where women have greater autonomy and rights, it’s unlikely that a sex strike would have the same effects. Either way, we shouldn’t be modeling our own movements after the desperate actions of disadvantaged women, many of whom face violence daily because of their gender. Just because something works doesn’t mean it’s right.

Though Milano wasn’t trying to marginalize women, her suggestion of a sex strike does exactly that. There are better ways to protest abortion laws — call senators, cultivate open discussion, attend demonstrations, vote and encourage others to register to vote. But don’t unravel the sexual liberation platform that feminists spent decades trying to establish. Sex is not a reward or a favor, but an activity meant to be enjoyed by anyone regardless of their gender. Let’s keep it that way.