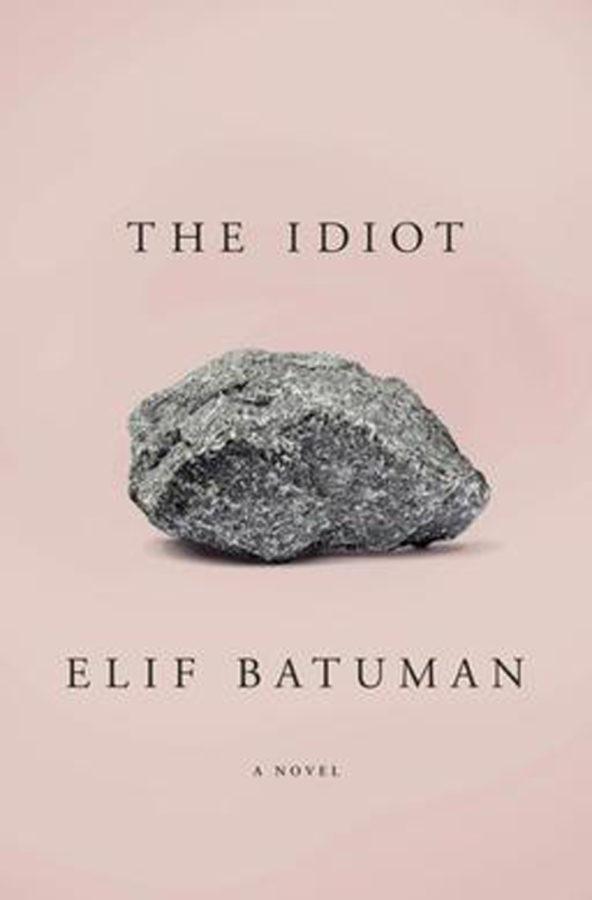 “The Idiot” by Elif Batuman.

While the days of required summer reading are far gone for college students, we here at The Pitt News want to share some of our favorite books to get you through the dog days of summer.

I read “The Idiot” last summer and haven’t been able to stop thinking about it or recommending it to people since. I borrowed it initially from Carnegie Library and have since picked up my own copy because I enjoyed it so much. The book, which was a finalist for the 2018 Pulitzer Prize in fiction, is semi-autobiographical. It follows Selin, a Turkish-American girl attending her first year of Harvard in the mid 1990s. Much of the story focuses on the friendships she cultivates with exchange students Ivan and Svetlana during the summer after her freshman year.

I’ve always loved a good coming-of-age novel, a genre which sometimes feels stuck in the young adult literature section of the bookstore. “The Idiot” is a decidedly adult take on what it means to come of age and the limbo first-year college students often find themselves in. It is an in-depth look at the life and personality of one character, which is part of what makes reading the story an enjoyable experience. Batuman’s detailed writing makes it easy to relate to Selin and her rich inner life. A hallmark of young adult literature is the way characters, rather than plot, take center stage. “The Idiot” takes a character-centric approach to writing that is more mature, which makes it a perfect read for anyone who grew up reading authors like John Green and Rainbow Rowell, but is in search for a read that is more aligned with where they are in their lives now.

“Cujo” by Stephen King // Melanie Pantano, For The Pitt News

I don’t want to assume, but I’m pretty sure everyone has heard of this book. You probably know it’s about a rabid dog, but what you don’t know is that there is so much spicy relationship drama surrounding it. In short, the protagonist, Donna, and her toddler son, Tad, get trapped when their car breaks down on a sweltering summer day and the titular rabid St. Bernard terrorizes them. The book takes place in the 1980s, so Donna has no way to contact the outside world due to the limited technology of the time. While her husband is trying to figure out what has happened to his wife and young son, Donna’s time is running short as her and Tad sit in their sweltering vehicle, waiting for help.

If you’re familiar with any of Stephen King’s other thrillers, such as “Misery,” or “Gerald’s Game,” I highly recommend this psychological-horror. The prose is simple and straightforward, making for a highly engaging and quick read. Once you get hooked there’s no turning back. As a fan of King’s work, I find this book always stands out to me because it plays on many common fears. There’s nothing really supernatural about the story, but the fact that this could happen in real life left a mark on me as a reader.

“We All Looked Up” by Tommy Wallach // Sara Nuss, For The Pitt News

I read this book a few years ago and it has since become one of my favorites. “We All Looked Up” by Tommy Wallach is a story about four high school students named Peter (the athlete), Anita (the overachiever), Eliza (the outcast) and Andy (the slacker) who all learn they only have two more months left to live before an asteroid called Ardor wipes out the Earth. Slowly, the four seniors start to learn who they really are when all they have left is the present with almost no guarantees of a future.

The book switches between the perspectives of these four students with each going on their own remarkable journey of self-discovery as they brace for Ardor to hit the Earth. The characters learn to love people they would have never fallen for before, decide if college is really worth giving up your real dreams, or if anything is important in life and going with the flow just isn’t the answer anymore.

The characters experience the trials of adolescence, such as love, loss and figuring out what to do with your life after high school. Wallach’s prose is bound to get you emotionally invested in the lives of all four characters. It’s a page-turner that makes you fall in love with each of the characters as they discover their true selves while anticipating their impending doom.

The “Good Omens” TV miniseries premiered on Amazon Video over the weekend, and reviews seem to suggest it’s pretty okay. But those of us who finally gave in to the guilt and cancelled our Student Prime accounts two months ago will just have to pull our paperback copies of the source material down off the shelf and start a reread. If you’ve never read “Good Omens” before, now’s as good a time as any to go for it, especially if you’re starting to feel concerned about the actual end of the world. The 1990 novel is a cheery, blasphemous, alternative look at the apocalypse. It’s been a cult classic since its publication, a status which it probably owes in equal parts to its unflaggingly fun dark humor — though, yeah, some jokes show their age — and to the fact that it’s home to one of the best friendships in fiction.

That’s the friendship between Aziraphale, an angel who wears a lot of frumpy sweaters, and Crowley, a demon who bullies his plants. Well, I say friendship — we can’t be quite sure what’s going on there. What is clear, though, is that Aziraphale and Crowley are the only two beings in the world with a chance to stop Armageddon. They’ve been stationed on Earth for several millennia, spreading, respectively, light and darkness to the people of the world. The only issue is that they’ve been among humans so long, they’ve got more in common with the inhabitants of this world than they have with anyone in heaven or hell. That’s what’s enduring about “Good Omens,” I think. The subplots are many, but the heart of the book is the idea that despite all our awfulness, there’s something about humanity that Aziraphale and Crowley can’t help wanting to save.

“Enlightenment Now: The Case For Reason, Science, Humanism and Progress” by Steven Pinker // Tanner Smida, For The Pitt News

If you are in the mood for an uplifting and optimistic nonfiction read, look no further than the recent work of Steven Pinker. Currently serving as a Harvard professor, Pinker is also a gifted and prolific author, having written 10 books to date on topics ranging from experimental psychology to linguistics. These efforts have not gone unnoticed — the aforementioned writings have twice earned him a place as a Pulitzer Prize finalist. Last year, Pinker unveiled his latest masterpiece to the world under the title “Enlightenment Now: The Case For Reason, Science, Humanism and Progress.”

In short, his message is this: At this point in the history of our species, the direction and rate of change of almost every indicator of progress and prosperity that can be evaluated quantitatively are as cheerful as any statistic can be. The number of food-secure families, childhood vaccination rates, literacy and the percentage of nations experiencing peacetime are shooting sky high. Poverty, inequality, war, terrorism, hate crimes and maternal mortality are headed, thankfully, in the other direction. The fatalistic pessimism that seems to infect every aspect of modern discourse is misleading — we’re heading the right way after all! After thoroughly making this point, he then presents his main argument. If we are to continue this positive trend, we need to embrace a system of thought and morality based in humanism, which Pinker basically defines as a system of beliefs based on maximizing everything that makes humanity flourish, using the incredibly powerful tools of science and reason.

His logic is rigorous, his writing clear and his wit sharp. This book in particular is extremely important and strikes a chord for everyone, whether you are a political science major or one of the poor saps heading down the pre-med rabbit hole. Take it from me and Bill Gates (whose endorsement is emblazoned on the cover of “Enlightenment Now”) when we say that this is one summer read that you don’t want to miss.

“The Elephant Vanishes” by Haruki Murakami // Zoe Burch, For The Pitt News

If you’re a fan of Vonnegut and Kafka, this short story collection by Haruki Murakami is for you. “The Elephant Vanishes” tackles issues of loneliness and loss, a running theme throughout Murakami’s work. He intertwines surrealism into the mundane aspects of his characters’ lives, like in the first story “The Wind-Up Bird and Tuesday’s Women,” wherein a man has peculiar interactions with a woman over the phone and a girl in his neighbor’s garden while searching for his wife’s missing cat.

The stories run from melancholic to humorous, like “The Second Bakery Attack”, in which a couple discusses the husband’s involvement in robbing a bakery of all of their bread. “Barn Burning,” a story about a man who finds himself on the receiving end of a disturbing secret, is a haunting piece that will stick with you long after you’ve finished. It was recently adapted into “Burning,” a movie shortlisted for Best Foreign Language Film at the 91st Academy Awards. Murakami’s writing shines in this collection, with an air of familiarity in his tone that immerses you into each narrative. Despite the short length of the stories, Murakami manages to write fully fleshed-out characters and give a snapshot of their lives that feels both satisfyingly voyeuristic and all too relatable. For anyone looking to escape into another reality for a few hours this summer, I highly recommend picking up a copy of “The Elephant Vanishes.”