Opinion | Pride can be both political and a party 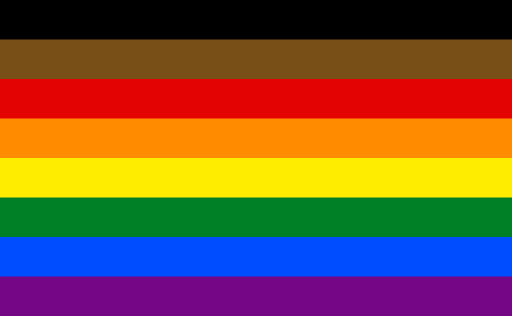 Philadelphia’s largest-ever Pride parade, held on Sunday, featured an array of the city’s most lively and spirited LGBTQ+ citizens and allies. Philadelphians lined the streets honoring the 50th anniversary of the Stonewall Riots, which served as a catalyst for the gay rights movement in 1969. But the parade I took part in was far more lighthearted than the riots it was intended to commemorate.

There has been increasing debate within the LGBTQ+ community on the future of Pride parades themselves. Some argue it is a necessary event to champion progress, while others believe it has become a grandiose means for companies to capitalize on support.

The very existence of the standard Pride parade is also being threatened. Beirut cancelled what would have been the first Pride parade in the region in 2018, while the Super Happy Fun America Organization is planning its first straight-pride parade in Boston, ironically featuring gay right-wing commentator Milo Yiannopoulos as the grand marshall. Yiannopoulos expressed his excitement to heroically support his straight friends through the perils of oppression that plague heterosexuals in a heteronormative world.

“Men, bring your most toxic selves. Women, prepare to burn your briefcases!” Yiannopoulos jeered. “Because it’s great to be straight, and we’re not apologizing for it any more. We’re Here, Not Queer.”

As Pride becomes the target of mockery, a controversial event among members of the community themselves or outright prohibited, its future is unclear. While Pride in 2019 is far different than Stonewall, if executed with respect, it can be an incredible time to both toast to how far we’ve come and push for continued progress. It is imperative that members of the LGBTQ+ community and allies alike push for the continued growth of Pride events in ways that support and include everyone in the community.

To be clear, no one is arguing that a celebration of authenticity is a bad thing — instead, we should want to draw attention to the ways our community has been exploited for financial gain or by individuals who want to seem like a courageous activist on social media. Krista Burton, writer for the online magazine Rookie, explains many feel Pride has strayed from its original intention.

“It’s yet another place that straight white people now feel 100% welcome, even though they feel perfectly at home in any public space,” Burton wrote. “Having allies is wonderful, but sometimes I wish they could be allies every other day of the year and let us have a party as gay and naked and radical and un-family-friendly as we queers might like. Now it feels like Pride is one long advertisement for which company is the most woke, and this blatant ‘We, too, are so accepting, give us your dollars’ messaging is off-putting.”

Her point makes sense. The parade I saw was more of a party than a march. On every corner, one could buy a rainbow flag for $15 while holding a special edition soda can and wearing a shirt that said “If you’re not gay friendly, get your ass home.” I, too, fell into this trap, walking blocks to find the perfect location where I could pose in front of a waving flag and the rainbow-decorated police car. It was far from the riots where, just 50 years ago, queer icons like Marsha P. Johnson and thousands of Stonewallers took an assertive stand for their rights. While Stonewall was no party, some are celebrating it with one.

But in the half century since Stonewall, this movement has metamorphosed into a booming societal push for acceptance and already made incredible strides. According to the Pew Research Center, 61% of Americans support gay marriage, while only 31% oppose. The opposite was the case in 2004. Many feel it’s time to celebrate that, at least in our area, the rebellion doesn’t have to be violent anymore, it can be filled with love and dancing and overwhelming pride.

Beyond this, Pride broadcasts a powerful and incredibly necessary message: We are here. Casey Given, a contributor for The Washington Examiner, explains that Pride is about so much more than a party.

“Pride month is fundamentally a celebration of individual autonomy and the freedom to pursue a happy life according to one’s own terms,” Given wrote. “A public celebration of the LGBT community is vital, broadcasting to the world that queer people can find love and acceptance if they have the strength to seek it.”

This message is critical for people in desperate need of support. Loneliness has been a critical issue among the LGBTQ+ community for centuries. These parades show queer folk they don’t have to be alone. And even for those with a support system, recent headlines like “Lesbian couple viciously beaten in homophobic attack on London bus” and “Alabama mayor suggested ‘killing out’ gay people” remind us that there is still plenty of reason to fear being a LGBTQ+ member of society. Seeing a tangible example of a blossoming community of fellow queer people normalizes non-heterosexual identities and can literally save lives.

What is ultimately necessary is a modernized middle ground between the impassioned fight of Stonewall in 1969 and the sometimes materialistic festivals of today. We can create a celebration of authenticity by committing to a few tangible changes.

Purchase your Pride gear from companies that meaningfully partner with organizations supporting the LGBTQ+ community. Buy the “Super Gay” tank from American Eagle, but make sure it actually supports the cause. (Spoiler alert: 100% of the proceeds go to the It Gets Better Project, which combats suicide in the LGBTQ+ community by instilling hope in struggling queer teens.)

If you go to Pride, post as much as you want on Insta but also consider donating to organizations like the Human Rights Campaign, the nation’s largest LGBTQ+ civil rights organization, or the Trevor Project, the leading suicide intervention and crisis support provider for LGBTQ+ youth, and resist the urge to show your Facebook friends just how generous you are.

If you’re a straight ally, take Pride as an opportunity not just to celebrate your LGBTQ+ friends and family, but to listen to their grievances and concerns as well. Continue to stand up for and behind members of the LGBTQ+ community past the month of June.

Pride is a beautiful, complex demonstration of love and support. And while it is absolutely about singing your heart out as a drag queen twerks on top of a moving Kia Soul (which was an incredible start to my Sunday morning), it is so much more. It is for the young kids who saw hundreds of thousands of their neighbors and friends and peers modeling that being fully yourself is possible. It is for the Stonewallers who fought for our chance to eat ice cream in glitter, crop tops and body paint. It’s for the queer people we can see and especially those we can’t. Amidst the party, we must not forget that.