Women’s tennis leads the field on coming out 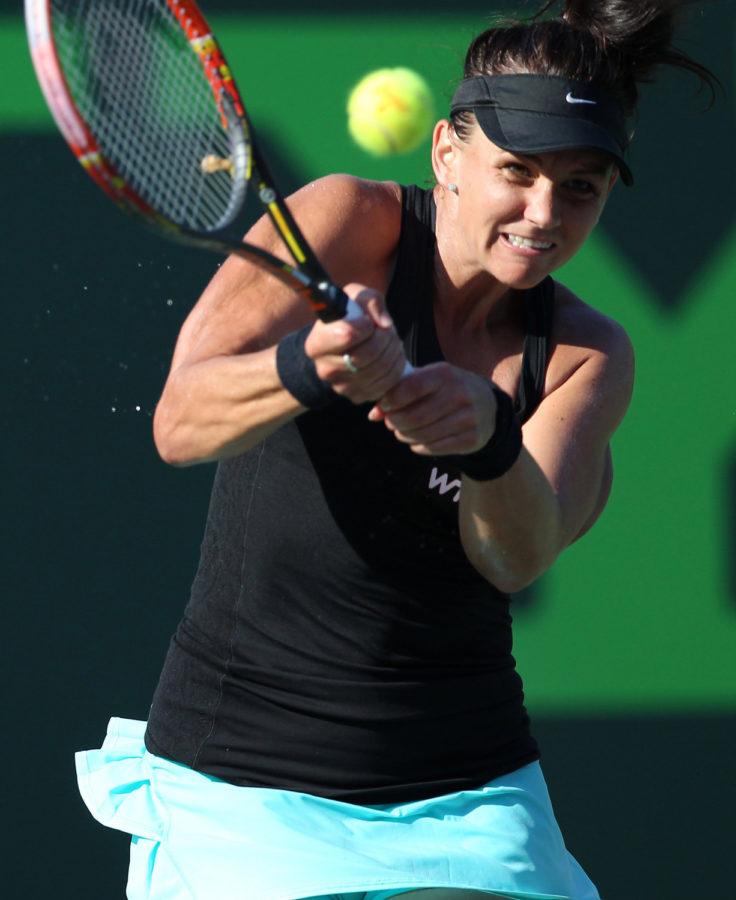 Australian tennis star Margaret Court made headlines and record books with her U.S. Open win in 1973, when she became the first mother in history to win three of the four Grand Slams, the most prestigious tournaments in tennis. More than a quarter-century later, Court made news again, lashing out at women’s players who don’t adhere to her heteronormative, family-centric life on tour.

“Tennis is full of lesbians,” Court, now a pastor, said sourly in a 2017 interview. “Everyone knows it’s wrong … [The church] is here to help them overcome [that lifestyle].”

Now, lesbian tennis legends Billie Jean King and Martina Navratilova, fittingly Court’s biggest career rivals, are rightly asking that her name be stripped from the Australian Open’s arena after her remarks caused an uproar across the tennis tour. Court’s homophobia is appalling, but she’s right about one thing: women’s tennis is indeed replete with lesbians, always has been — and it’s absolutely glorious.

The French open last year contained three lesbians in the 128-player draw, for example. Australian pro, Casey Dellacqua, made headlines in 2013 when her female partner had a baby. These storylines are rare in the sporting world. Most professional sports are lucky to have one gay player. The first in the NBA, Jason Collins, didn’t come out until 2013, and football fans had to wait until 2018 for Bradley Kim. Men’s tennis doesn’t even have a single openly gay player.

Women’s tennis has broken all trends with LGBTQ+ players in sports, and a cursory glance into its history reveals why. While today’s WTA seems like a beacon of gay pride, we’re actually long past tennis’ golden age of lesbianism, which paved the way for women to achieve equal prize money and enjoy higher viewing numbers than any other women’s sport.

It all started when Billie Jean King burst onto the tennis scene in the 1960s with her mane of dark orange hair and piercing baseline game. But instead of kicking back and enjoying her world number one rank, King led a movement of lower- and mid-ranked women’s players to boycott the U.S. Open in 1973, demanding equal pay for both sexes, an endeavor that immediately succeeded. She famously beat Bobby Riggs in the most-watched tennis match ever, ‘The Battle of the Sexes,’ after Court lost to Riggs weeks prior in a match colloquially referred to as the Mother’s Day massacre.

“Sports are a microcosm of society,” King said. “I wanted to use sports for social change … I used to be told that if I talked about my sexuality in any way we wouldn’t have a tennis tour.”

King, who owns 12 Grand Slam titles, also became the first professional athlete in the world to come out as gay in 1981, when she was unceremoniously outed by a palimony suit from an ex-lover. She subsequently lost all of her endorsements and was forced to prolong her tennis career past age 40, just to afford legal fees.

Eighteen-time slam champion Martina Navratilova didn’t fare much better. She was outed by a reporter only months after the King scandal, also losing millions of dollars in endorsements.

Together, the tennis legends broke a barrier in sports — they came out decades before any other athlete.

“[Tennis] doesn’t know barriers, really,” Navratilova said. “You are judged on your performance … how far you can jump, how fast you can run, how well you can hit a tennis ball.”

And this is the way that sports should be. If only it were true in the 1980s. Navratilova was perhaps the most gallant volleyer of her time, brandishing her racquet like a magic wand at net. She won more grand slams than anyone of her generation. But despite Navratilova’s success, being a lesbian and a European among Americans made it hard for her to win over fans.

Navratilova and King made a sacrifice that their successors on the women’s tour have said they appreciate. Grand Slam champions Amelie Mauresmo and Jana Novotna were able to come out in the 1990s, when most athletes were still in the closet, because their predecessors had already done so. Current players, like Alison Van Uytvanck and Conny Perrin, have also cited the two superstars as their inspiration for coming out.

But while women’s tennis has several openly gay players, none have since matched King and Navratilova’s star power or dedication to activism. Court’s statements take us backwards in the fight against anti-gay prejudice — not just in sports, but in all veins of public life.

King and Navratilova are still involved in activism and, to their credit, have pushed back strongly against Court’s remarks, but where are the modern players speaking up? We shouldn’t need 20th century legends to fight 21st century battles. Professional tennis players, lesbian or otherwise, need to step to the plate — or baseline — and call out behavior that tarnishes the image of professional tennis.

Maybe that’s too much to ask for. Maybe the entire tennis universe has been spoiled by having King and Navratilova as the sport’s leading champions. But perhaps a player will come along in the next few years who can match their talent and vigor for both the sport and social issues.

Until then, we have history books full of lesbian tennis heroism to keep us inspired.