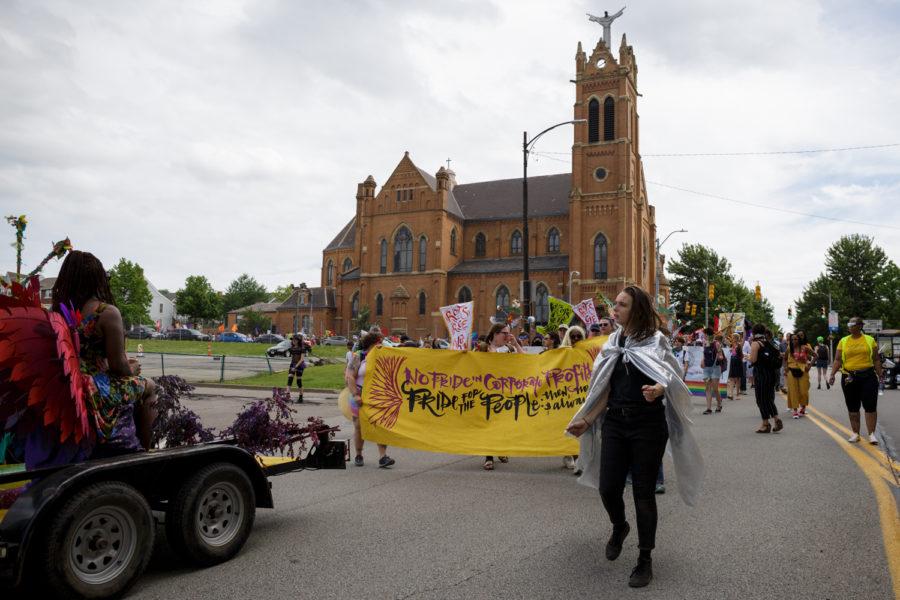 The People’s Pride march kicks off from Freedom Corner.

During Pride month, people pour glitter on their faces and wrap their bodies in Pride flags. Companies add rainbow graphics to their logos on social media as Americans celebrate their right to live in a country where they can love whomever they want. While June is certainly about Pride and the freedom that comes along with it, the month is also about recognizing and respecting the impact that LGBTQ+ people have had on the world that we know.

Former President Bill Clinton established Gay & Lesbian Pride Month in 1999. The official title was later changed to LGBT Pride Month by former President Barack Obama in 2010, in an effort to make it more inclusive to bisexual and transgender individuals. Since the official name change in 2010, the progress we’ve made as a nation is undeniable and really quite remarkable. But the past few years also brought forth a slew of hateful events, serving as a bleak reminder that we still have a long way to go. In order to continue progressing forward, it’s vital to acknowledge both the progress and the pitfalls.

Like many other cities, Pittsburgh’s biggest Pride parade to date happened last Sunday. And turnout is only one of the many signs of progression of the LGBTQ+ movement. Don’t Ask Don’t Tell was officially repealed in 2011, ending the ban on openly gay men and women serving in the military. In Wisconsin four years later, the same year that gay marriage was legalized, Tammy Baldwin became the first openly gay person to be elected to the senate. She was the highest ranking LGBTQ+ government official until November 2016, when Kate Brown was sworn in as governor of Oregon.

Now, the openly gay mayor of South Bend, Indiana, Pete Buttigeg, is running for president. But the political atmosphere isn’t free of LGBTQ+ discrimination and bigatory.

Although President Donald Trump recently became the first Republican president to ever acknowledge Pride month, his administration hasn’t done much else to celebrate it. He activley banned transgender individuals from serving in the military, and the Supreme Court put the law into effect this past January. Vice President Mike Pence is currently facing backlash after defending the decision to ban the Pride flag from flying at U.S. embassies.

And the events inside the Trump administration are only a small glimpse of the bigotry that still lingers in the United States. In the first half of 2019 alone, eight transgender people of color have been either shot of killed by other means, according to the Human Rights Campaign. That number was 28 last year. At the Detroit Pride parade, a group of armed neo-Nazis showed up. While no violence was incited, the group did tear up a Pride flag.

Additionally, three men are planning a Straight Pride parade in Boston, to counter the Pride parade. The event has gained traction, and it was recently announced that far-right figure Milo Yannopolis will be the featured speaker. Yiannopolis is openly gay and often refered to as a white supremacist.

The current events are a reminder that while we have come such a long way in LGBTQ+ freedom, we still have farther to go. We can’t forget about those who fought so hard for LGBTQ+ rights, and in order to continue the fight, we have to look for the parts of Pride month that haven’t been so joyful. It’s empowering to celebrate the strides forward, it’s equally important to acknowledge the lingering bigotry.