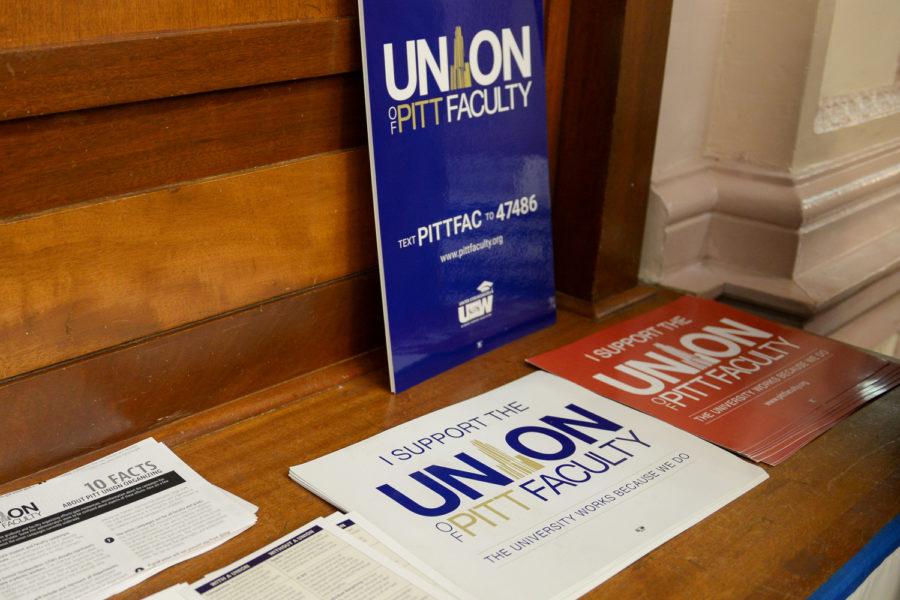 Faculty union organizers challenged hundreds of the names Pitt included in its list of faculty eligible for a bargaining unit.

Faculty union organizers faced a major setback when the Pennsylvania Labor Relations Board ruled in April they failed to collect enough signed authorization cards to prompt a union election.

Organizers swiftly filed an appeal, challenging the PLRB’s assertion that fewer than 30% of eligible faculty had signed cards — and as of Tuesday evening, the appeal was successful. In its decision, the Board ordered the University to provide organizers with the list it submitted of faculty who are eligible to vote on whether or not to unionize. The Board also scheduled a set of hearings, between July 10 and August 2, to determine the accuracy of the University’s list sent to the PLRB.

Tyler McAndrew, a visiting lecturer in the English department and union organizer, said the decision makes sense because the University shouldn’t have free reign to decide who’s in the bargaining unit.

“The PLRB just took Pitt’s list and ran with it,” McAndrew said late Tuesday evening. “But union organizers should have some input into which faculty are represented by the union … and I’m glad we’ll get to discuss that at the hearings.”

University administrators said in a March teleconference that the medical school should be included in the union, though the PLRB had ruled in 1990 that medical school faculty belong to a separate bargaining unit. Pitt also wanted to exclude chairs, claiming it holds “supervisory positions.”

Pitt spokesperson Joe Miksch said the University welcomes the opportunity to debate the proper size of the bargaining unit.

“We anticipated a hearing, and we look forward to getting clarity on the proper scope of the bargaining unit,” Miksch wrote in an email late Tuesday evening.

McAndrew said organizers plan to start prepping for the hearings in the coming weeks, once they receive the list of eligible faculty from the PLRB.

“Once we get the list, we’ll start to map out a strategy for the hearings,” McAndrew said.

United Steelworkers organizers said they expect to receive the list in the next few days. In the meantime, McAndrew said, he’s still out on Pitt’s campus campaigning for a union. He said organizers are now targeting spring 2020 for a faculty union election.