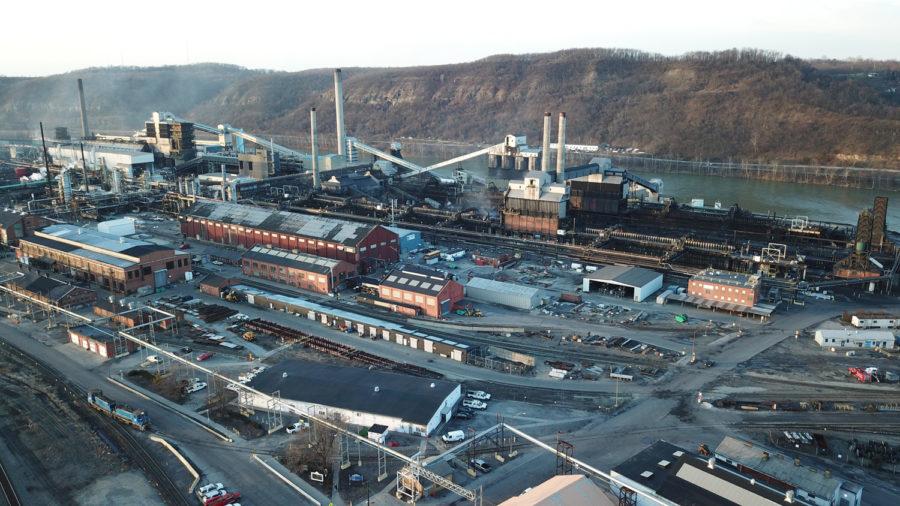 Smog surrounded U.S. Steel’s Clairton Coke Works plant on Monday morning. The electrical fire served as a bleak reminder of the lingering air pollution in Pittsburgh, as the City received an F grade for air quality in May. This is the second fire at the plant in the last six months — the first, on Dec. 24, resulted in 28 exceedances of environmental standards.

Pittsburgh residents hoped that the plant and the City would work to form a solution to recurring contamination following the December fire, though few improvements have been made. Solving the pollution problem seems to be a taboo topic amongst politicians — some argue that more regulations would cut jobs, while ignoring parents who fear for the health of their children. But we place trust in these politicians to protect us, and their refusal to acknowledge the health and environmental violations is doing the opposite. They need to step up and find a solution that treats all constituents fairly.

And it isn’t as if the plant simply slipped up out of the blue, either. Since the Christmas Eve fire, the plant has violated sulfur dioxide regulations 28 times. Such violations have led to issued warnings advising certain Pittsburgh area residents with respiratory or heart conditions to limit outdoor activity. This advisory extended to all children and the elderly as well. A study conducted by doctors from the Duquesne University School of Pharmacy discovered increased asthma severity among children with asthma who live near the plant following the December fire.

But despite all of the health risks, politicians are hesitating to take a stance on the plant’s pollution crisis. Pennsylvania Lieutenant Governor John Fetterman has defended the U.S. Steel plant in the past, saying that “they have done the best anyone could possibly expect” after the December fire.

Environmental groups, including the Clean Air Council, have filed for lawsuit under the Clean Air Act, and also demanded that the plant be put in “hot idle” while the repairs were being made in December. Fetterman refused, saying that plant engineers told him halting production would result in worker layoffs, harming the local economy.

Politicians who do have the power to make direct change, like Governor Tom Wolf, have made no comment on the situation regarding the Coke Works plant. But it’s time for all Pennsylvania politicians to have an open and frank discussion about addressing the plant’s pollution.

While concerns about the economy are valid, protecting the constituents is the most important job of a politician. The worsening symptoms in asthma sufferers, rampant air pollution and recurring accidents within the coke plant indicate that constituents are not being adequately protected. The public shouldn’t have to rally to demand air fit to breathe.