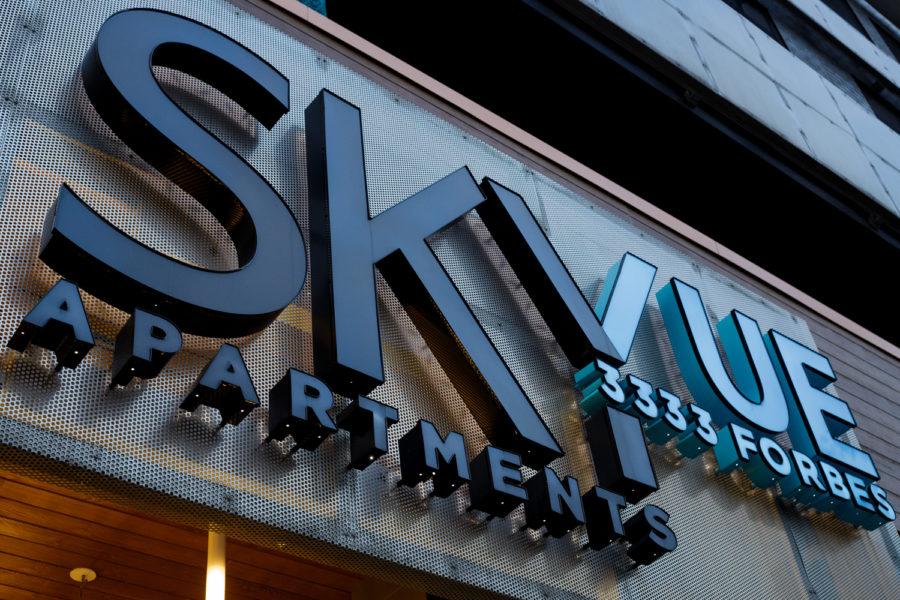 Students have moved back into SkyVue apartments following an electrical fire in the garage of the building on June 2, which caused a building-wide power outage that lasted several days.

The 3-year-old building, which sits at 3333 Forbes Ave., had violated fire safety regulations the previous year.

About two years after SkyVue’s opening in the fall of 2016 — which was pushed back for several months due to construction delays — the building was cited by the City Department of Permits, Licensing and Inspections in October 2018 for three violations of local fire safety regulations, according to the City’s BuildingEye website.

“Since assuming management, Cardinal Group has worked to ensure the SkyVue Apartments is a safe and desirable place to live for all of our residents,” O’Brien said in an email. “We have worked with City departments to address any past issues and ensure we are compliant with all building requirements.”

Spokespeople for City Councilperson R. Daniel Lavelle and Council President Bruce Kraus, whose districts’ border sits along Forbes Avenue next to SkyVue, did not respond to multiple requests for comment.

Pittsburgh police, fire and EMS units responded to the building on the afternoon of June 2 and found “heavy smoke” pouring out of the building’s garage, Pittsburgh Public Safety spokesperson Chris Togneri told the Pittsburgh Post-Gazette. No injuries were reported as tenants self-evacuated.

A copy of a preliminary fire investigation report obtained by The Pitt News from the City Bureau of Fire confirmed initial reports that the fire was electrical and accidental in nature. The report said the fire was caused by an electrical malfunction and first ignited an electric busbar, a component of a circuit breaker. An estimated $50,000 of damage was done to building, according to the report.

After the fire and resulting power outage, students were blocked from re-entering the building and left scrambling to find a place to stay. Katherine Podvorec, a Pitt law student, said she first went to her father’s house following the electrical fire, followed by a hotel since her sister is allergic to her cat.

“It’s been a lot, having to go to work at a new job [on Tuesday], figuring out what to do with my cat and wearing the same outfit every day,” she said.

To try and help students displaced from their SkyVue apartments, Pitt offered space free-of-charge in Lothrop Hall to 19 students, according to Pitt spokesperson Kevin Zwick.

The City responded Monday to an open records request from The Pitt News by requesting a 30-day extension to fulfill a request for copies of the City’s October and June inspection reports.

Hundreds more students will soon be housed in a new building managed by The Cardinal Group — The Bridge on Forbes, a 197-unit, 489-bed building slated to open this fall. The University signed a contract in February to lease 87 rooms to house a maximum of 230 students for three years, about half the building’s total capacity. At the time, Pitt spokesperson Joe Miksch said the nearly $9 million lease was signed to help meet the increasing demands for additional student housing.

“For student housing leased by the University, such as The Bridge on Forbes, we require fire safety drills to be conducted each semester,” Zwick said.

Editor’s note: A previous version of this article mistakenly referred to the report as an “arson” report. The correct term is “preliminary fire investigation report.” The Pitt News regrets this error.