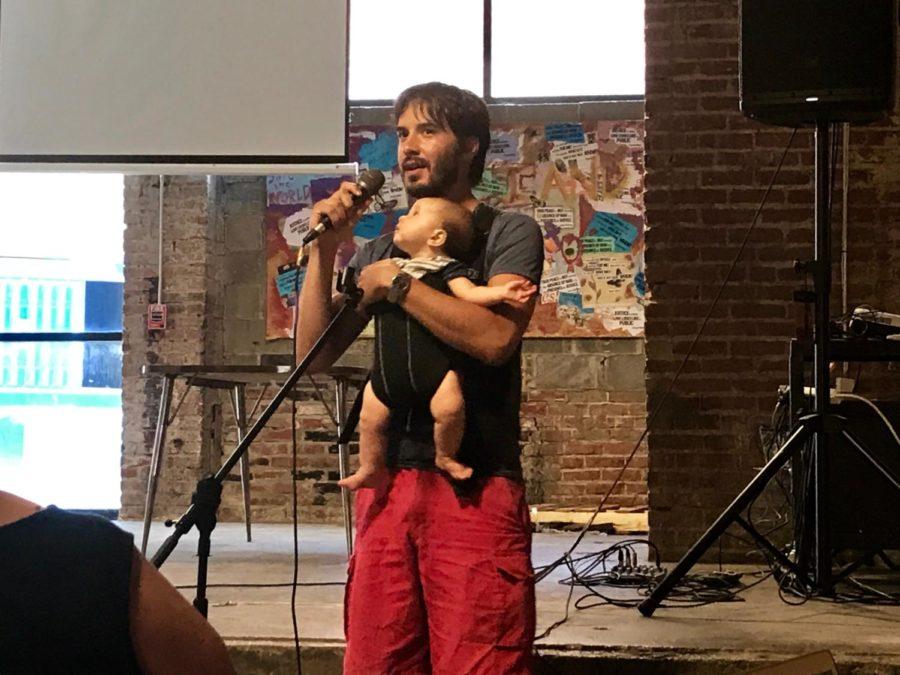 Pittsburgh has a long way to go on air quality, but more and more of the area’s elected officials say they want to work actively to solve the problem. Pittsburgh activist and filmmaker Mark Dixon said that’s no coincidence.

The sentiment prompted the first big round of applause of the night at Wednesday’s air quality listening session, a community event hosted by City Councilperson Erika Strassburger, District 8, at East Liberty’s Repair the World.

The crowd of a few dozen sitting in the back room came from a variety of neighborhoods, where many said they’ve experienced the effects of air quality firsthand. In a show of hands, about half of the attendees said they work with one of the region’s many environmental organizations, and most have long been familiar with Pittsburgh’s ongoing struggles with air pollution.

The issue of air quality has been in the news even more than usual lately. Pittsburgh ranked fourth in a recent list of cities with the highest number of air pollution deaths — 232 local deaths in 2017 were linked to air pollution. A June fire at U.S. Steel’s Clairton Coke Works plant highlighted concerns about pollution from the facility. Earlier this week, the Southwestern Pennsylvania Commission doubled down on its approval of a regional storage hub for natural gases and chemical products, prompting pushback from a coalition of environmental groups.

Strassburger hosted the listening session the week after she wrapped up three months of maternity leave and returned to work. More than two dozen community members signed up to speak at the event, which her office live-streamed on YouTube.

Each speaker was given three minutes at the microphone. Though many of the short speeches overlapped in content, they touched on a variety of issues related to air pollution, including past problems at U.S. Steel’s Clairton Coke Works plant, the electric buses coming to Pittsburgh and the concern that air pollution affects groups like children and the elderly more than anyone else.

One speaker, Billy Epting of Lawrenceville, held his six-month-old daughter as he spoke, telling the crowd, “she has probably more of a stake than anyone else in this room.”

Pittsburgh’s air quality has improved massively over the last several decades, as several speakers acknowledged. But the area is still failing to meet the environmental benchmarks set for it.

In addition to Strassburger, several local politicians attended the event or sent a representative in their place, including Strassburger’s colleague Corey O’Connor, who represents District 5 on the City Council. No sitting elected official signed up for a speaking slot. But City Council prospect Bobby Wilson did, talking about his defeat of 12-year incumbent Darlene Harris in District 1’s Democratic primary race last month.

Wilson told the crowd he’ll be an ally if he sits on the City Council following November’s general election. As a technologist at Pitt’s Emphysema COPD Research Center, Wilson has seen the possible effects of air pollution firsthand — it’s one of the causes of emphysema, a lung disease.

“I want you to know that now you have a partner fighting for clean air on the North Side,” Wilson said.

No one who wanted to speak was turned away. After two hours and close to 30 speakers, Strassburger closed the night with a message of thanks for speakers and attendees.

“This has reaffirmed my commitment to this fight … I’m not going to stop listening, but as we’ve mentioned tonight, now is a time for action too,” Strassburger said. “You’ve given me a lot of ideas on not only what City Council could do, but how to work with my partners at the County level and at the state level and even at the federal level to make real change.”

Strassburger added that she considered everyone in the room her “partners” on this issue as well.

“Now I know that when I speak out on this important issue, I have a virtual army of people to back me up,” Strassburger said.