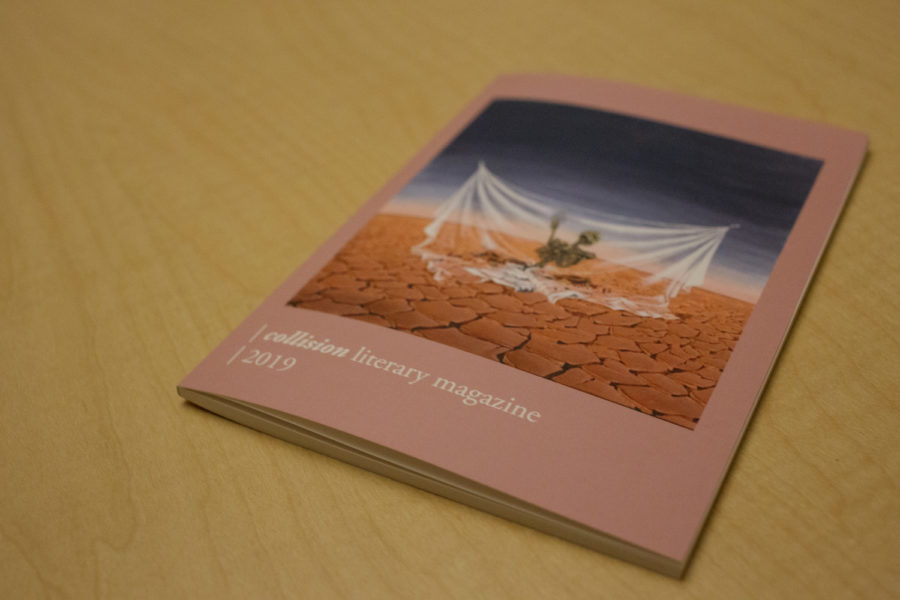 For new students starting their first year at any college, getting involved in clubs on campus can be intimidating, but is also useful when it comes to easing into life at a new university. The University of Pittsburgh offers over 600 clubs, each with a different focus including politics, sports, religion and student government.

Out of the 600 clubs offered at Pitt, there are about 50 centered around the liberal arts. Including film, art, music, dance, and literature, these clubs can help students engage with their passions and meet students with similar interests. Here are a few clubs representing the variety of liberal arts extracurriculars on campus, ranging from casual crafting to publishing.

The Pittsburgh Film Society is a club for movie enthusiasts that holds screenings and group discussions of foreign and independent movies. Formed in spring 2019, the club currently consists of 17 members who gather each week to share their love of cinema and engage in in-depth conversation regarding the screened film and weekly theme. Past themes have ranged from the filmmaking process to holiday movies. Members select the films to be screened by popular vote, taking into consideration the genre and content of the film, as well as how much it will cost to screen.

PFS was founded by junior history and political science major Liam Sims and junior English literature and film studies major Tyler Plunkett, who serve respectively as the club’s president and vice president. According to Sims, members of the club decide what movies to screen based on the group’s personal preferences, while also trying to stick more “indie” flicks, such as Spike Lee’s “She’s Gotta Have It” and Jia Zhangke’s “Ash is Purest White.”

“Although we prefer to screen less mainstream movies, anything goes and any movie has the potential to be screened,” Sims said. “We definitely want to avoid elitism while providing a space to host meaningful and critical discussion that takes into account film history, the works of other filmmakers, cinematic techniques and culture more generally.”

Members of PFS currently watch foreign films or independent productions with little to no critical recognition to give club members a more versatile view on films and filmmaking.

“In the future we hope to secure some lecturers [and] speakers to put some of these films in a broader context,” Sims said.

Sims said all students are able to join, no matter what major they are pursuing or how much they know about films. There are no dues if a student decides to join.

“Even if you don’t feel well versed in film [and] filmmaking but want to learn more, please join,” Sims said. “We do not want any barriers to getting as many perspectives as we can.”

One club at Pitt brings the online art world of Pinterest to life. Pitterest is a “do it yourself” crafting club with the mission of creating a stress-free environment for students to escape their busy schedules and express themselves through arts and crafts.

Pitterest currently has 40 members that gather on a bi-weekly basis to work on various crafts and DIY projects. Past projects have included molding and painting clay plates and designing a wall-hanging macrame. Club members work alongside each other to complete the different crafts, adding a social aspect to a normally independent activity.

Taylor Norris, a junior biology major and current president of Pitterest, said all students are welcome to join the club no matter what level of crafting experience they have.

“We promote creativity in a stress-free environment by making a different craft at every meeting,” Norris said. “By no means does this mean you need to be ‘good’ at crafting. Any and all students are welcomed to attend.”

Members of the club are required to pay a fee of $15 per semester to cover the cost of craft supplies. Meeting days for the coming year are yet to be determined.

Norris said Pitterest can serve as a place to learn more about your creative side and learn the art of crafting to make it an enjoyable time away from classes.

“Coming to Pitterest serves as a great study break, as no thought is required to let creativity flow,” said Norris.

If you wish to join Pitterest, contact Taylor Norris at [email protected]

Collision is one of Pitt’s undergraduate literary magazines. The magazine annually publishes works in fiction, non-fiction, poetry and visual arts from undergraduate students around the world. Collision has received and published submissions from many Pitt students, as well as students from schools such as the University of Central Florida, the University of Puget Sound and Ashoka University in India.

According to Hannah Woodruff, a junior English writing and English literature double major and Collision’s editor-in-chief for the 2019-20 school year, Collision aims to publish experimental pieces that play with structure and style to deliver captivating stories. Collision also greatly values publishing writers from many diverse communities.

“Collision provides a platform for less heard voices. We greatly value diverse perspectives and backgrounds, and we have started the tradition of releasing a zine, in addition to our yearly magazine, featuring work solely from members of these less commonly heard communities,” says Woodruff.

Collision has a current total of 20 members on the team who review submissions and discuss, critique and vote on pieces to be printed in their annual spring magazine. Members also have the opportunity to serve on the editorial, secretarial, design and social media teams. There are specific editors for each genre for reviewing submissions, such as nonfiction, fiction, poetry and art along with an assistant editor to overlook the reviewing and editing of all submissions.

According to Woodruff, the magazine is open for anyone to join and students do not need any prior experience in writing, art or publishing. She said having a diverse group of majors helps create a more interesting magazine.

“We welcome students from any background to join our staff or submit their work. You don’t have to be a studio arts or English major nor are you required to have any prior experience,” Woodruff said. “In fact, we often find that students from a wide variety of majors bring constructive knowledge and insight to our discussions.

Collision meets every Wednesday at 9 p.m. starting in September to discuss and review submissions. They also host different events on campus once a month, including an open mic night where students can come to mingle, listen to readings and snack on refreshments.

According to Woodruff, joining the Collision staff comes with many benefits, such as learning how to critically discuss art and literature, making new friends and learning many valuable lessons and professional skills.

“The months leading up to publication are exciting as you start to see the final magazine take shape, and there is a deep sense of pride and accomplishment when you first hold that magazine in your hands,” Woodruff said. “You’ve put in the work, you’ve helped build a platform that supports both emerging and established creators.”

If you are interested in joining the Collision staff and become a reader for them, email Collision at [email protected]