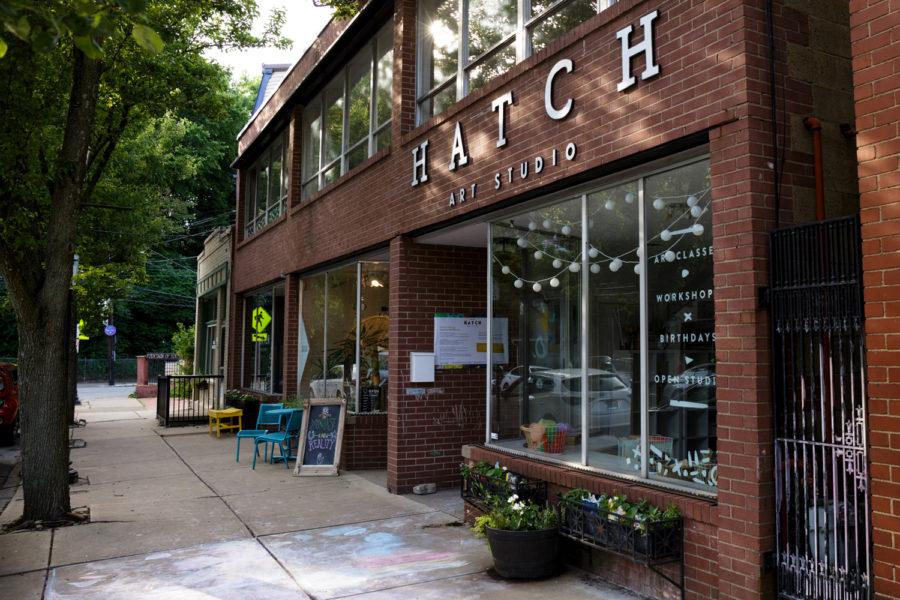 By Zainab Hakeem, For The Pitt News

The artistry of Pittsburgh is inescapable — everywhere you look, there are murals lining buildings and concert posters haphazardly stapled to telephone poles. Pittsburgh art collectives have naturally popped up to encourage the City’s creative output, helping artists go from pop-up art galleries and basement shows to large scale concerts and commissioned works. Here’s a look at how some of the City’s collectives developed.

Adil Mansoor’s theater career began when he was 6. He walked onto the stage in first grade, dressed as a farm animal, and never looked back.

Coming from a family of Pakistani immigrants, Mansoor found that theater provided him with a safe space to be himself as he got older.

“I was being pretty bullied at that point in my life, as being a brown, flamboyant kid in the suburbs,” he said. “And the theater room was the only room that was always kind to me.”

The arts would remain a constant in his adult life, as he would go on to find work in arts education with the Chicago Public Schools and at the Andy Warhol museum in North Shore before eventually co-founding Pittsburgh’s Hatch.

Hatch found its beginnings in a friendship between Mansoor and filmmaker Paul Kruse  following their meeting at Northwestern University in Illinois. Kruse and Mansoor were close friends, but their differences in disciplines never allowed them to work on any projects together.

Following graduation in the summer of 2008, Mansoor moved to Pittsburgh and momentarily quit the arts in order to “grow up” and find a well-paying career, but he and Kruse still talked about making art together. Kruse soon followed Mansoor to Pittsburgh and began working more on a play they had discussed making. They looped in Nicole Shero, the third co-founding member of Hatch, a friend of the two with administrative experience.

Mansoor and Kruse’s play, “Chickens in the Yard,” discussed the story of a gay couple transtitioning from the families that raised them to the family that they raise together, through the four chickens they owned. The trio needed grant money to fund their play, which they couldn’t get without creating a theater company. Originally, they thought they would put on just one play and never collaborate again, so they quickly decided to name their company Hatch, relating to the title of their show.

“There was nothing thoughtful behind it,” Mansoor laughed. “We were almost just gonna be chickens putting on ‘Chicken.’ We were just so over it.”

After putting on “Chickens in the Yard” in June of 2013, the opportunity to put on other shows soon developed. Six years later, the friends are still putting on plays for the Pittsburgh community such as “Driftless,” which discusses how fracking affects people’s lives and relationships. They used the play to speak on an issue that directly affects members of the Pittsburgh community, while making sure that they were involved every step of the way.

“We prioritized hiring folks that had been directly impacted by fracking in one way or another,” Mansoor said.

Hatch stands out from many other theater groups, as their events are never held in the same place twice and are often in unusual venues, like in art galleries, under Pittsburgh’s many bridges or in photo studios. They’ve made telling stories that relate to members of the LGBTQ+ community and people of color a main priority.

“We pride ourselves in audiences that are queer and full of folks of color,” said Mansoor. “We always wish our audiences grow more and more intersectional and diverse.”

According to Mansoor, Hatch treats their team like a family, making them a collective that everyone wants to work with. They invite team members over for dinner and teach them how to work in disciplines they aren’t familiar with.

Chris Boles, a co-founder and the manager of Redfishbowl, was born and raised in Pittsburgh. He went on to become a Pittsburgh Public School teacher as an adult while working side jobs as an Uber driver and an employee at a record store called The Exchange in order to make ends meet.

The record store he worked at was right next to a popular coffee shop in the South Side called Delanie’s Coffee. Boles eventually became friends with the owners and was able to help another friend of his, local artist Tony Fisher, get his work displayed in the shop. Eventually, someone bought the work on display for $200.

Word got around, and eventually other local artists began asking if they could display their work at Delanie’s as well. After multiple artists had contacted Boles, he worked with the owners of Delanie’s to display more works for sale, eventually hosting a makeshift gallery night.

The art gallery became a regular quarterly event at Delanie’s, creating a pipeline for both local businesses in the area and artists seeking to profit from their work and get exposure. Boles was soon incorporating live music, and the audience for the gallery grew to the point where Boles started the South Side Art Crawl in 2015, a community gathering of art and artists stretching from 10th Street to 25th Street on East Carson Street.

The art crawl brought customers into local South Side businesses, as Boles matched each participating artist and musician with a business that complimented their work.

“The cool thing about that was that none of these were traditional venues,” said Boles. “They were tattoo shops, glass blowing shops, clothing shops, coffee shops.”

Redfishbowl was soon given its official name by Ted Remlinger, who helped co-found the art collective with Boles in 2015, and now sits as the organization’s head of business development, by mashing together parts of Fisher’s and Bole’s last names.

The art crawl increased Redfishbowl’s popularity in Pittsburgh, and by the time the second South Side Art Crawl swung around in 2016, running the art collective had become Bole’s full-time job, sustained by sponsorships from brands and a percentage of venue and ticket sales.

The art collective utilizes a “guerilla DIY promotional tactic” according to Bole, creating interactive ads such as mannequin displays and projections to advertise upcoming events. Boles is very focused on making their advertising interactive, instead of pushing ticket sales heavily.

“The goal of that is that people remember experiences,” Boles said.

Redfishbowl represents artists and musicians of all different kinds, exposing locals to different genres of art and music. Currently, Redfishbowl is working on opening Redfishbowl Studios in Lawrenceville, where artists can work, collaborate, connect and present their work.

“That’s important because that’s everyday. That’s not a festival that happens once and it’s done, and I’m hoping…we can help bridge the gap, bring more people together on the daily,” Boles said.

Michael Schwarz, originally from Waynesburg, always thought of Pittsburgh as a “liberal oasis” growing up. He and his friends would travel to the City for cultural events and art shows. Eventually, he started photographing the concerts he attended.

His artistry continued into college, when he went to Boston University and majored in photojournalism. Schwarz dreamed of becoming a reporter in college, but life had other plans for him.

After graduating from Boston University in 2016, Schwarz came back to Pittsburgh and decided that journalism just wasn’t for him. He tried to join the art community here, but found it hard to infiltrate. There weren’t a lot of events for him, or anyone, to meet new people, so he and a group of friends decided to create an art collective meant to pool opportunities for artists.

“It started as a tiny idea,” said Schwarz. “Nothing big. Almost like a little Etsy of sorts.”

They started the collective, called Wicked Pittsburgh, online in 2017, with no idea as to how popular it would become. Schwarz and his friends were already organizing in-person events by the end of the year.

Now, they showcase works from local artists at small- and large-scale events, passing most of the proceeds to local charities, such as the Allegheny County Parks Foundation and 412 Food Rescue. They also work with and donate to other art collectives, such as 1Hood Media and Boom Concept, and seek out opportunities for local artists to create works for national and international organizations and brands.

One of their largest projects so far has been getting artists the opportunity to create a large scale installation for the Thrival Music Festival in 2017.

“It was just fabulous because we pulled these artists from art collectives all across the city,” Schwarz said. “We got a bunch of different organizations involved to spread the love and spread the funds.”

Schwarz’s goal for Wicked Pittsburgh is to help their signed artists succeed without having to worry about writing grants and bringing attention to themselves. They ensure local artists are able to put all of their energy into their work and survive off it, instead of having to work for free “exposure.”