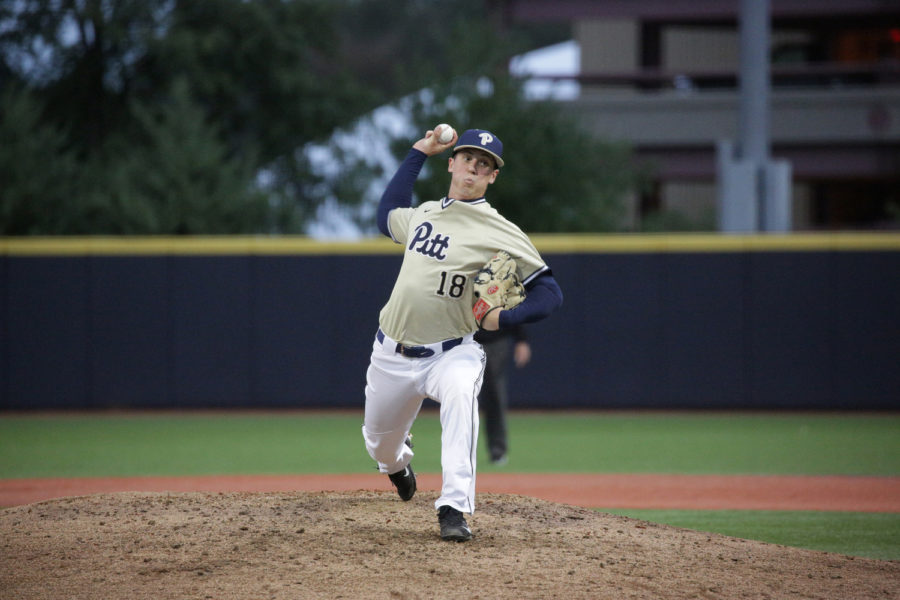 Right-hand pitcher Dan Hammer was drafted by the Baltimore Orioles in the 13th round of the MLB draft.

The college baseball careers of three Pittsburgh Panthers ended early last month following the MLB draft. Now, they have all officially signed onto their new teams.

In the MLB draft, which took place from June 3 to 5, junior right-handed pitcher Dan Hammer joined the Baltimore Orioles in the 13th round, redshirt junior right-handed pitcher Derek West joined the Houston Astros in the 14th and senior outfielder Connor Perry signed with the Detroit Tigers. In addition, Cole MacLaren, a senior catcher for the Panthers, joined his teammate on the Tigers as a free agent on June 21.

While Hammer still had one more year of eligibility to play for the Panthers, he decided to forgo the final season and instead signed onto the Orioles on July 1. In a statement, Hammer thanked his coaches and parents, saying it was “truly a dream come true” to get to play for the Orioles. Over his Pitt baseball career, Hammer registered 189 strikeouts, the ninth most in program history.

West joins the Astros having completed two total seasons for the Panthers, signing his contract on July 2. Over the course of his two seasons, he earned the ACC Pitcher of the Week recognition due to 7.0 scoreless innings against powerhouse Florida State. He was previously drafted in the 2018 MLB Draft by the Atlanta Braves, but did not sign in order to “further [his] degree and develop another year as a player and person.”

Perry signed with the Tigers on June 23. Over the course of his Pitt baseball career, Perry earned All-ACC third team recognition in 2019 and registered a .250 batting average. He also recorded 15 home runs last season, the most of anyone on the team.

“I can’t wait to start my professional career,” Perry said after the draft. “Thank you, Pittsburgh, for everything.”