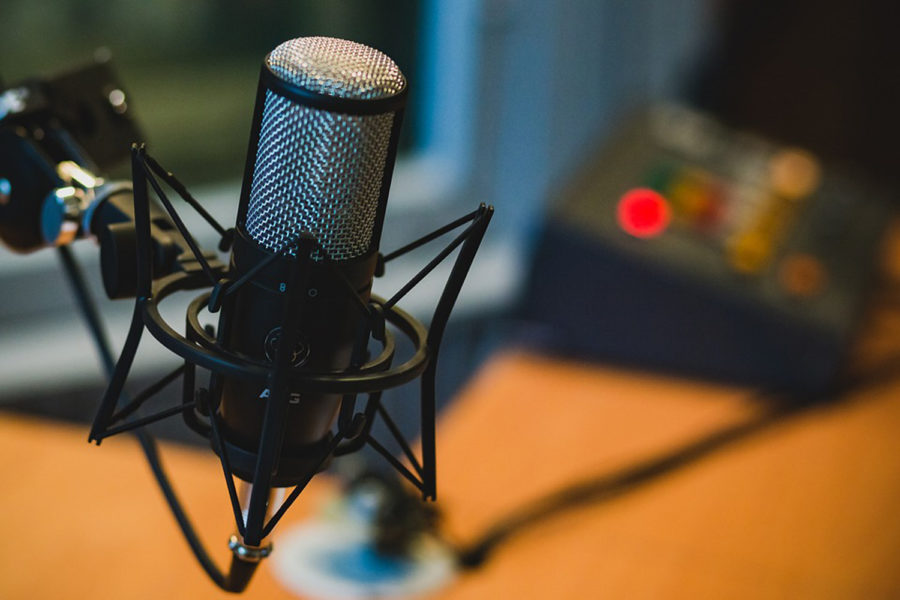 Podcasts have gained popularity recently, with many gaining widespread critical acclaim, such as the true crime podcast “Serial,” or even being adapted into television shows, like “Homecoming,” starring Julia Roberts. While podcasts like these have become mainstream, there is still a myriad of different podcasts out there, covering everything from comedy to science fiction. Here are some of our podcast recommendations for your listening pleasure:

The Gus and Eddy Podcast // Zainab Hakeem, For The Pitt News

“The Gus and Eddy Podcast” is a comedy podcast hosted by comedians and YouTubers Gus Johnson and Eddy Burback, discussing anecdotes, memes and questions from their Twitter followers. Every week, they joke around in their studio made of cubicle blocks and ’80s patterns cut out of construction paper. They frequently invite their friends onto the podcast, usually other YouTubers or actors like James Allen McCune, best known for his role on “The Walking Dead.” Every episode has a ridiculous name that generally has nothing to do with the topic of each episode, such as “Try My Dad’s Mashed Potatoes” or “Lego Star Wars Will Make You Hate Your Brother” to make you laugh before you even start the episode. They employ inside jokes, like all of their friends being called “the boys,” that make you feel like you’re hanging out with your best friends.

“Binge Mode” is a podcast series from The Ringer in which Mallory Rubin and Jason Concepcion examine a popular series book by book, movie by movie and/or episode by episode. So far, Binge Mode has dived into “Game of Thrones” and “Harry Potter.” As a lifelong “Harry Potter” geek, you bet I listened to all 50+ podcast episodes of “Binge Mode: Harry Potter.” Rubin and Concepcion analyzed all seven books, eight movies and, as they put it, “the wider Potter cannon,” meaning they also discuss the new “Fantastic Beasts” films and the many additional pieces JK Rowling has added to the wizarding universe. The podcast is informative (it helped me find great discussion topics when I was in the literature class “Harry Potter”: Blood, Power, and Culture with Dr. Lori Campell-Tanner), and it is absolutely hilarious. Rubin and Concepcion do not shy away from dirty jokes related to wands and Patronuses, making the podcast entertaining for the fantasy nerd in all of us.

SAYER is a narrative science fiction podcast that details the aftermath of an asteroid hitting Earth’s Pacific Northwest. Heralding itself as the future of humanity, the organization Ærolith Dynamics remakes the asteroid into an artificial moon named Typhon, the setting of the series. Outside of any government control, the organization recruits people from Earth to live and work on Typhon under the promise of “a better life among the stars.” To ensure that residents stay in line, the organization builds the titular character SAYER, a self-aware AI that monitors all activity. Narrated by SAYER, each episode is a stand-alone story cataloging the AI’s interactions with different people on Typhon, often involving residents undergoing harrowing tasks as employees of Ærolith Dynamics. Thinly veiling its scorn towards humans under a seemingly objective narration, SAYER’s coldness and dark sense of humor immerses the listener in Typhon’s dystopian society.

Whether you consider yourself a staunchly materialist skeptic or a firm believer in interdimensional bigfoot tourists, “Mysterious Universe” is one podcast that everyone can enjoy. Each week, the indomitably curious Benjamin Grundy and Aaron Wright present a brilliantly curated collection of news, thoroughly researched stories, and exclusive interviews concerning the most paranormal and extraordinary topics out there. Even if you aren’t particularly interested in bat-powered firebombing schemes from World War II, Soviet UFOs, Puerto Rican chupacabras, suspicious owls or sightings of a cross-dressing bigfoot, their wit and Aussie friendliness make for a supremely enjoyable listening experience. Tune in now to the first episode of their 22nd season as the team breaks in their new Queensland studio with a discussion of aquatic cryptids in Lake Michigan.

“Your Mom’s House” is helmed by husband and wife stand-up comedians Tom Segura and Christina Pazsitzky. This podcast has recently climbed to the top of my list just because it indulges in everything nobody else will. If you like deep dives on the most egregious TikToks, casual chats with other stand-up guests, wild storytimes and overall sarcastic commentary on all aspects of life, this podcast is for you. You won’t learn anything from this podcast — in fact you may even lose a few brain cells, but that’s okay. The podcast is so silly and mindlessly enjoyable. If you are fans of Segura’s or Christina P’s stand-up specials, or a stand-up fan in general, “Your Mom’s House” offers so many intimate takes with the best in the industry and always promises a smile.