Pitt to hold listening sessions on One Bigelow project 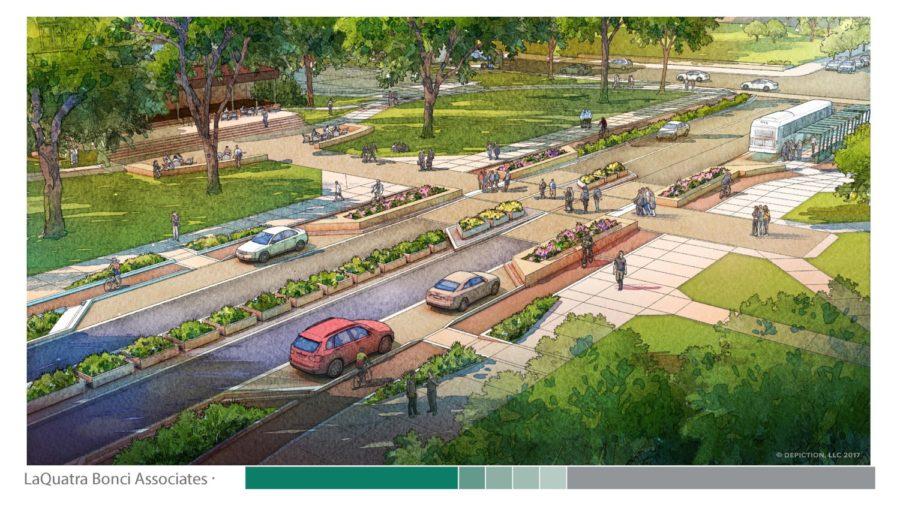 Pitt announced it will hold three community engagement sessions and two “report back” meetings during August to solicit feedback on the One Bigelow project, a part of the University’s campus master plan.

The new academic building — to be located on the site of a large surface parking lot next to The Oaklander hotel on Bigelow Boulevard — will house Pitt’s School of Computing and Information and an underground parking garage. It has been shaped thus far by an ad hoc committee, but Pitt said Thursday it is now ready to share “preliminary thoughts” with the community.

The three community engagement sessions, all to be held before the beginning of the academic year, are scheduled for:

Other projects included in the campus master plan have started to move from paper to reality — the property and facilities committee of Pitt’s Board of Trustees approved a nearly $24 million redevelopment of Bigelow Boulevard between Forbes and Fifth avenues, as well as a $120 million addition to the School of Medicine’s Scaife Hall, at a meeting in late June.