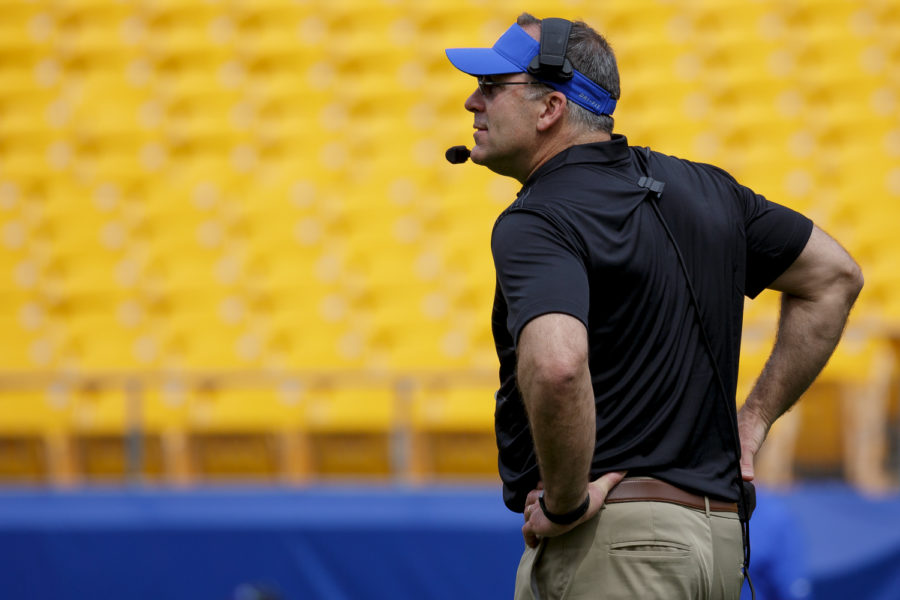 Coach Narduzzi landed his first commit for the football class of 2021 with three-star outside linebacker Nahki Johnson.

The college football season is just around the corner, but men’s basketball recruiting news takes center stage for the Pittsburgh Panthers in our final recruiting roundup of the summer.

Here, we talk about basketball and football recruits that have decided to commit to Pitt. The basketball team also added a walk-on for next season. Although commitments have been minimal since the influx of football recruits to Pittsburgh in June, many players have the Panthers listed among their top schools.

Pitt added the first member to its 2020 basketball roster by landing Delaware transfer Ithiel Horton. The Panthers edged out the Arkansas Razorbacks in the race for the explosive, 6-foot-3 freshman shooting guard.

Horton scored 13.2 PPG and shot just shy of 41% from behind the arc in his freshman campaign. His ability to shoot from deep is a major positive for the team, as it has struggled from long range in years past.

The only downside to this acquisition is that Horton will have to sit out for the 2019-20 season, in accordance with NCAA transfer rules. Once the off year is up, he will have three years of eligibility with the team. When the 2020-21 season rolls around, Pitt will have another dynamic guard to play behind Xavier Johnson and Trey McGowens. Horton will look to propel the team to the postseason in the years that come.

Pitt was able to make a final addition to the class of 2019 by bringing in walk-on point guard KJ Marshall. The high school teammate of Panther guard Au’Diese Toney will be eligible to play for the team next season, but will have trouble finding minutes due to the team’s already loaded backcourt.

Marshall may not be rated the highest by recruiting sites, but he won praise from a current NBA player — when Marshall committed to Pitt, Los Angeles Lakers point guard Quinn Cook told fans that Pitt had won not just a great player, but a great person.

That message fits perfectly with the culture that Capel is establishing with the program. He wants his players to be great on and off the court.

Other possible recruits are still wavering. John Hugley is arguably the biggest target for the Panthers in the class of 2020. It’s reassuring that the four-star center recruit has Pitt listed in his top 12 schools, but the battle won’t be easy. Cincinnati, Florida, Florida State and West Virginia have all also made the list.

Standing at 6-foot-9, Hugley is undersized for the center position, but is the ideal size for a power forward. Pitt desperately needs size down on the block, and Hugley would be the perfect solution.

Posh Alexander is another highly coveted class of 2020 recruit for Pittsburgh. Alexander is a four-star guard that has Pitt listed in his top five schools, competing with Dayton, Illinois, Seton Hall and St. John’s.

Although Alexander is more highly rated than Hugley, guard is not a priority for the Panthers. That’s not to say Pitt doesn’t want to land him, though — he’s a strong athlete and can run the floor with ease.

Alexander and current guard McGowens would pair well together, as Alexander is a ball-dominant guard similar to Johnson. When Johnson needs a breather, Alexander can keep the offense rolling at high efficiency.

Pennsylvania native Elijah Taylor is a three-star power forward recruit that has Pitt in his top six schools, along with Florida, Notre Dame, Providence, Seton Hall and VCU.

Taylor, like Hugley, has something the roster massively needs. In Taylor’s case, it’s a frontcourt presence that can get the team a big rebound when it needs one. His size and athleticism alone should earn him considerable playing time for years to come.

Pittsburgh also made the cut in three-star small forward Myles Stute’s top seven schools list. Programs like Clemson, Florida and Texas A&M also appear on the list, and Stute plans to officially visit all of the mentioned schools and make his final decision in November.

The Panthers were met with some disappointing news hearing that they didn’t make the cut of Marcus Bagley’s top three schools. The high profile four-star small forward recruit will choose instead between Arizona, Arizona State and California. It’s a tough pill to swallow to see that Bagley will not be committing to Pittsburgh, but it looks like Bagley wants to join the PAC-12.

The Panthers landed the first commit of their football class of 2021 with three-star outside linebacker Nahki Johnson. Johnson is a hometown product from Homestead, right in Pitt’s backyard.

Johnson chose Pitt over other in-state programs Penn State and Robert Morris. He will bring speed off the edge and will pressure the quarterback when his number is called.

It’s a good sign that the team is adding impact players at the linebacker position, but winning local recruits like Johnson is even more vital for the program. The Panthers have had problems in recent years with keeping local players in Pittsburgh. Hopefully, the recent commitments from locals like Johnson and Dayon Hayes will inspire other close proximity recruits to commit to Pitt.

Bringing in Taylor would help bolster the offensive line depth for Pittsburgh. The team will soon lose various linemen to graduation, so if Pitt gets Taylor to commit to the program, it’ll keep the offensive line from weakening in the future.