Editorial: Tweets won’t save the Amazon 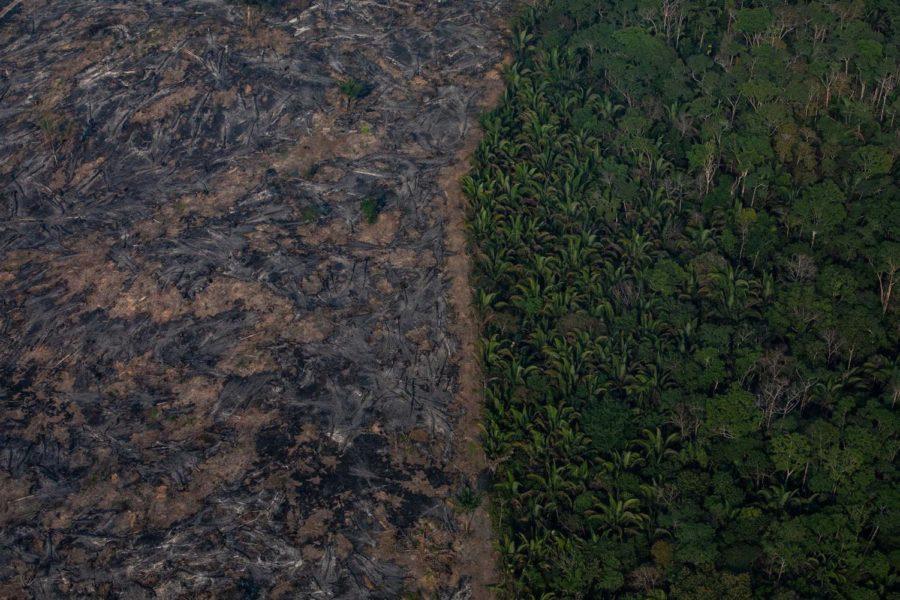 In this aerial image, A section of the Amazon rainforest that has been decimated by wildfires on August 25 in the Candeias do Jamari region near Porto Velho, Brazil. According to INPE, Brazil's National Institute of Space Research, the number of fires detected by satellite in the Amazon region this month is the highest since 2010.

Whenever a major global crisis occurs, we fall into the same online coping mechanisms. Petitions circulate, celebrities encourage their followers to donate to charities and hashtags are created and used again and again.

The Amazon has been burning at a rate of one and a half soccer fields per minute for several weeks now. News of the situation grabbed attention worldwide, leading to the usual internet cycle of donations and retweeted articles about how to save the planet. However, in the case of the Amazon and most other global crises, social media posts and crowdfunding do little to change the situation in the long run and instead act as temporary solutions to systemic problems.

The Amazon rainforest spans nine countries in South America, with the majority of its coverage in Brazil. Known as the lungs of the earth, it absorbs carbon dioxide and releases oxygen, and in this way helps regulate the global temperature. The Amazon is an extremely biodiverse area that is home to one fourth of the Earth’s plant and animal species, as well as 34 million people, including 420 indigenous tribes that speak 86 languages and 650 dialects.

It’s easy to understand why so many people are concerned and calling for action at the destruction of this global treasure. Many have tweeted apolitical solutions, such as going vegan to stop Brazil, one of whose major industries is the meat industry, from deforesting the Amazon for agricultural purposes.

But going vegan or donating to organizations dedicated to rainforest conservation won’t ultimately help save the Amazon. A change in attitude and policy in Brazil and the surrounding Amazonian countries will more permanently help conservation efforts.

Brazilian president Jair Bolsonaro has made several moves since assuming office this year that consolidate much of the regulatory power over the Amazon within Brazil’s agricultural ministry. Bolsonaro’s preference towards economic growth over conservation has caused the rate of deforestation to increase. Brazil’s space research center, the National Institute for Space Research, has been tracking wildfires in the Amazon since 2013. Their data shows that there were 88% more fires this year than last year, meaning deforestation has rapidly increased during the time Bolsonaro has been in office.

In addition to a change in the Brazilian attitude on environmental conservation, international and regional diplomacy and cooperation is necessary to stop this alarming trend towards increased deforestation. Chilean president Sebastian Pinera announced his two-step process for combatting the Amazon fires on Monday at the G7 summit. The first step was to collaborate with Amazonian countries to fight the blaze. The second step was reforestation and protecting biodiversity.

It’s good to see people concerned about the state of our environment. But in regards to the Amazon rainforest, internet activism has its limits. The average person who wants to really help the rainforest via Twitter can help fund and promote advocacy groups and political lobbyists in Brazil and internationally to get politicians and world leaders to take action.

The rest is out of our hands.