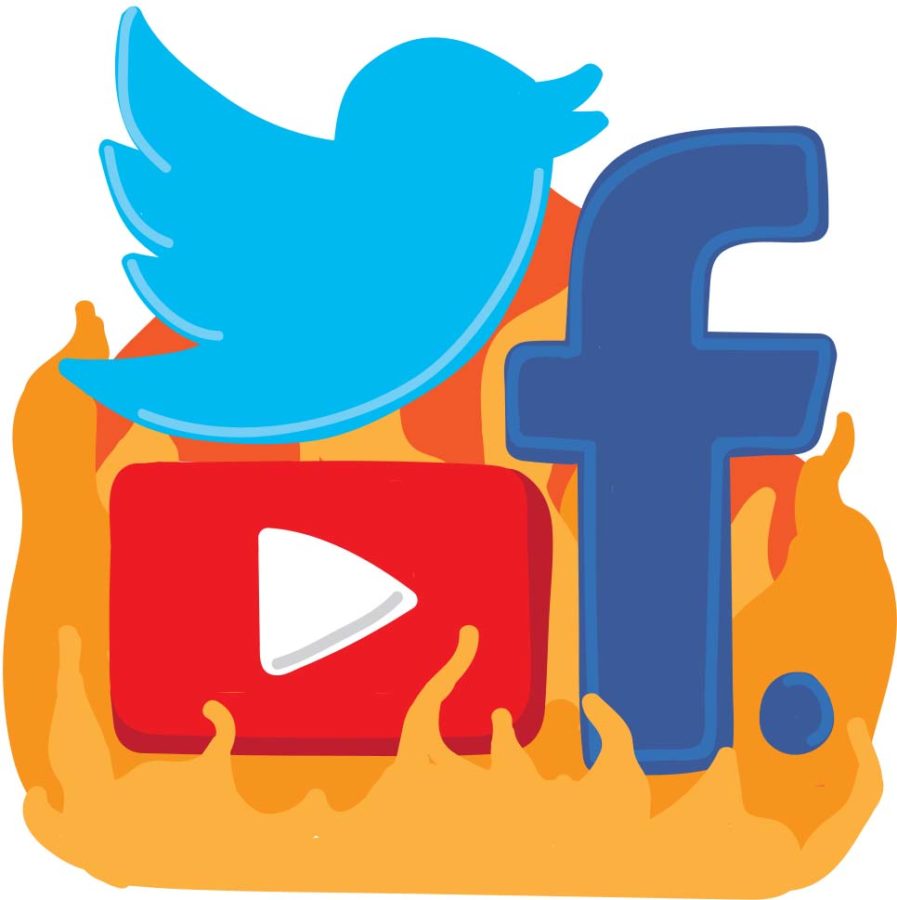 In wake of the devastating Amazon fires, it seems like Instagram users have picked up a new trend of posting climate-related articles and memos to their stories. This is not the first time social media has been used as a platform to spread awareness of political or social issues — feminist activists used social media as an outlet to speak out about the pending Alabama abortion laws in May, and #MeToo gained its strength as a movement through social media as well. In a similar pattern, the forest fires have caused a seemingly never-ending chain of posts intended to spread awareness and make a change.

On the contrary, these climate-related posts merely acknowledge that there is an issue, without activating any change. Thus, the result of this trend is limited to a polluted social media feed filled with a variety of different calls to action that everyone should be taking, like eating less meat, using less electricity or starting a compost.

And yet nothing changes. These lists become redundant and fail to make a lasting impression with most users. In fact, the basic psychological principle of habituation explains this as a natural human tendency — the more we encounter something, the less likely we are to react. Since every article virtually explains the same thing — the future of the planet is dire unless we do something about it — people become accustomed to seeing hundreds of versions of these posts and begin to simply scroll past them.

The good news is that social media can be a constructive and efficient form of activism. However, it would be significantly more effective if people publicize their own actions instead of posting about the actions others should take. We need to change our strategy on social media if we want any results.

In an article addressing the lack of motivation people have when confronted with the effects of climate change, the Harvard Business Review references the Construal Level Theory. This theory explains that people have trouble concretely conceptualizing psychologically distant things. Thus, since most natural disasters, including the Amazon fires, are not happening where most people live, the dangers and future consequences of climate change do not directly resonate with people.

The reality is that people are busy, humans are naturally selfish and climate change has yet to personally impact most of us. If people are interested in reading up about the Amazon fires, or other global happenings in the world, then they can do so by clicking on any of the news articles that Apple sponsors and sends to our phones every hour of the day. However, when people open up Instagram for just a few seconds at a time, they most likely do not want to learn a lesson on how to stop global warming, and they’re probably already aware of the “small everyday steps” everyone can take to help the planet — like using fewer lights or switching to a battery-operated car.

PBS published an article earlier this year explaining the phenomenon surrounding people’s lack of action in dealing with climate change. The article explains that while people are well aware, and often reminded of the issue of climate change, the innate human tendency to focus on the present causes them to ignore the cause. The problem is not a lack of exposure to the facts of climate change, the problem is that people are not invested in the issue because the long term consequences don’t affect them in the immediate future.

Robert Gifford, an environmental psychologist at the University of Victoria in British Columbia, explains these “dragons of inaction,” or barriers that intercept our view of climate change and discusses how we can train our brain to diffuse these hurdles.

“So people change their minds about the issue rather than changing their habits because it’s an easier way to cope,” Gifford wrote.

Acknowledgement and self-education are crucial elements of enacting change — but at this point, despite the White House’s denial — most of us are very aware of the issue at stake. It’s time to stop posting about it and time to start doing something to change it. Thus, it is unlikely that Instagram stories intended to raise awareness and initiate change will ignite the necessary transformation.

Instead of continuing in the trend of issuing vague calls to action and reposting useless links, users should start a trend of documenting themselves taking these forms of action. This may include attending a protest and advertising the event on social media, or perhaps keeping a compost and putting that process on your Instagram story.

The human tendency to follow the crowd serves as an advantage in this aspect that, along with being selfish, humans are also naturally followers. The same way users have latched on to the trend of reposting planet-related stories, they might also partake in following through with these suggestions if that became a trend as well.

For example, the ALS Ice Bucket Challenge went viral on social media a few years ago. Not only were people spreading awareness about the disease, but they were partaking in an interactive challenge that resulted in $115 million in donations. Whether or not people knew the specific details of the sickness proved ultimately insignificant because a mass amount of people around the country were making an active difference about it.

If people are so eager to blindly follow the crowd toward any senseless direction — even if the act poses a potential death sentence — then a simple “grow your own tree challenge,” or “start a compost challenge” could easily go just as viral. Not only would it raise awareness of the issue and increase discussion on the topic, but it would simultaneously promote change through action.

When it comes to climate change, we do not have time to read every detail and educate ourselves on all of the science — and to assume that we do is presumptuous and overly ambitious. With that said, social media can spread the word and enact change, it’s just a matter of avenue.