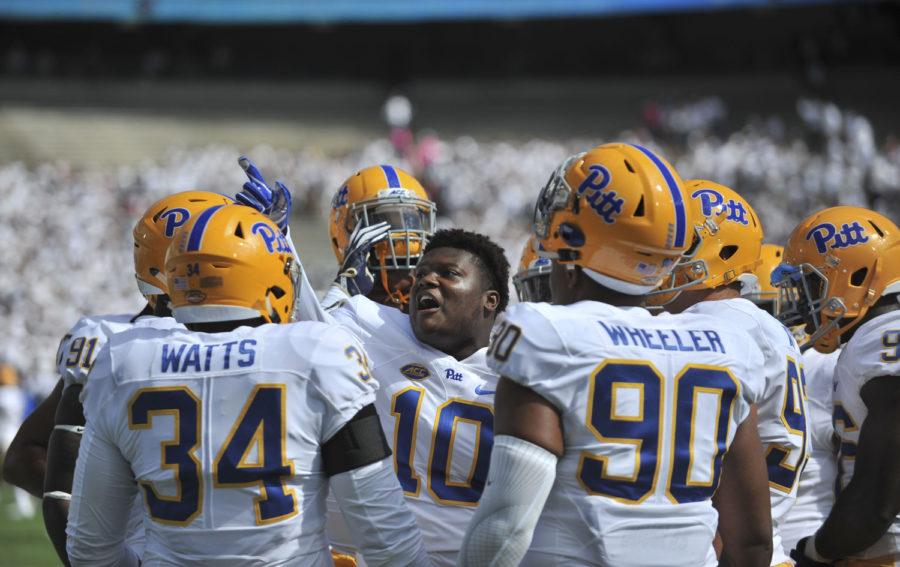 Defensive Lineman Keyshon Camp (10) pumps up his teammates as the rivalry against PSU heats up. (Photo by Wenhao Wu | Assistant Visual Editor)

“We are really heartbroken for Keyshon,” Narduzzi said. “He put a tremendous amount of work in during the offseason and was outstanding against Virginia before he got hurt. Keyshon is a strong young man, though, and I know he won’t let this adversity sidetrack him.”

Camp was disruptive vs. the Cavaliers last weekend, recording a pair of quarterback hits as well as a half sack.

Camp is the second Pitt defensive lineman to lose his season to a knee injury. During training camp, junior Rashad Weaver suffered a non-contact knee injury that sidelined him for the entirety of the 2019 season.

Pitt has a short turnaround to fill the holes in its dwindling defensive line depth. The Panthers host Ohio University this Saturday at Heinz Field. Kickoff is scheduled for 11 a.m.