Passing the memory of 9/11 to a new generation 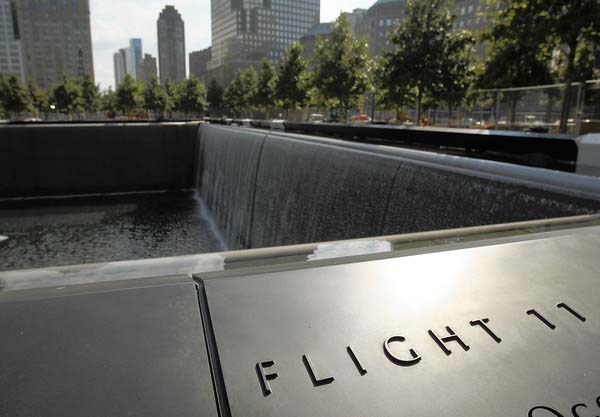 Most current students don’t have clear memories of 9/11.

With most students entering college at the age of 18, Pitt’s class of 2023 is likely the last class to have a sizable number of students born before Sept. 11, 2001.

On that date, a total of 2,997 people died after planes hijacked by extremist group al-Qaida struck the Twin Towers in New York and the Pentagon in Washington, D.C. Another hijacked plane directed towards Washington D.C. crashed in western Pennsylvania following an attempt by the passengers and crew to regain control.

Despite the intense impact 9/11 had on American culture, the event is crossing the divide of personal memory into history for a lot of younger people. Some of Pitt’s older students, like senior psychology major Nikki Webb, have only distant memories of the events of 9/11.

“I was in preschool, I think, and I remember my mom picked me up from preschool that day, because everyone was freaking out. I remember watching it on the news,” Webb said. “It just makes it more real because when you look back at things in history class, sometimes you think it doesn’t affect you as emotionally because you weren’t there for it.”

The events of 9/11 affected America socially and politically. The United States government launched “the War on Terror” and created the Department of Homeland Security in response to the attacks. Airport security became much more complex, Islamophobic sentiments increased and thousands of first responders, survivors and witnesses were left with illnesses from the attack, including respiratory diseases, cancers and post-traumatic stress disorder. Memorials were instilled throughout the country to honor the fallen, including the opening of the National September 11 Memorial & Museum at the original World Trade Center site in 2014.

Some young adults, like first-year psychology student Peri Brown, have no recollection of the terrorist attacks at all. Brown said she believes it’s important for the younger generation to learn about what happened through the memories of others.

Although many students may not have specific memories of the terrorist attacks, they are aware of the changes it spurred in American culture. Zach Spodek, a senior studying marketing, supply chain management and business information systems, said although he has no recollection of the attacks, he can clearly recognize the impact it has had on the country.

“I naturally learned about [9/11]; I can’t remember the exact date,” Spodek said. “It’s a significant event, a changing point in our culture. You can pinpoint the impact it had on airports and just American culture in general being more secure.”

Researchers are working on new ways to educate this younger generation about traumatic events because of the impact that these kinds of events have on history. Mary Margaret Kerr, a professor in the education department, is a research coordinator currently studying children’s experiences at historic sites that are associated with traumatic events. Kerr said the initiative falls onto everyone, including Pitt students, to discover why 9/11 is a significant event.

“I don’t try to tell people why it’s important. I don’t want, necessarily, to tell you what’s important to you about an event in history. The reason that I like this kind of work is that it gives people the experience of finding out why it’s important. And I think people need that,” Kerr said. “I think it’s so much more meaningful, after any tragedy, when people find what it means to them.”

Kerr’s team has developed a collection of resources, activity books and cell phone tours, specifically for young visitors at the Flight 93 Memorial in Somerset County. The memorial honors the passengers of the flight who attempted to overthrow the hijackers, resulting in the plane crashing into a field instead of reaching its destination of Washington, D.C.

The team works closely with eighth-graders at Mechanicsburg Exempted Village School District in Ohio to develop educational resources to place at areas relevant to 9/11, such as the Pentagon. Through a collection of teaching videos created by Pitt students, the middle school students learned from Kerr’s team about the history of 9/11, as well as the research process.

Daniel Keller, a biological sciences senior and one of Kerr’s undergraduate researchers, said that while events like 9/11 are traumatic and unwanted, they shape our country’s identity, and people should continually learn about them in an integrated way.

“One way to create that kind of education is to weave them together as one collective understanding of trauma and pain, but also of resilience and pushing forward to make the world that we’re living in today better than the one we experienced when we had that kind of tragedy,” Keller said.

Kerr said Pitt students should take initiative today to remember the events of 9/11 through educating themselves, as well as thoughtful reflection.

“If not 9/11, I hope that the lessons of tolerance [will be remembered],” Kerr said, “Remember some of these human stories, and then remember something in that story that inspires [you] to do a certain behavior or be a little more tolerant or and be a little more open — that would be a really good goal.”