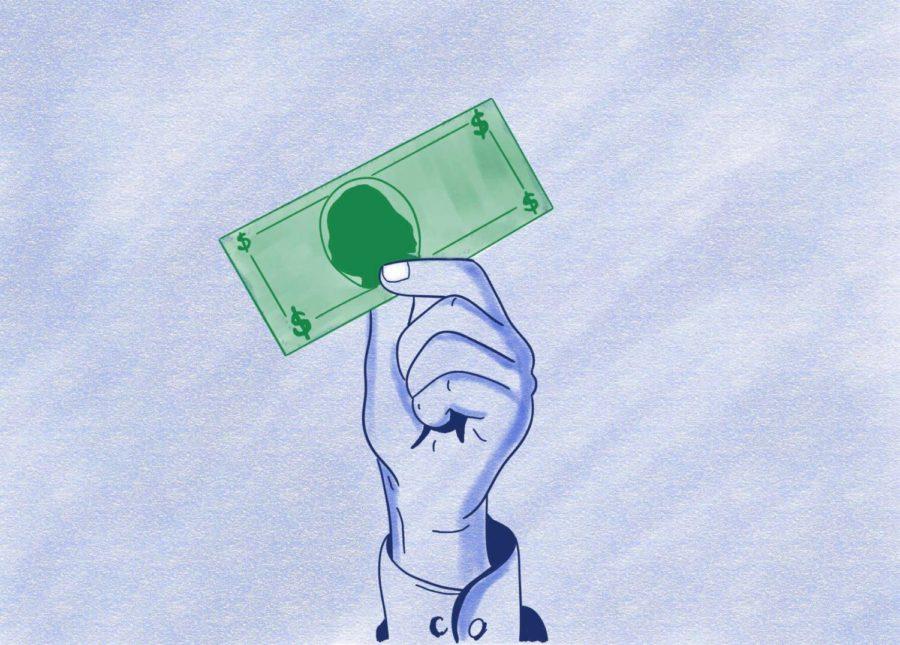 By Michael Clifford, For The Pitt News

Unprepared to lose the supposed political dogfight between employee and employer, the “Fight for $15” movement has been mobilizing across the nation, arguing for a minimum wage floor of $15 per hour at the federal, state and local levels — with a few cases ending in success. One policy this movement advocates for is to change university policy for student employees so that those workers receive a “living wage,” and to eliminate exemptions that allow part-time student workers to earn less than the mandated minimum.

The minimum wage is a politically contentious issue, and a number of different opinions occupy the discussion. Many economists are skeptical of these types of directives, and believe that a high minimum wage actually generates unemployment for low-skilled workers. For a variety of reasons, this simple supply-and-demand model of the labor market might not explain everything, but the pro-minimum wage activists are increasingly arguing, based on misunderstandings, that it explains very little or nothing. The burden of proof is in their court to demonstrate why this policy will prove beneficial, and until that happens, there is no room for the consideration of potentially destructive changes.

The range of services colleges already offer to students is extensive — including opportunities to find internships and do research that, paid or not, improve resumés and reach far beyond the process of merely getting a degree. Students are not owed paid work by their school, and treating paid work as if that too was a service, would be a money-losing measure that could cost the rest of the university or the students — a lesson demonstrated at the state and local levels where the “Fight for $15” movement’s ideas have won out.

The Seattle City Council legislated just such an increase in 2014, raising the floor for large employers to $15 by 2018 and commissioning economists at the University of Washington to study the ordinance’s effects. The report, released in June 2017, initially concluded that the law in its early stages had the exact opposite effect of its intentions, actually lowering incomes for low-wage workers by $125 per month as a result of employers cutting their hours.

A later report released in October 2018 by the same authors also found even more unintended consequences, such as a steady decline in the hiring of employees with few skills and, in stark contrast to the rosy picture painted by those who supported the ordinance, even workers who had been forced to take up additional work outside the city in order to make up for the lost income. This is precisely the opposite outcome of what pro-minimum wage activists want — that is, a world where everyone can support themselves on just one income from one job.

Further empirical evidence continues to cast doubt on the notion of costless wage hikes. A survey of New York City restaurants taken earlier this year found that 90% have raised menu prices, 77% have reduced employee hours and 36% eliminated positions in response to wage increases that have already taken place. Contradicting those endorsing them, some studies have found that even in moderation, pay floors can be, and have been, harmful.

With that knowledge, just as policy makers everywhere should have pause in the face of uncertainty, so too should the understanding be that no employer is free from these constraints, even universities.

Conceivably, there is the possibility that, because public and state-related universities do not operate on the same profit-seeking principles as private businesses, they will not be as affected by large wage hikes. The school could also be expected to just eat the cost, but early evidence on these experiments at schools suggests that this is not what they are prepared to do.

The University of Washington, which would pay $25 million to support a $15 wage, notes the necessity of cutting costs in administration or downsizing certain departments through attrition, killing job opportunities for the very students targeted or even other staff that had nothing to do with the policy.

Conclusive evidence one way or another will be difficult to come by for several years, while these ideas are still in infancy. On that basis, it is wise for any schools considering hikes to their wage floors to remain cautious and to be aware that any cost-reducing or revenue-increasing measures — even including the possibility of further tuition hikes — are likely to prove unpopular.

Dean of Students Kenyon Bonner even indicated last year that student employment at Pitt would probably have to be cut by around half in order to pay a hypothetical $15 floor, which is more than some regular staff earn.

The host of “living wage” arguments are weakly founded. Work, often part-time, for university students is temporary and about gaining employment to help with tuition — not fulfilling one’s dreams or building a life on a single income. Accomplishing those goals is what college is supposed to do. Without sufficient evidence or precedent to credibly claim that high minimum wages do not harm workers, the “Fight for $15” crowd’s latest assertions and campaigns for radical change should be taken with a grain of salt, as they create far more questions than they answer.