How some Swanson students skip class and fly the co-op 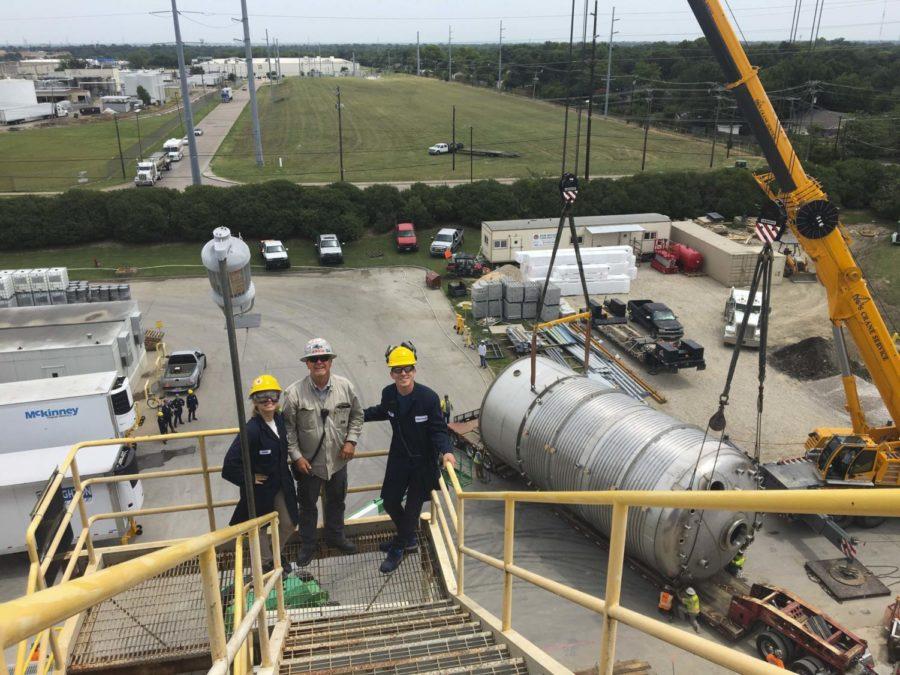 When Robin Thomas, a chemical engineering major and senior at Pitt, visited the co-op office, she wasn’t quite sure what she was getting herself into.

“Even when you go into engineering, you aren’t really sure what it is,” Thomas said.

The co-op program gives students in Pitt’s Swanson School of Engineering an opportunity to apply what they learn in the classroom to real engineering jobs. Through the co-op — short for cooperative education — students will complete three separate four-month-long rotations at a chosen employer, alternating terms of work and school. By graduation, the student will have completed a full year of work experience.

Pitt will hold a fall co-op fair Oct. 3 from 9:30 a.m. to 1 p.m at the William Pitt Union. According to Tyler Kimmel, the programming administrator at the Swanson School of Engineering co-op office, students who can’t make it to the fair can just come into the co-op office and meet with staff. The office has walk-in hours Monday through Friday, from 8:30 a.m. to 5 p.m. in Benedum room 152.

“Students work with us, but it is up to them where they want to apply,” Kimmel said. “We give them all of the resources, we help them all the way and then it’s up to them to apply.”

The office reviews all students’ applications and helps them find companies they may be interested in applying to, based on the fields of engineering they want to work in and the general area where they would like to work. The co-op office also gives each student the opportunity of a mock interview to prepare for the real thing.

For her co-op, Thomas was placed at Sherwin Williams, a paint company. She spent her first rotation in Garland, Texas, at an industrial coil plant and her second in a Sherwin Williams lab at the global technical center in Pittsburgh. Thomas was stationed in a coatings lab, working in a fume hood to create batches of the resins that will later coat things such as cans and bottles.

“[The rotations] were drastically different,” Thomas said. “But they gave me two different sides of chemical engineering that I could go into after I graduate.”

Thomas said that the wide range of experience that her co-op has provided her within the field of chemical engineering has allowed her to put more consideration into what she wants to do after graduation.

Tyler Weinstein, another chemical engineering major and senior at Pitt, is also working at Sherwin Williams for his co-op. He is currently on the second rotation of his co-op stationed in Rochester at the company’s coatings facility. There, Weinstein is working with contractors and facility personnel to improve the equipment in ways that will assist production.

For his first rotation at Sherwin Williams, he was located in Dallas. There, he worked with a team to ensure that all of the facility’s equipment met environmental health and safety standards.

On projects such as this one, Weinstein was able to use the technical education he received from the engineering school to solve real-world problems.

“Swanson allows us to take the theoretical basics to the pieces of equipment we see here,” Weinstein said. “We are already exposed to it beforehand, but once we get here, we actually have the ability to see what it is like in real life.”

But, he added, while the exposure does help, nothing prepares a student for the workforce better than working in the industry itself.

“You really don’t know what an industrial manufacturing or chemical plant looks like until you actually step into one and see just how much goes on in every single process that makes some of the simplest things in the world,” Weinstein said.

Ben Koo, a mechanical engineering major and senior at the University of Pittsburgh, has completed two co-op rotations at Ansys Incorporated, located in Canonsburg. Koo helped the company create engineering simulations for clients, helping them test the efficiency and usability of various tools.

“Through my experience here, my programming interests have only become stronger,” Koo said. “I have begun to consider a career in the software industry more seriously.”

Since beginning his co-op rotations, Koo has decided to add a computer science minor to his degree at Pitt. But technical skills are not the only thing that he is happy to have learned on his rotations.

“In addition to technical knowledge, it has definitely helped me improve my communication and teamwork skills in a professional engineering environment and better understand how a corporation operates from an employee’s perspective,” Koo said.

If the opportunity arises, Koo said, he would happily accept a full-time position at the company.

The co-op program has a 96% placement rate for students that apply for the opportunity.

And according to data collected by the program during Pitt’s 2017-18 academic year, 61% of students that participated in Swanson’s co-op were offered full-time positions from their employer.

Koo, Weinstein and Thomas have not completed all of their co-op rotations and are still unsure of their post-graduation plans. But that’s not something Thomas is worried about after participating in the co-op program, she said.

“Even if I don’t [get a job offer], it still makes me a better candidate when I graduate,” Thomas said. “Now I’ll have a year’s worth of actual engineering experience, where as some other engineering students might not have had that opportunity at other schools.”