Opinion | Democratic debate blurbs: the good, the bad and the Biden 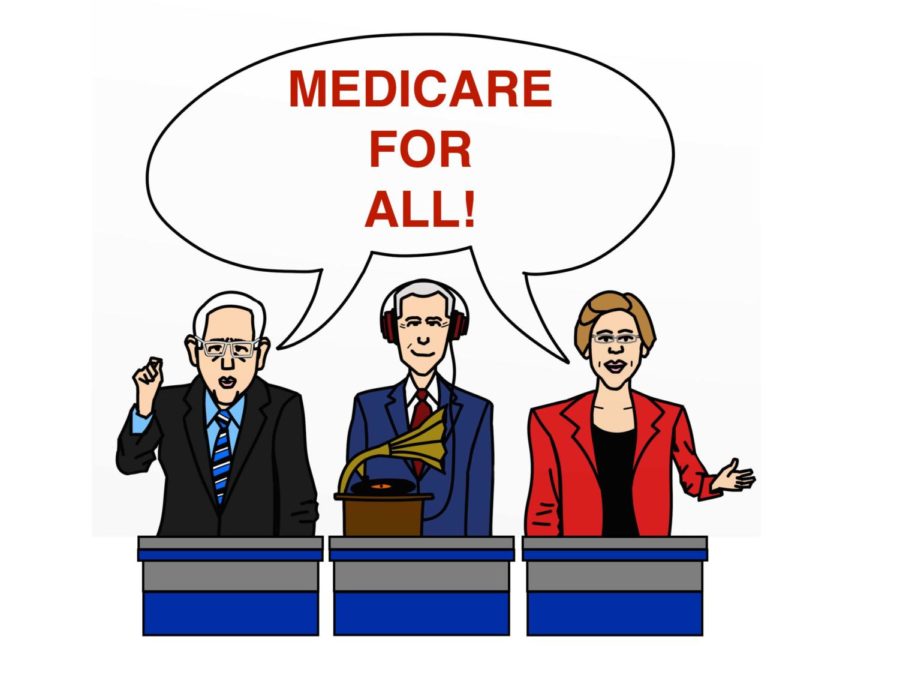 After two nights of sheer mayhem in July, the Democratic Party kicked off the next round of primary debates on Sept. 12 in Houston, with its top 10 candidates facing off on one stage. While less chaotic than the previous debates, Thursday night did not disappoint on delivering catchy one liners, cat fights and some extremely powerful statements. Here is my breakdown of each candidate’s performance — the good, the bad and the Biden.

Joe Biden: The front runner did … dare I say … well? On the issue of Medicare, he was able to actively counter attacks from Sanders and Warren and even some cheap shots from Castro. He still tripped up over his words, bizarrely rambling on about a record player with seemingly no relevance to a question about making amends for prior generations’ school segregation. But at this point, voters are probably more than used to hearing a presidential figure who has difficulty forming coherent sentences.

His closing statement about the devastating losses of his wife, daughter and son reminded voters why he is the grandfatherly figure so many are drawn to and definitely helped reinforce his lovable nature. The question remains as to whether or not that warm heart is enough to outshine some of the most qualified candidates to date.

Bernie Sanders: No one can deny Bernie’s passion for issues like Medicare, and his commitment to bringing American people opportunities is nothing to take lightly. While his fervor is tangible, his 13 minutes and 43 seconds were mostly spent reemphasizing ideals he has already outlined in great detail, even using the exact same language to describe his “damn” “Medicare for All” bill. It almost feels like Bernie is rerunning his 2016 campaign, which may be part of the reason Warren has more momentum. Sanders will be in this race for the long haul, there’s no doubt about it, but in order to oust Warren and convince voters his policies are the only option, he needs to find a way to revive the excitement his campaign once inspired.

Elizabeth Warren: Warren, as per usual, had a standout performance, emphasizing her ability to navigate economic policy questions and showing exceptional relatability when discussing her career as a public school teacher. She is able to ride the line between showing passion and advocating for her beliefs while seeming composed and calm.

If Warren is going to keep the momentum of her campaign moving, however, she must figure out a strategy to be transparent about tax hikes and other necessary points of her Medicare for All plan. I wish she got more of a chance to go after Biden, but nevertheless, Warren persists in her fight to oust the front runner and separate herself from Bernie.

Pete Buttigieg: Mayor Pete, the surprise hit of the 2020 primaries, had another calm and collected performance. He made the strongest case against Sanders’ Medicare for All bill, stating he “trusts” Americans to choose what insurance plans meets their needs best, but failed to have any other standout moments. The Afghanistan veteran opened up about serving under “Don’t Ask, Don’t Tell” in his closing statement. Hearing a major party candidate openly discuss his sexuality on a national debate stage is a huge step in the continued push for LGBTQ+ representation in politics. The rest of his performance, however, was not as revolutionary. If Pete fails to break out in the next debates, I fear he may get the Boot(igieg).

Kamala Harris: Kamala’s side gig as a stand-up comedian took off in Houston and was met with rousing laughter from … herself. After chuckling at Andrew Yang’s opening statement, Kamala compared President Donald Trump to the Wizard of Oz, saying “when you pull back the curtain, it’s a really small dude” and proceeded to laugh at her own joke for several seconds. Beyond this, Harris didn’t make much of a splash last night. She once again failed to substantively combat her record as district attorney, where her previous stances on issues like the legalization of marijuana contradict her newly proposed criminal reform bill, and spent the majority of her time focusing on Trump. Her first debate proved she is a fierce competitor on the stage, and in order to oust Biden and make a run for the moderate vote, she will need to revive that spirit.

Amy Klobuchar: Klobuchar came across very well prepared, but a decent performance is not enough to move up in the polls. She excelled in delivering catchy one liners, like “I don’t want to be the president for half of America — I want to be the president for all of America.” The Minnesota senator emphasizes her Middle American roots, but the middle ground is already packed with candidates who have garnered far more attention. Her attempts to seem calm and composed came off as uncharismatic. Klobuchar did nothing necessarily wrong, and even had a few good moments, but it seems like nothing is enough to move the needle.

Julian Castro: The former secretary of Housing and Urban Development should have brought an air horn with him to the debate. Castro did not shy away from going after his opponents, going as far as to target Biden’s memory in seemingly desperate attempts to distinguish himself from the bottom of the pack. Castro’s attempts to seem impassioned appeared bizarrely aggressive and failed to demonstrate why he is still in this race.

Beto O’Rourke: After the last debates, it seemed Beto’s run was near over. While he had a decent performance on Thursday, it was not enough to revive his campaign. Beto shows incredible passion for gun control, especially in the wake of the tragedy in El Paso. He put his home-field advantage to use and was able to take over the gun control question. Beyond that, he failed to make much of a dent in the debate and has really done nothing to prove he deserves to be there. While he has written off a run for the Senate, it may be his best option.

Cory Booker: Forget Kamala and Yang, Cory wins Last Comic Standing for his performance on Thursday. Yet unlike his opponents, Booker managed to use humor to increase his relatability while still managing to compose sophisticated thoughts on issues like public schooling and environmental crises. Booker was thrown some bizarre questions from moderator Jorge Ramos, who asked if everyone should subscribe to veganism as the senator does, and was able to answer with humor and grace.

The New Jersey senator faces an uphill battle against moderates like Biden, Harris and Buttigieg before he can come close to the nomination. He’s still polling at roughly 1%, but don’t be surprised if his performances in both debates give him some momentum in the very near future.

Andrew Yang: Remember that time last year when everyone wanted Oprah to make a presidential run? Well, our prayers were answered and now YOU get a thousand dollars, YOU get a thousand dollars and so do the eight other people who sign up for Yang’s email list. Yang’s gimmicky opening statement promised to give “freedom dividends” of $1,000 a month to 10 families for a year, chosen from his mailing list. Yang had little time to expand upon his other policies, earning the least amount of time at the mic. While he didn’t do anything to earn my vote, he was certainly memorable.