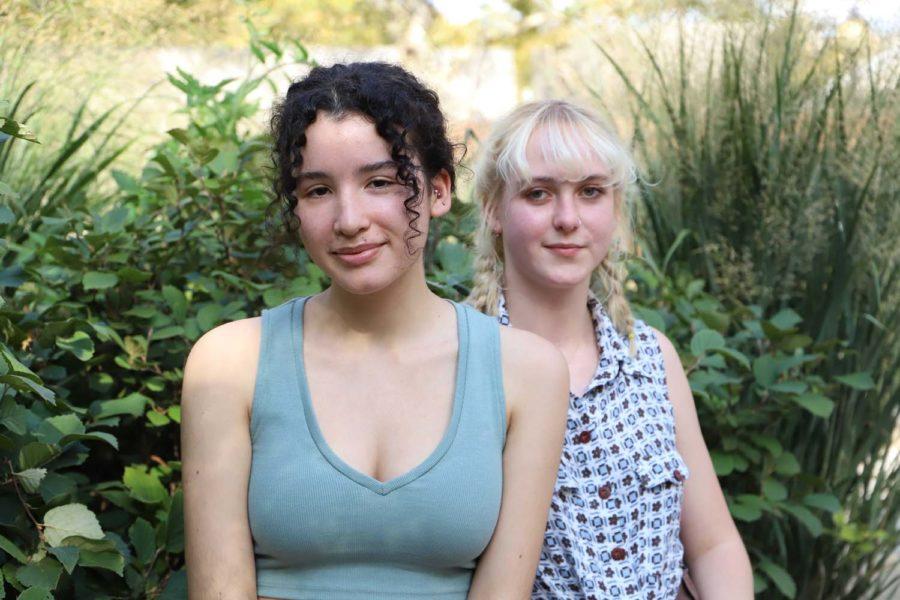 Don’t try to walk up the center section of stairs at the Pittsburgh City County building from noon to 4 p.m. on a Friday — you’ll have to step over a group of teens.

In the center will be 18-year-old Upper St. Clair native Leandra Mira, who has been leading Fridays for Future in Pittsburgh. This is the movement founded by the 16-year-old Greta Thunberg, who started striking school on Fridays to protest climate issues last August.

Just like Thunberg, Mira’s first few weeks were spent striking alone. Every Friday, she would broadcast the movement on social media and tell others that she was striking. She would get responses from friends and classmates who said that they were interested in joining her. But each Friday came and went with only Mira on the steps.

Eventually, she started getting noticed. Both Sarah Hart, a senior environmental studies major at Pitt, and Madeleine Ryan, a junior at South Fayette High School, found out about Mira’s strike through her social media posts. Ever since then, they’ve come to sit with her every week.

“It has been really great meeting with other people who are very passionate about the environment,” Hart said. “We’ve connected with a lot of amazing organizations as well. It keeps the conversation alive.”

Both Hart and Mira said people are often scared to talk about climate issues — when shown the consequences of their actions, people respond with paranoia and anxiety. They don’t always want to be stuck in that corner, though, so they simply avoid talking about it, not wanting to accept their place in the climate crisis. But Mira and Hart want those people to know one thing — you are here, but it’s not too late.

“All of us have done things that have made the issue worse,” Mira said. “There’s many different solutions for climate change, but we need to put them into action. It takes work, it takes time, it takes action, it takes striking.”

Mira said she chose the building because it is the seat of government for the City, citing a moment last Friday when Mayor Bill Peduto noticed the group sitting on the steps. According to Mira, Peduto stopped and told the students how important it was that they were demonstrating there.

“If we were at Point State Park, he wouldn’t have come all that way to acknowledge us,” Mira said. “But when he goes to meetings, he’s stepping over us on the stairs.”

Most people that walk past the City County building on Friday afternoons are supportive, offering a smile or a nod. But Mira said the demonstrators have faced some opposition in the past. One man that approached them spoke about his views on President Donald Trump, climate change and money — appearing to enjoy their discomfort.

“He was going on about how he wanted me to become his secretary,” Mira said. “At one point I just stopped responding to him.”

Despite it all, Mira, Hart and Ryan now said they have been building momentum for the big event — the global climate strike on Friday. Mira said she has been disappointed with Pittsburgh’s participation in the strike in the past couple of years and has taken it upon herself to make a bigger statement.

This year, the event will feature a large-scale sit-in at the City County building, speakers from the Pittsburgh area and tables from organizations involved in climate change activism and reform, such as Fossil Free Pitt, Breathe Project and 350 PGH.

“Young people are the future, and climate change is going to affect us the most,” Ryan said. “Young people see the effects that this is having and know that they will not have a sustainable future.”

Mira’s vision for the event features education above all else, as she believes climate science worldwide is fraught with miscommunication. The emphasis is often put on individuals, and people aren’t always willing to change their lifestyles. Mira, Hart and Ryan said they know small individual changes can lead to massive benefits on a larger scale, but they want to change the language to put more pressure on the largest polluters — corporations.

They cited a 2017 study from the CDP, formerly the Carbon Disclosure Project, in collaboration with the Climate Accountability Institute, that found 100 companies responsible for 71% of the planet’s greenhouse gas emissions since the late ’80s.

“Through education, through people becoming more informed, [we can] vote for politicians who are intelligent and know how to solve those issues and know the right things to vote for their communities to thrive,” Mira said.

Each of the three activists said they want the event to address the misinformation that causes people to ignore climate change or even deny it altogether. By striking, they have heard the voices of people that accept them and those that deny them, but it has not stopped their movement, Mira said.

“Climate change is going to be very uncomfortable,” Hart said. “But it should make you uncomfortable. You shouldn’t be able to see communities being destroyed and people going without water, and then just remain complicit.”

Hart said every major movement that has emerged from taboo to become mainstream started small. No matter what happens on Friday, the activists said they are going to continue pushing their way into the mainstream no matter what. But don’t call them activists. They don’t like that word.