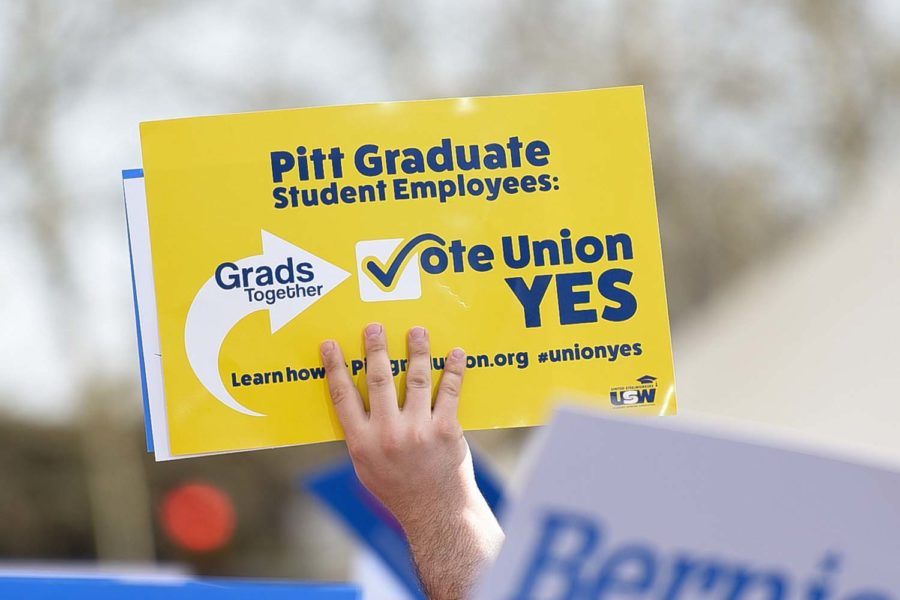 The Pennsylvania Labor Review Board has determined that the University engaged in unfair labor practices during the grad student union election last spring.

A Pennsylvania Labor Relations Board official has determined that the University committed unfair labor practices which affected the outcome of April’s graduate student union election. The official has ordered a new union election, according to a Wednesday press release from United Steelworkers.

Hearing Examiner Stephen Helmerich said in his ruling that Pitt committed “coercive acts” leading up to the April vote, which was meant to determine whether or not graduate students at Pitt should unionize and join the Academic Workers Association of the United Steelworkers. The outcome of the vote was 675 for and 712 against.

Pitt’s anti-union actions included intimidation and misinformation, according to the release. These included creating the impression through emails that the University was keeping specific track of who voted and spreading false information about what the potential union could bargain for. Helmerich said these methods “potentially affected a large enough pool of eligible voters for the effect on the election to be manifest due to the extreme narrowness of the result.”

Pitt’s Graduate Student Organizing Committee kicked off its unionization effort in 2016 and filed for a union election in December 2017. Its reasons for wanting a union included higher wages, increased benefits, greater transparency and increased protections against discrimination and harassment.

Following the April elections, GSOC members alleged the University participated in voter intimidation through using administrators as poll watchers and implementing unlawful list-keeping practices. In one instance they referred to, Steven Little, the chair of the University’s Chemical and Petroleum Engineering department, sent out an email to the department disclosing the number of workers from their department who participated in the elections.

Organizers claimed that both of these practices are illegal at the national level. But since the University is a state-related institution, the decisions fell under the commonwealth’s labor board. A hearing was held in May to hear both organizers’ allegations and Pitt’s defense.

The University stands by its belief that graduate students are not employees and therefore cannot unionize. Pitt’s Office of University Counsel paid “union-busting” law firm Ballard Spahr $239,061 in fees between the summers of 2016 and 2018 to provide legal support during the separate graduate student and faculty campaigns for unionization, according to University financial disclosure reports obtained by The Pitt News.

Pitt spokesperson Kevin Zwick said the University received the ruling and does not believe it violated any laws during the election process.

USW International President Thomas Conway said in the press release that the University has stood in the way of graduate student unionization efforts “since day one.”

“This time around, Pitt must allow these workers to exercise their rights under the law and allow the democratic process to proceed without obstruction,” Conway said.

Olivia Enders, a graduate student in the Department of Instruction and Learning in Pitt’s School of Education, said in the press release that graduate students have known for a long time that they need to join together in a union.

“We hope Pitt learns from this situation and lets us exercise that voice without more illegal interference,” Enders said.