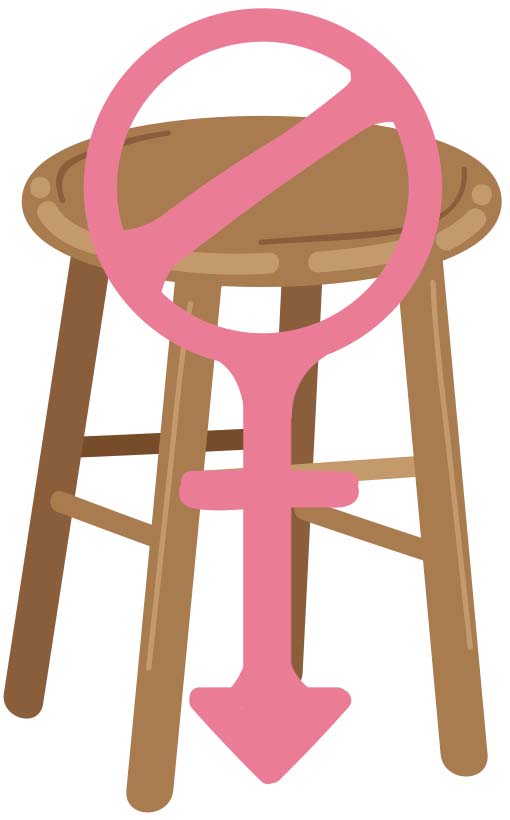 The first time I listened to the “Call Her Daddy” podcast, I was utterly appalled by both the profanity and absurdity of the ideas that the show was overtly promoting. And yet, every Wednesday, I find myself eagerly refreshing the app anticipating the source of weekly entertainment.

The blunt and provocative nature of vloggers Alexandra Cooper and Sofia Franklyn has given the Barstool podcast a five-star rating with more than 65,000 reviews. Although the audience includes both male and female listeners, the podcast is supposed to be revolutionary for women because it delves into the nitty gritty details of the modern dating scene from a heterosexual female perspective.

Through sharing their own personal experiences with men, Cooper and Franklyn provide all the necessary tips and tricks on how to master the “daddy game” — a game of manipulation and winning the power dynamic. While it seems like an inspiring and empowering way to include women in the conversation of casual sex, Cooper and Franklyn seem to do so through a dominantly male perspective.

Despite the entertaining and sometimes helpful advice, female listeners should refrain from using the podcast as a golden standard of rules in the dating game. The podcast exposes the manipulative tactics of men and explains to women how to play their game and ultimately win it.

In his guest appearance, he consistently referred to women as “holes” as he educated listeners about his successful strategy of lies and manipulation. Through recounting various sexual experiences, he revealed that he has yet to take a woman on a date and rarely even opens the door for them. He also gloated about the fact that although he has never been in love, he tells women he loves them so he can continue hooking up with them.

“Girls, most men are like this so I hope your ears are perking up and I hope you’re feeling like shit about yourself,” Franklyn said.

This kind of advice wrongfully shoves all men into a negative category and simultaneously conditions women to normalize and accept this kind of treatment. Cooper and Franklyn routinely remind women that adopting this mindset will make them better off. Yet learning to treat the opposite sex in a worthless manner does not equate to female empowerment.

In support of these outlandish notions, Cooper and Franklyn put an emphasis on performance in the bedroom and encourage women to drop everything else that might be included in the realm of a normal relationship. They advise women to remove any expectations from men, and to “brainwash” themselves into believing that they are merely a hole.

The conversation about casual dating and open relationships isn’t the problem with the podcast. But constantly re-enforcing that casual sex is all men want and women should cater their own desires and expectations to fit this rigid and extreme standard is worrisome.

Furthermore, the idea that women need to downgrade their status to the level of a sex object is even more dangerous to the conversation of casual dating. Rather than empower women to pursue the relationships they desire, “Call Her Daddy” teaches self-deprecation and limits their options.

Cooper and Franklyn put an emphasis on keeping up exceptional performance in the bedroom, remaining low maintenance, refraining from conversations about the relationship status, abstaining from any expression of emotion and staying noncommittal to anyone.

“If your behavior changes, especially if you’re starting to act more needy, he’s going to be terrified of you,” Cooper said.

The podcast routinely stresses that any demonstration of emotion or attachment is a turn off and that any progression towards a relationship must derive from the male’s end. For some women, this dynamic works. But for the women who may desire something other than sex, this kind of advice can be toxic and minimizing.

Cooper and Franklyn overgeneralize the dating world and normalize an abnormal pattern of treatment to a varied audience of listeners and subscribers.

By teaching women to replicate the strategies of certain men and blatantly ignore their own feelings and others, they contribute to a never-ending cycle of this power game. According to Cooper and Franklyn, the game never ends, not even in marriage.

“They still hate you and they’re still cheating on you, until they prove otherwise,” Cooper said.

This mentality is not only harmful to women, but it places men in an unfair category as well. To assume that all men — or even the majority of men — solely share an interest in sex, is unfair and inaccurate. It morphs the expectations of both genders and creates an endless power dynamic game that results in a toxic cycle for both parties.

So while Cooper and Franklyn may have cracked the code of the so-called “daddy game,” women should take this advice with a grain of salt. Not all men solely want sex, and women who want more should not neglect their own desires. Women might benefit more from a game that they create and write their own rules to — one that doesn’t abide by the aloof standards that certain men of the 21st century have regimented into the modern dating culture.