What are the odds: Football weekend 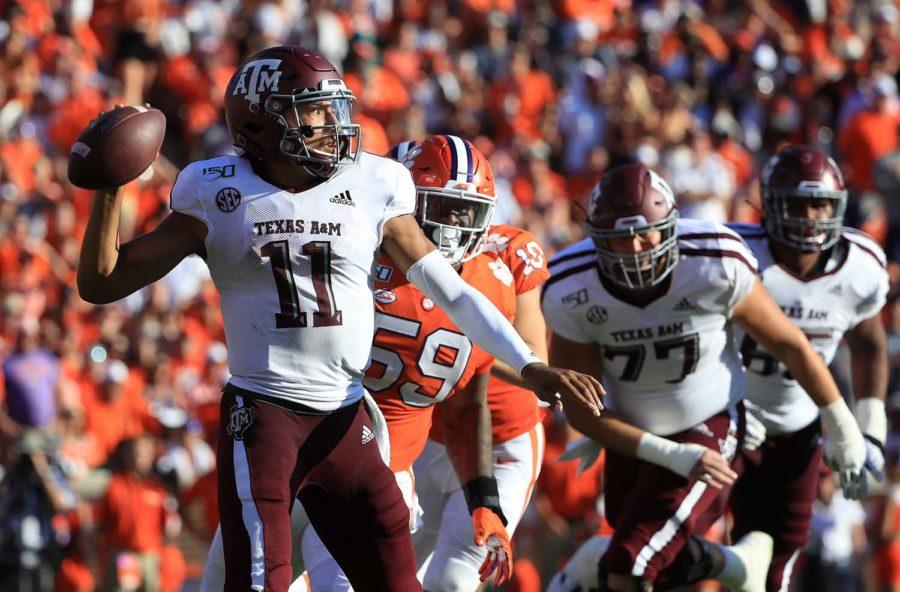 Welcome back to a new year of What Are the Odds, The Pitt News’ weekly destination for legal gambling discussions. Check back each week for new picks as we progress through the NFL and college football seasons to basketball, soccer, baseball and whatever else I happen to find interesting any given week.

A quick recap for those who are new to everyone’s favorite degenerate pastime — we’ll be looking primarily at spreads, money lines and over/unders for this series. Spreads are adjusted according to who oddsmakers favor in the matchup and by how many points. Money lines are straight bets on a team to emerge victorious. Over/unders, also referred to as totals, are wagers on the total number of points scored in any given matchup. New for this year, I’ll be incorporating parlays into my weekly picks. Parlays are combined bets where all the games included need to come out on top for the bet to cash.

All line info used in this series is courtesy of OddsShark.com. The Pitt News does not condone illegal gambling. Sports gambling is illegal in Pennsylvania under the age of 21.

So let’s get right into the action, looking first at Pitt football’s second straight top-15 matchup.

The Pick: Pitt and the points.

This is a massive game for both the Panthers and UCF. The Knights need to blow out every “Power Five” opponent they play in order to build up legitimacy, and so far they have done that. UCF comes in to Heinz Field off a 45-27 smashing of Stanford and ran over the Panthers last season 45-14 in Orlando. The Knights average 51.7 ppg and allow just 13.7 for a laughably huge differential of +38.

But as Pitt proved with its valiant effort at Penn State last week, this defense is not here to mess around. UCF first-year quarterback Dillon Gabriel has not yet experienced the sort of pass rush and athleticism that the Panthers will send at him on Saturday. Unlike last season, Pitt comes into this game with clearer expectations after seeing a nearly identical version of this spread system last year. Pitt and redshirt defensive tackle Jaylen Twyman will disrupt Gabriel’s rhythm and make him uncomfortable enough in the pocket to protect a vulnerable secondary. Combine that with a hopeful increase in offensive scoring output from junior quarterback Kenny Pickett & Co. and Pitt could be primed to pull off a massive home upset, derailing any playoff hopes UCF might cling to.

If you thought the 18 points the Patriots were favored by at Miami last Sunday was a large number, the New York Jets put that spread to shame this week. The Jets come into Foxborough down to their third-string quarterbacks, without impact players on defense like C.J. Mosley and Quinnen Williams, and getting more than three touchdowns’ leeway from Vegas. According to ProFootballReference, this is the highest NFL spread since Denver-Jacksonville in 2013 and the highest Patriots spread since 2007. The Jaguars covered their 26.5 points, losing 35-19, while the Patriots did not cover, beating the Eagles by a mere three points despite being favored by 24.5.

Three scores and change is a massive spread, but the Jets nearly gave that up to the hobbled Cleveland Browns at home. One can only imagine what the results will look like on the home field of a team that has outscored opponents 76-3 through two games and a coach that will never get sick of rubbing dirt in New York’s face.

Auburn (3-0) will enter College Station led by the arm of first-year quarterback Bo Nix. Auburn’s offense has been successful, albeit inconsistent, in Nix’s first three starts. Nix has completed just 52.4% of his passes so far. He’ll need to be more accurate against a defense that held No. 1 Clemson and sophomore quarterback Trevor Lawrence to just 268 passing yards with one touchdown and one interception.

A&M’s talented defense and Kyle Field’s hostile atmosphere will keep the young Nix out of rhythm and off his game, and propel A&M to a win in front of the 12th Man.

Some people live to sweat it out, experience the nervous thrill of being on the edge of your seat as a wager result hangs in the air. If, like me, you’re one of those people, then let these picks guide you to victory.

Both these bets are far from a sure thing. Betting against two of the more explosive offenses so far this season may seem risky, but Vegas is giving us a tantalizing number to play with. Kansas City looked unsteady in the first quarter against Oakland last week and remains without its best playmaker with Tyreek Hill sidelined. Baltimore will be playing down one of its own offensive impact players, as Mark Ingram could be limited, leading it to rely heavily on Lamar Jackson on the ground. Look for both offenses to run out of steam here in Week 3.

Meanwhile, two struggling offenses provide us with another chance to capitalize on low scoring. The Colts and Falcons combine for just 39.5 points per game on average, leaving us with a whole touchdown to work with. The Jacoby Brissett-led Colts have managed well enough without Andrew Luck, but a stiff Titans secondary could muzzle any real breakout plays from Indy.

As for Atlanta, Matt Ryan seems to be struggling with five interceptions already, while Devonta Freeman and the rushing attack have averaged just 65 yards per game. Atlanta’s defense has also looked good, including a great stand late last week to preserve a win over the Eagles. If a stingy Colts defense can limit the big plays from Julio Jones and Calvin Ridley, the under should cash easily.