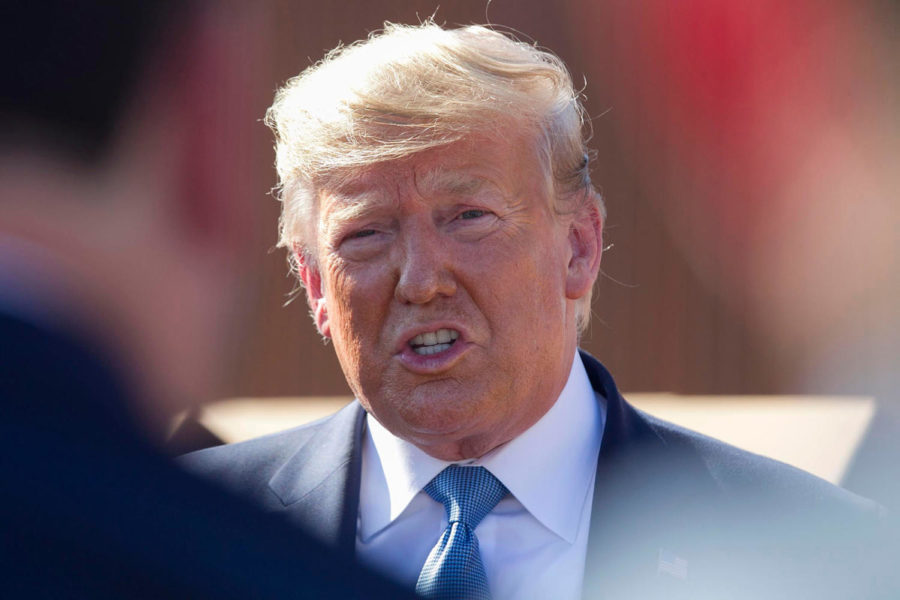 President Donald Trump visits the U.S.-Mexico border, east of the Otay Mesa Port of Entry in San Diego, on Sept. 18.

Impeachment certainly isn’t a new talking point in national politics. Americans have been calling for President Donald Trump to be impeached since before he even took office, but Congress hasn’t yet attempted to start the procedure.

Things might be changing now, however, in light of a recent scandal that could force Democrats to finally start impeachment proceedings. During a phone call with a foreign leader, the president allegedly may have used his political power to coerce that leader into actions that could influence a U.S. election. If this is the case, Democrats have no choice but to start impeachment proceedings.

The phone call took place between Trump and Ukrainian President Volodymyr Zelensky on July 25. Trump denied having withheld security aid from Ukraine to pressure Zelensky into opening an investigation to dig up damaging information about 2020 Democratic presidential candidate Joe Biden. The president did not, however, deny that he attempted to get a foreign leader to launch an investigation into his potential political adversary in the upcoming presidential election.

Trump falsely claimed that Biden pushed for a Ukrainian prosecutor to be fired because he investigated a business for which his son, Hunter Biden, served as a board member. But it wasn’t just Biden who saw the prosecutor as corrupt — several governments and international institutions did too.

None of this apparently mattered to Trump, who attempted to get Zelensky to launch an investigation into Biden to find information that could damage his 2020 campaign.

If this feels like deja vu, that’s because this is the second time Trump has been accused of working with another foreign nation to influence the outcome of a U.S. election. Trump was accused of colluding with Russia in 2016, and now he’s under fire again for possibly colluding with Ukraine.

Trump’s alleged actions could fall under “treason, bribery, or other high crimes and misdemeanors,” which are possible grounds for impeachment. There has been reluctance in the past to move for impeachment, since Speaker of the House Nancy Pelosi says Senate Republicans — who have the majority — are unlikely to vote against the president. There is also the fear that impeachment would cause Democrats to lose the House majority.

But now we’re faced with a moral dilemma. If Trump’s behavior was corrupt and constitutes an impeachable offense, not impeaching him would be accepting the president’s power to seek foreign interference in our democracy. It would alter our government’s system of checks and balances by giving this president and future presidents the ability to abuse his power and get away with it.

Impeachment might come at a political cost for Democrats. But the cost is much greater if they do nothing.